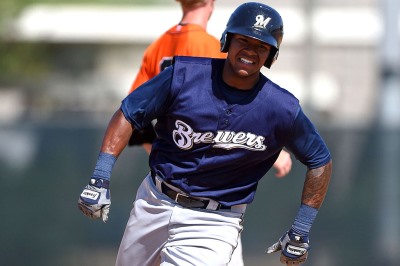 Famewatchers, let’s give props to David Denson for his bravery! He just came out as a gay man in an interview with the Milwaukee Wisconsin Journal Sentinel. More from CNN:

David Denson, a first baseman for the Milwaukee Brewers’ rookie affiliate in Helena, Montana, made baseball history this weekend by revealing that he is gay.

Denson, 20, publicly disclosed the news in a Milwaukee Journal Sentinel article after sharing it with his family and Helena Brewers teammates. The news makes Denson the first active player affiliated with a Major League organization to come out publicly.

In his interview with the Journal Sentinel, here’s what David said about his coming out to his teammates:

“Talking with my teammates, they gave me the confidence I needed, coming out to them,” recalled Denson. “They said, ‘You’re still our teammate. You’re still our brother. We kind of had an idea, but your sexuality has nothing to do with your ability. You’re still a ballplayer at the end of the day. We don’t treat you any different. We’ve got your back.’

“That was a giant relief for me,” Denson said. “I never wanted to feel like I was forcing it on them. It just happened. The outcome was amazing. It was nice to know my teammates see me for who I am, not my sexuality.” 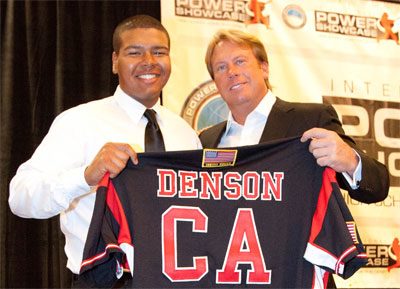 What happened when David came out to his family? He first told her sister, Celestine, who revealed that she actually kind of knew about David’s sexuality “since he was little”. He then came out to his parents who had a harder time accepting the fact of his gayness but they eventually did support their son.

They weren’t too happy about it at first, though I think they sort of knew since I was little. They were afraid I’d be judged. They jumped right into the stereotype. No parents want to see their child discriminated against and talked about and put down.

I don’t question that they love me. They never said they were upset about me being gay. It was harder on my dad than my mom. He’s a very hard-core Christian and he goes off the Bible and all that, which I completely understand, growing up in the church. I’m a Christian myself.

It was an eye-opener for him. He finally came to terms with it. Coming out to my father was even harder than coming out to my teammates, because I knew how he felt about it. He grew up in sports, and I heard him talk (in derogatory fashion) about gay guys. That was hard for me to hear at the time.

But I’m his son and he said, ‘It’s your life and it’s who you are. I love you.’ There’s a difference between accepting it, and supporting it and respecting it. I know he loves me and supports me and has my back.

David Denson Boyfriend? Since we are all about celebrity relationships this week, we can’t help but wonder about David’s relationship status? Is he dating anyone? Does he have a boyfriend? Who is the lucky guy?

If David is still single and available, his friends should hook him up with Sean Conroy, another gay baseball player who is currently for the minor league Sonoma Stompers. 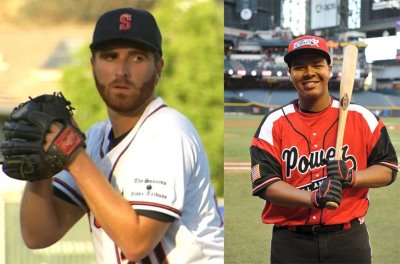 Will David Make it to the Big Games? Although we here at Famewatcher are happy about David’s coming out, we can’t help but feel a little apprehensive for him. Will the major league embrace him fully? We hope so! Will baseball fans? We sure hope so!

Will the media scrutiny break him? We sure hope not!! Will he be judged more strictly than his baseball peers? Please God, no!

Our apprehensions for David’s future in Major League Baseball is tempered by Doug Melvin’s statement of support for the gay baseballer:

“David is a highly respected member of the Milwaukee Brewers family, and he is a very courageous young man,” said Brewers GM Doug Melvin in a statement released Sunday morning. “Our goal for David is to help develop him into a Major League player, just as it is for any player in our system, and we will continue to support him in every way as he chases that dream.”

For those who are wondering, Doug Melvin is the General Manager for the Brewers which means he is the Boss Man! Props to him for being in David’s corner.