Dmitry Tursunov Shirtless, Underwear, Gay or Girlfriend? For today’s edition of male tennis players in their underwear, here’s Russian hunk Dmitry Tursunov in his black Calvin Kleins underwear. Dmitry took the blogging world by storm a few years ago with his funny stories about Marat Safin and other tennis players. Sadly, he is no longer blogging. 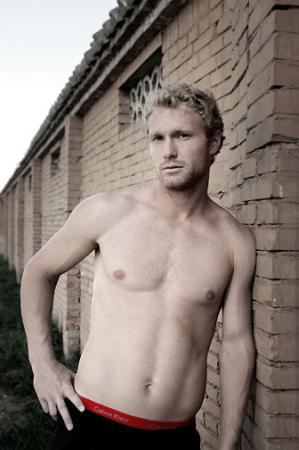 Update: Dmitry Tursunov Shirtless Modeling Photos. Damn, is Dima the sexiest tennis guy these days? Check him out as Mr. December in the ATP Calendar for 2010 (photo by Corrine Dubreuil). That’s one hot, shaggable man. 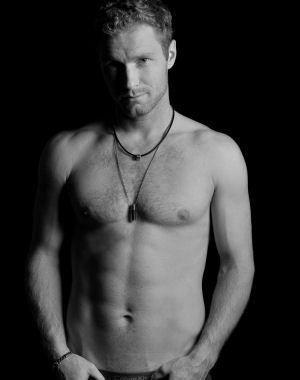 He’s even hawter and more shaggable in his picture from a magazine photoshoot.

Now that’s the kind of trimmed chest hair that our friend Deena loves. She says men should not shave or wax their chest hair because they’re not babies (“Only babies should be smooth.”) but neither should they leave it long and uncut because a very hair chest can be messy, dirty, and a turnoff (“An uncut grass in the lawn can attract vermin”). 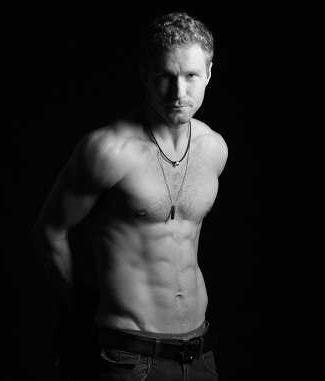 Damn. This Dima is actually as handsome as that other Russian hunk, Marat Safin, isn’t he?

Dmitry Tursunov Gay or Girlfriend? Is our Dmitry gay or straight? And does he have a girlfriend? He is straight. But we do not know whether he is seeing anyone at the moment. We will update this post if we find more about any Dmitry girlfriend.

Despite his straightness, our Dima ain’t got no problem kissing a dude. He locks lips with fellow Russian player Ivan Andreyev during a tennis match. It kinda reminds us of of the intimate photo between football players Zlatan Ibrahimovic and Gerard Pique. 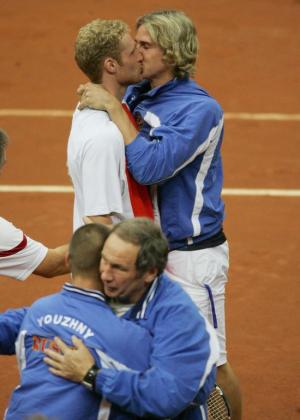 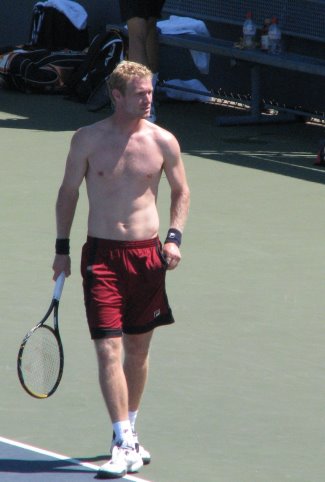 Is it us our does Dmitry kinda resemble American tennis great Jim Courier? Curly hair, pale skin, kind of a redhead? 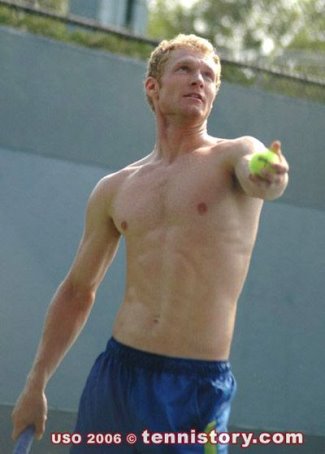 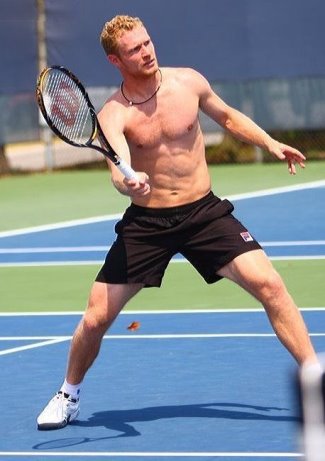