Yes he is cute but he ain’t just cute, he is hawt, hawt, hawt as well. And yes ripped jeans are very much in style. In fact, we doubt it will ever go out of style. Want more mens ripped jeans? 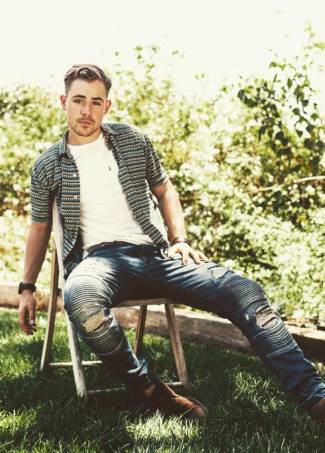 Dacre exudes an old school hotness in the pic above, no? 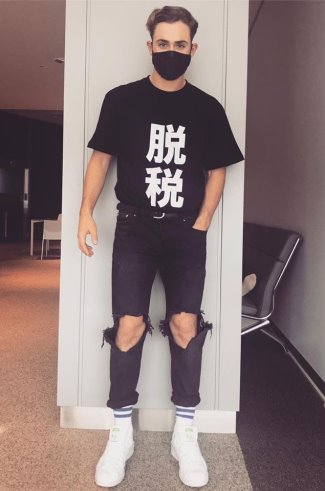 Anyhoo, for those of you not familiar with him, Dacre is an Aussie import who stars in the second season of Stranger Things. We don’t want to spoil the show but we can say that the boy can act. He’s a damn good actor in fact. Come to think of it, is there any Aussie actor in Hollywood who cannot act? Seems like all of them are really good actors. Well, one can say that Iggy Azalea cannot really sing or rap but we are talking about actors here not singers.

Dacre Montgomery Gay or Straight? We do not know. If we have to have to guess, we’re gonna say he is straight mainly because 90-95% of people are straight. We are not sure though about Billy, Dacre’s role in Stranger Things. Our friend Kevin suspects that Billy is gay who may have a crush on the Steve Harrington played by Joe Keery. Well, we gotta wait for the third season of the Netflix show to see whether Kevin’s gaydar is spot on.

Dacre Montgomery Shirtless Photos. This section is for those of you looking for shirtless pics of our Aussie newbie. 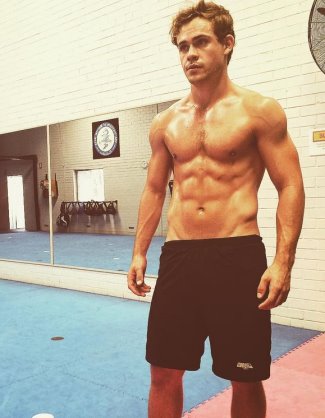 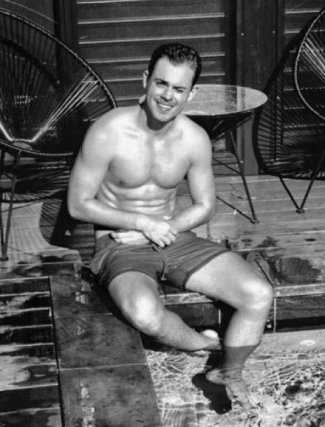 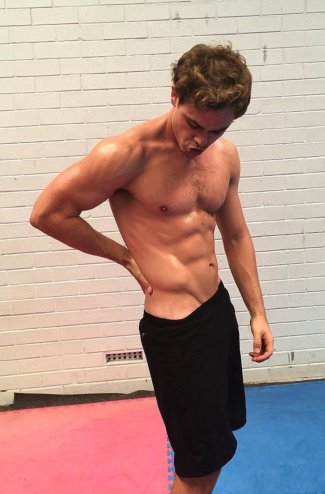 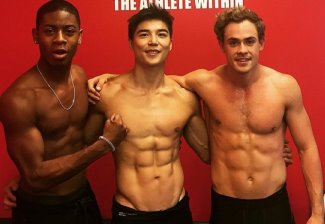 Dacre Montgomery Girlfriend? What is Dacre’s relationship status at the moment? Does he have a girlfriend? Maybe a wife? Well, truth be told, we do not know anything about the Aussie actor’s current dating status. But we will update this post when we have the info in the future.

On life after Stranger Things. In an interview, has this to say about how his life change since his Stranger Things gig which, undoubtedly, made his star rise higher in Hollywood:

It’s been good, I feel like I’ve remained very humble. I bring my friends with me wherever I go. I feel extremely happy that I get to do what I love. I get to travel the world with my friends who are the cast, and my other friends back home from Perth. Whenever I’m not working I’m back home in Perth. I get to do what I love and there’s nothing better than that. Stranger Things I hope will put me in a place where I can have a long and successful career surrounded by other people and artists that I love, which is what I’m doing right now.

Dacre Montgomery Underwear or Short Shorts? Is he wearing underwear in the photo below or is that a pair of shorty short shorts? 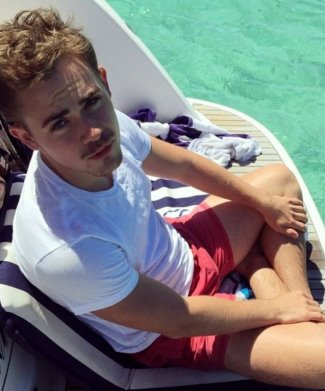