Cressida Bonas Bikini Beach Photos. Hey, look who’s looking pretty good in her two-piece bikini swimwear? It’s Prince Harry’s on-again and off-again girlfriend, Cressida Bonas. For those of you wondering, that’s her on the left. Cressida and Prince Harry are currently on-again so they’re the “hottest couple” for our friends in Merrie Olde England. 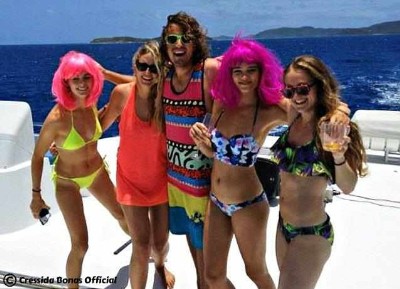 Did you know for instance that our ginger Prince sent a message intended for his ex-girlfriend Chelsy Davy to his current squeeze. What a SCANDAL! blare the London tabloids. Well, considering its Prince Harry we are talking about her, it’s not really a scandal if you “miss-send” a text message, is it? Him getting nekkid in Las Vegas? Now that’s a scandal.

What do you think of these Cressida Bonas bikini photos? 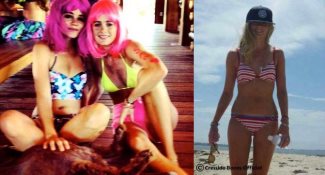 Girlfriend, them striped bikini swimsuit is not doing you any favors. But let’s move on from these Cressida Bonas bikini photos to appreciate her lovely braid. 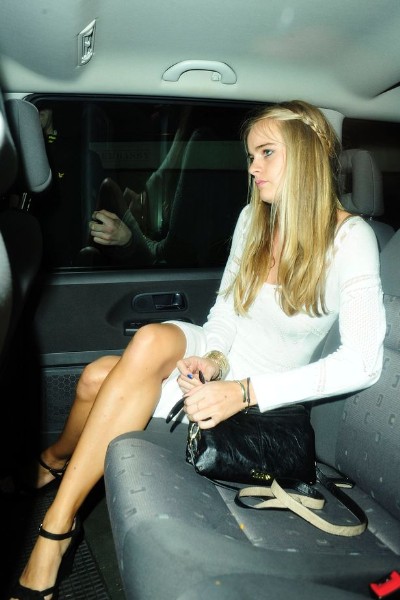 But we are liking the braid in your hair. Very Greek goddess!

As for Chelsy Davy, last time we checked she was dating a guy named Dominic Rose but we’re not sure if they are still an item. [See Chelsy Davy’s New Boyfriend.]

By the by, what do you think of the idea of possible Future Princess Cressida appearing on a reality show? The Daily Telegraph is reporting that a friend of hers is hoping to convince her to join Made in Chelsea. From the Daily Telegraph:

Jamie Laing, a cast member in Made in Chelsea, says he is “very good friends” with her and is trying to get her to join the reality television series. “She’s a lot of fun and actually the love of my life,” he asserts on OK! magazine. “I was at Leeds University with her, but she went out with one of my friends, then another friend, and then Prince Harry. It would be great to get her on the show, but I don’t think she’d do it.”

Well, we hope she doesn’t accept the invite. If we were in her shoes, we’d like a reality show that focuses on ME, I, and MYSELF. We’re dating the Prince, the most eligible bachelor in the whole wide world, why would we want to be a bit player in an already established reality show?

In conclusion, if you are wondering what Cressida’s ex looks like, check him out. Maybe we could we have him for our beau since he’s no longer with Cressida? 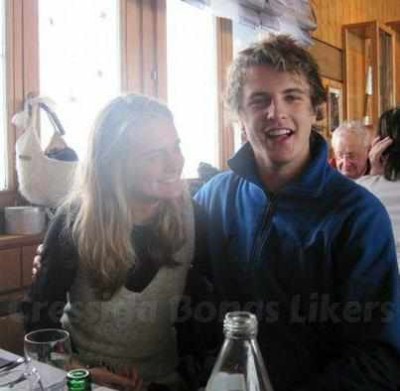 Update for original April 2013 post: So, this update is intended to tell you that Cressida and Prince Harry called it quits. Since they are both young, we are not surprised at all. They should enjoy the world before they tie the knot whether with each other or with other partners.