Collabro Underwear and Shirtless Photos. Today in men in boxers, we bring you the British singing group Collabro! Yay! This pic is from a photoshoot they posed for about five years ago for Attitude Magazine. Props to the boys — and the Attitude editors — for bringing back the classic white boxer shorts look. 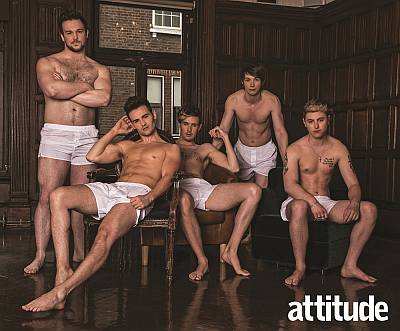 We must admit that we are not familiar with this group but learned about them when Divina De Campo of Rupaul’s Drag Race UK wrote a post on Instagram about performing with one of the Collabro guys, Michael Auger.

Anyhoo, after some interwebz reading, we learned that these singing dudes won the eighth season of Britain’s Got Talent and that they’ve released five albums one of which peaked at number one in the UK while another peaked at number two.

Initially, the group was made up of Michael Auger, Jamie Lambert, Matt Pagan, Thomas J. Redgrave, and Richard Hadfield. However, Hadfield left in 2016 and embarked on a solo career because of differences with the other members.

Here’s what he said in an interview with the Evening Standard at the time he quit three years ago:


People think that as I left, I automatically think I am better than everyone else, that I can do it alone. That was not the intention. I just left as I wanted to be happy. People were like, ‘Can you really afford to leave the band at this stage?’ But that’s not the point, it’s not about money. It was way past that. It wasn’t easy to walk away. The music industry can bring out the worst in people.

He adds, “When you are thrust into that position, in the deep end like you are with Britain’s Got Talent, people change. People aren’t who you thought they were.”

Whatever it is that caused the rift between him and the rest of the boyband, we hope they left it behind them and eventually be on good terms with each other. Collabro on the cover of GT Magazine. Oh my, don’t they look good in white tank top and jeans! 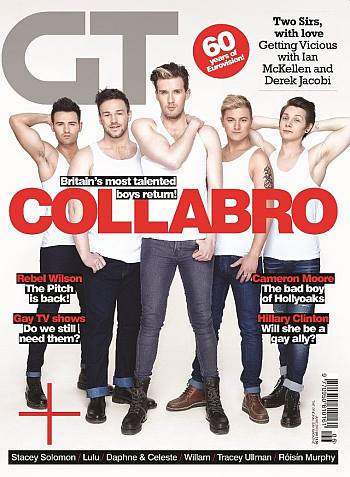 They’re all rocking the shirt and tie look! 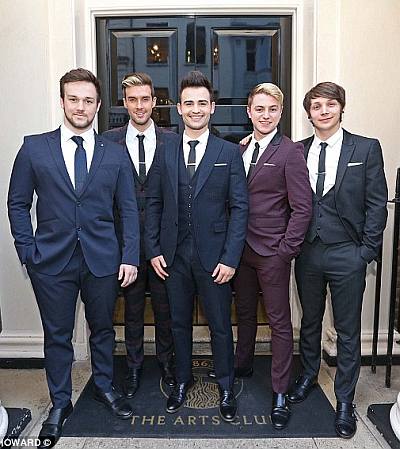 They sure are rocking the suit look, don’t they? 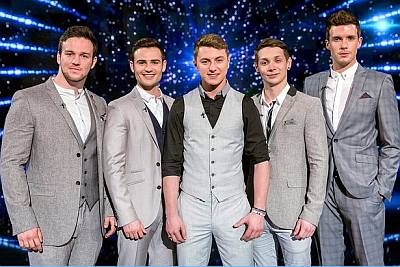 Looking hawt in their suit and tie.

Another photo of the group where they ditched their suits and went for the jeans and tank tops/shirt look. 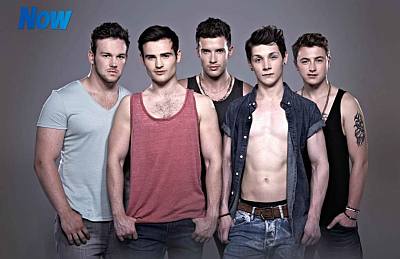