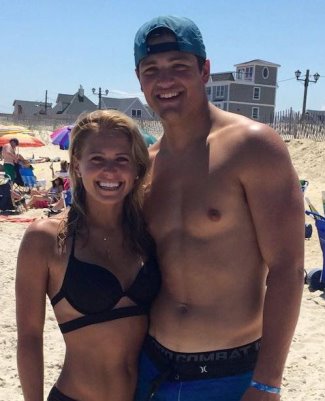 Christian Hackenberg Girlfriend. The girl, as you may have already guessed, is his girlfriend. Her name is Tatum Coffey. She is, like, her beau also from Penn State. She is also sporty and was, in fact, a member of the Penn State lacrosse team. Tatum graduated with a degree in broadcast journalism so don’t be surprised if she, one day, appears on your teevee as a journalist or news anchor or something. 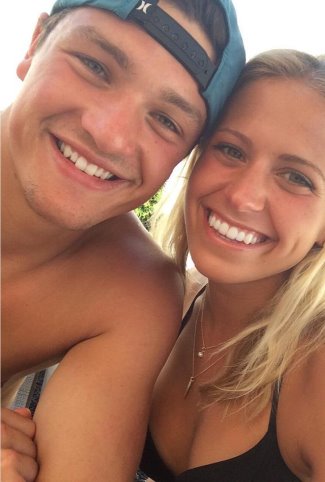 If these two ain’t a happy couple, we don’t know what is. They kinda remind us of Survivor San Juan del Sur’s Jon Misch and Jaclyn Schultz. 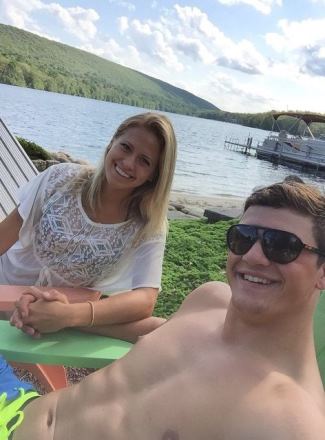 These two sure are inseparable, ain’t they? We’re trying to find a Christian Hackenberg shirtless pic where he is by his lonesome but we can’t find any. Hehe. 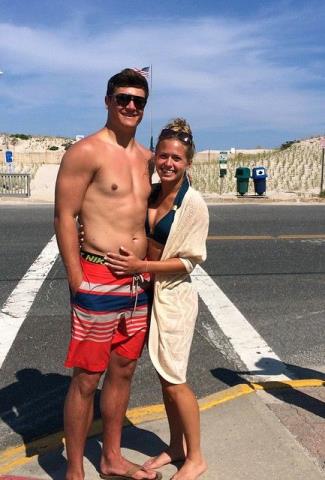 Smile for the camera, lovebirds! 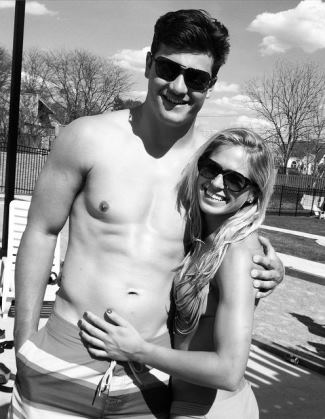 As some of you already know, Christian is now with the New York Jets. He was picked by the Jets in the second round (51st overall) during this year’s draft.

Christian Hackenberg Salary. So how much is he going to make as an NY Jets quarterback? According to overthecap.com, he signed a four year contract worth $4.66 million. Specifically, he gets a $1.589 million signing bonus and $2.039 million in guarantees. So, our Christian is a legit millionaire at only 21 years old. How cool is that? Of course, he might end up becoming a multi-millionaire if he proves that he is a great quarterback and a valuable member of the NY Jets and, in the broader scheme, the National Football League.