Celebrity Strapless Dress: Angelina Jolie’s White Dress. Angelina Jolie, star of the upcoming spy-movie Salt, is looking sexy and divine in her strapless white dress. La Jolie is in Mexico to promote her movie about a CIA agent accused of being a Russian spy which is very very timely. If you’ve been reading the news lately, you would already know that the CIA just busted a group of Russian spies working as moles in several U.S. agencies.

Wow. Who’d have thunk this news will break around the time La Jolie’s movie is gonna be shown? 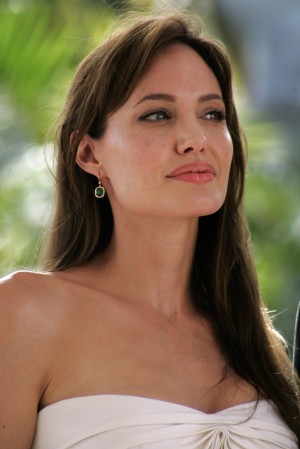 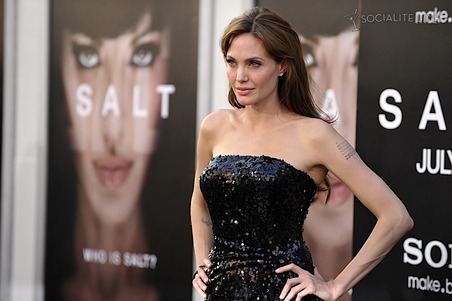 Salt star Angelina Jolie sparkles in her black Armani mini-dress during the premiere of her movie (which we’re betting is gonna be a blockbuster) in Los Angeles. Oh, she went to the premiere with the best women’s accessory ever – the ever handsome and now clean-shaven Brad Pitt. Thank God he got rid of his atrocious beard is all we’re gonna say. Hehe. 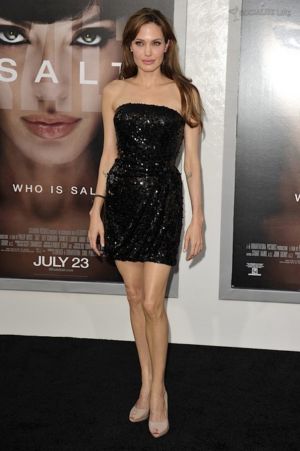 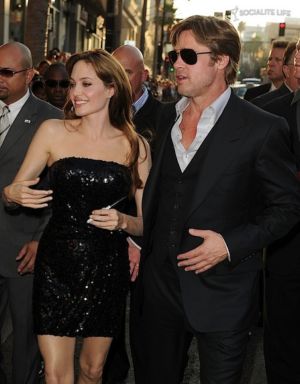 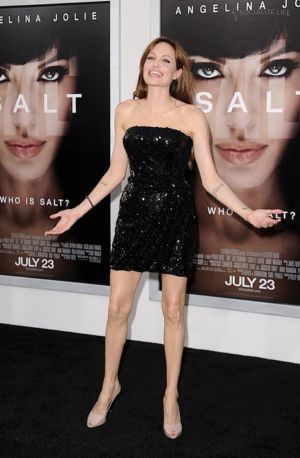 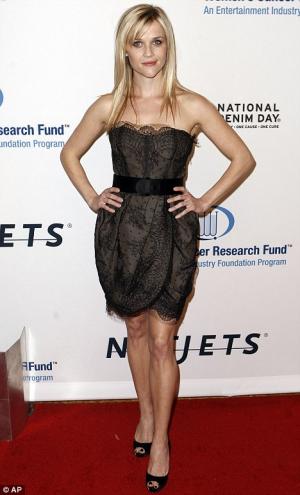 If country singer Taylor Swift is looking great in her red dress, we’re afraid we can’t say the same thing for Reese Witherspoon in her grayish black strapless dress. The dress does not look good at all (Deena calls it a sack tightened at the middle and we gotta admit that she’s got a point) while Reese is looking haggard.

What’s up Reese? Did your stylist run away from you?