Miles Austin Shirtless and Gym Workout Photos. The shirtless picture of Miles Austin, wide receiver for the Dallas Cowboys, may not be the best but we can see why Kim Kardashian fell for him, no? It’s them perfect washboard abs. 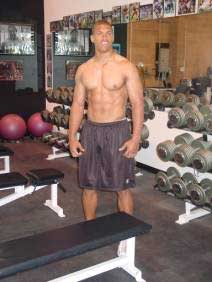 Photos of Miles in his body-hugging football outfit and Miles and Kim on a date. 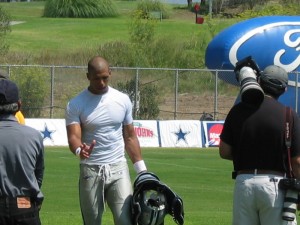 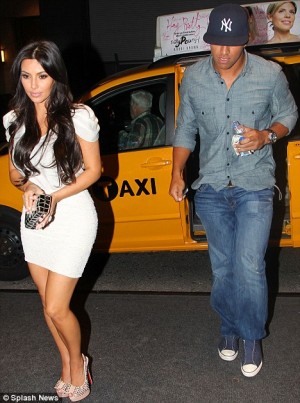 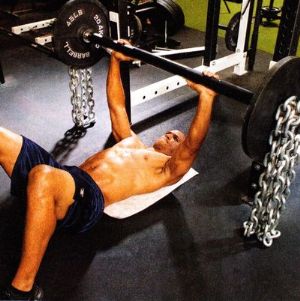 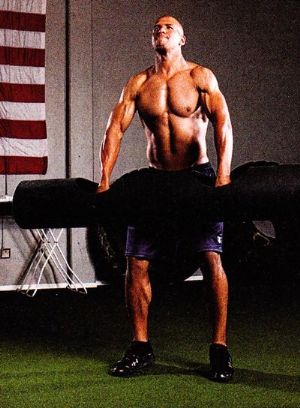 What is he doing? Pull-ups? 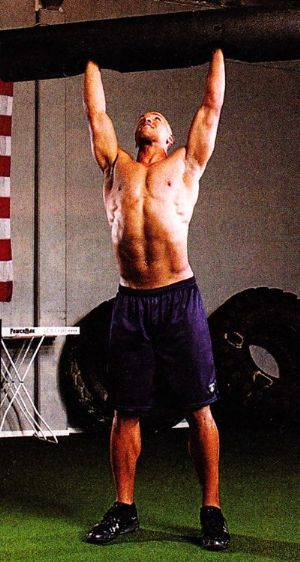 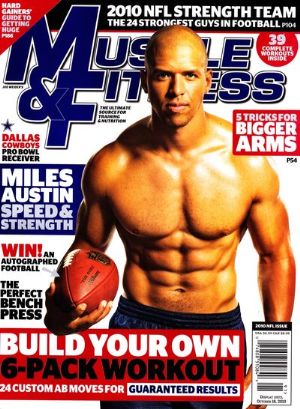 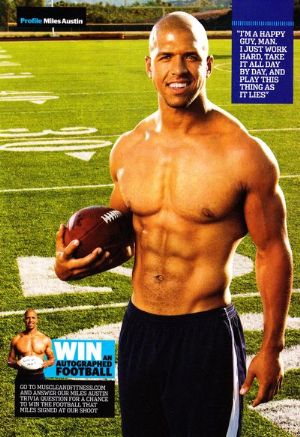 More info on Miles for those of us who are just discovering his hawtness (info culled from his wikipedia page):

He’s apparently an all-around athlete. But he decided to pursue pro-football which is a good thing for us fans of hot football guys, eh?