Celebrity Speedo Swim Briefs. We’ve checked out what famous female celebrities are wearing to the beach or to the swimming pool this summer, now let’s see what their male counterparts are wearing.

First up is our favorite sports jock Ryan Lochte who deserves some praise for bringing back the skimpy Speedo to the swimming pool. If he manages to inspire other swimmers to ditch those silly swim jammers, we’d be indebted to the Lochtenator forever and ever. Hehe. 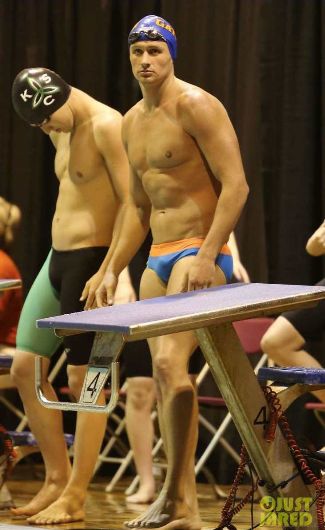 Now, when we show you Ryan Lochte wearing a pair of Speedo swim briefs, it’s but proper that we also show you his fellow American rival Michael Phelps, right? Check him out beside a swimming pool at the Fontainebleu in Miami. 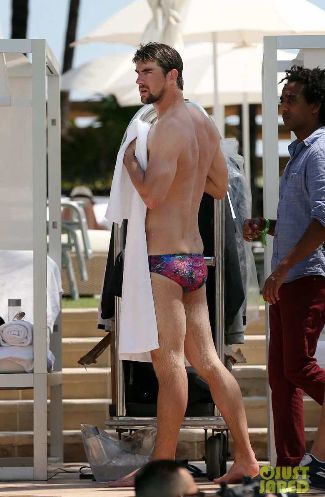 Another famous athlete who deserves to be added to our list of Celebrity Speedo Swim Briefs Hottie is British diver Tom Daley seen here at the 2013 USA Diving Grand Prix in Fort Lauderdale. Did he win a medal? We don’t know. We’re blinded by his awesomeness so we didn’t bother to find out whether the bronze Olympic medalist bagged a medal in Fort Lauderdale. [Update: Turns out that an injury forced the 19-year-old diving cutie to withdraw from the USA Grand Prix.] 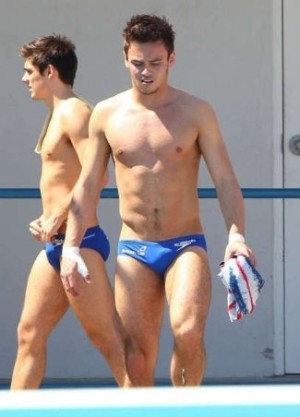 Next up in our group of bikini-wearing studs is Famewatcher favorite Thom Evans seen below modeling a briefs-style swimsuit for D. Hedral. Whattahunk! 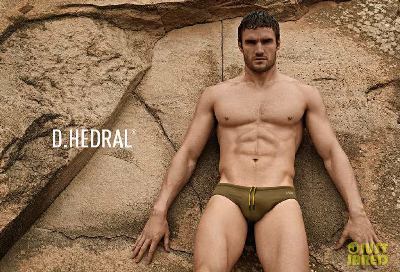 Want more bikini swimwear models? Let’s check out fitness model and personal trainer Zac Meredith in a pair of 2eros swimsuit. Our friend Kevin says this 2eros suit is something he would wear while bumming around the beach this summer. Would you? 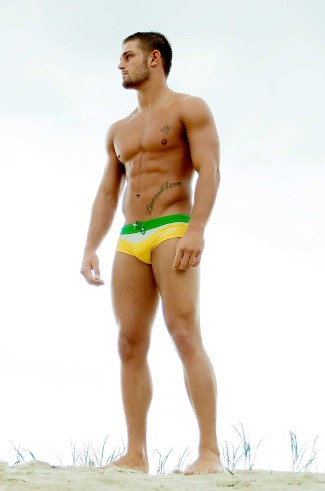 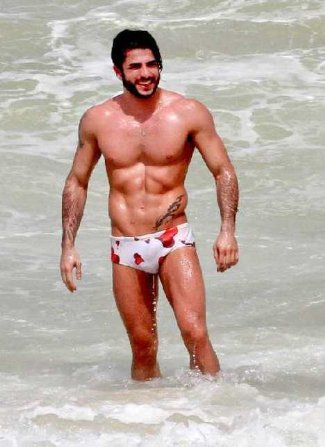 Not surprisingly, the Boy From Ipanema is accompanied by his boyfriend, the equally good looking Marc Jacobs. He sure is lucky for snagging a Brazilian hunk. 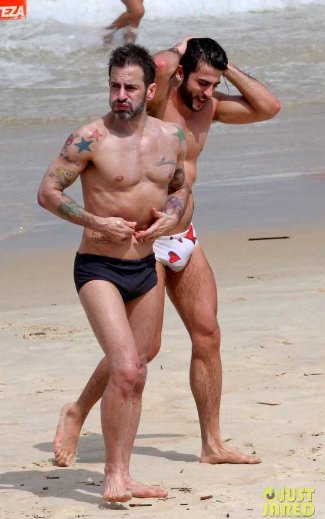 We know you want more Brazilian hunks so here’s Mr. Brazil 2013 Reinaldo Dalcin. Pretty hawt, eh? Kevin loves him because he’s “got all the right muscles in the right places”. 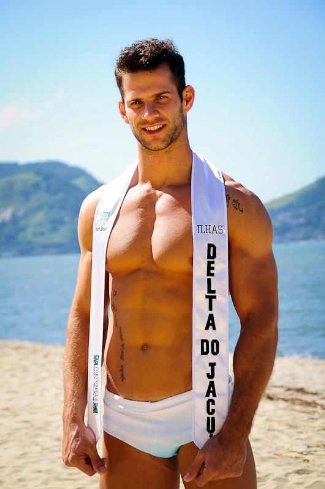 American male model Benjamin Godfre may not be as muscled as Reinaldo but he is just as hawt. [Deena says Benjamin is actually way hotter than Mr. Brazil. What do you think?] We love that he’s wearing a patriotic swimsuit! Can someone please make a joke about the jock who raises the flag with his pole? Hehe. 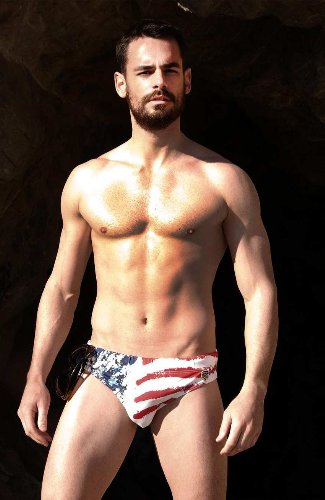 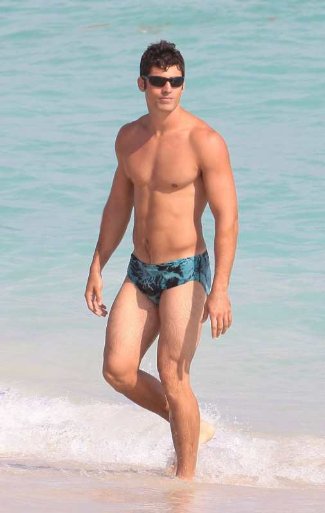