Celebrity Bomber Jacket Fashion Picks. This updates are for those of you who are looking for celebrities in leather bomber jackets.

We begin with David Beckham who was spotted wearing Adidas leather bomber jacket in the photo below. Specifically, he is wearing a Adidas Originals X James Bond jacket.

Aside from Adidas, Becks wears other leather brands too. In fact, as we mentioned in another post, the world famous footballer is instrumental in popularizing the Superdry leather hoodie particularly among celebrities. 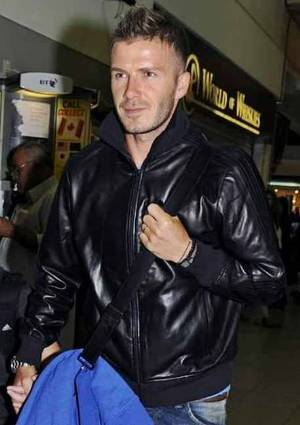 Next up in our group of bomber-jacket-wearing celebs is Spanish beauty Penelope Cruz who is seen here in this photo with husband Javier Bardem wearing a Gucci leather jacket. 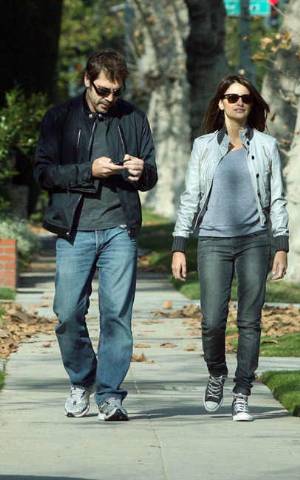 For her part, country superstar LeAnne Rimes was seen at the Los Angeles Airport dressed in this 3.1 Phillip Lim leather bomber jacket. 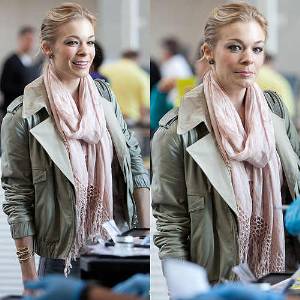 Of course, bomber jackets are not just for adults, they are cool and stylish for kids too. For example, check out this leather bomber jacket from your quintessential American clothing label, Levi Strauss and Company. 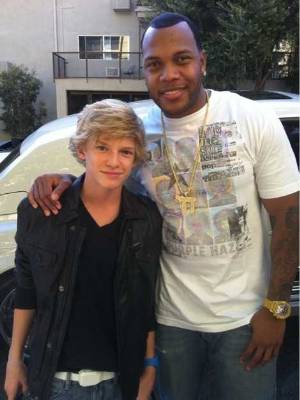 You’re not familiar with Cody Simpson, are you? Hah! You must be an old man/woman. Hehe. Cody is a 14-year-old Australian pop singer/songwriter who may be on his way to becoming the next Justin Bieber. Like Justin, he was discovered on Youtube. [Update: Cody is no longer a youngster, in fact he just broke up with Miley Cyrus.]

Speaking of kids wearing leather jackets, we are very tempted to include British actor Russell Brand in our list of kids in leather. 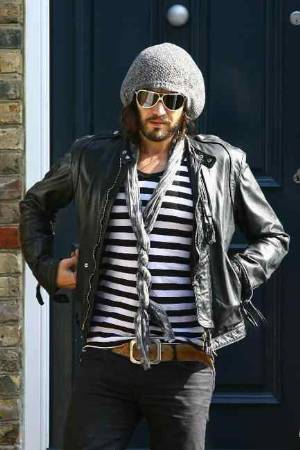 Why, you ask? Because we think he wasn’t acting in that Arthur movie he starred in. Don’t you think he’s really a kid trapped in an adult’s body?

…..
Bomber Leather Jacket for Men: D & G and Other Celebrity Brands (23 February 2010). Looking for a sexy leather jacket to pair with your khaki pants? Well, you should follow this male model’s example and get yourself a bomber leather jacket by Dolce and Gabbana. It’s fit and snug and as awesome as Scottish hunk Ewan McGregor who is, as you may already know, very much a leather guy. 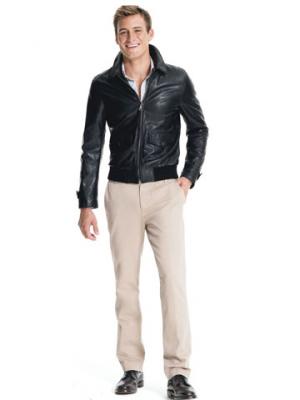 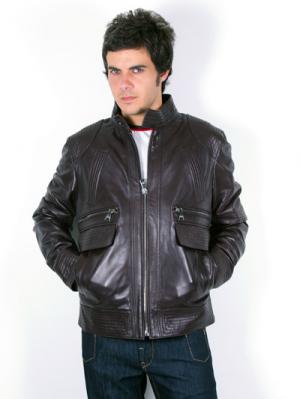