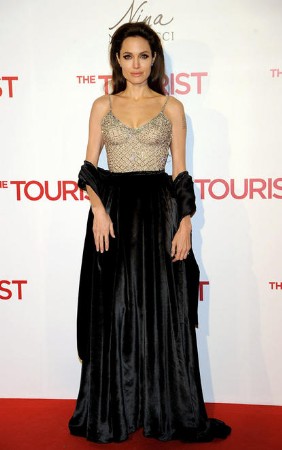 Celebrities Wearing Versace Gowns: Angelina Jolie. The fabulous Angelina Jolie continues to promote The Tourist in Europe. Her Fabulousness is, according to Just Jared, wearing a “Swarovski encrusted top with a full black pleated velvet skirt and a velvet shawl, all from Atelier Versace”. Pretty cool, no? These photos were taken during the Madrid premiere of The Tourist at the Palacio de los Deportes. Earlier, our Angie wore a Versace dress during the New York premiere of her movie. 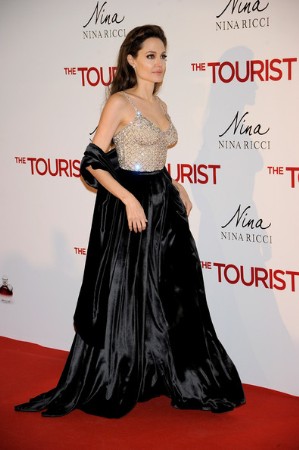 These two sure look good together, don’t they? 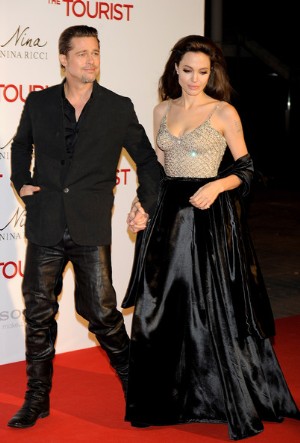 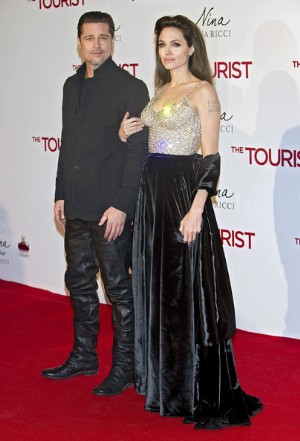 More Celebrities Wearing Versace Gowns (21 August 2011). Aside from Angelina Jolie, other famous Hollywood celebs have been spotted wearing (and, we must say, rocking) their Atelier Versace gowns. For instance, here’s the gorgeous South African beauty Charlize Theron in a Atelier Versace Fall 2008 Dress. The Oscar-winning actress (for the 2003 film Monster) wore this fabulous silvery gown to the Venice Film Festival 2008. 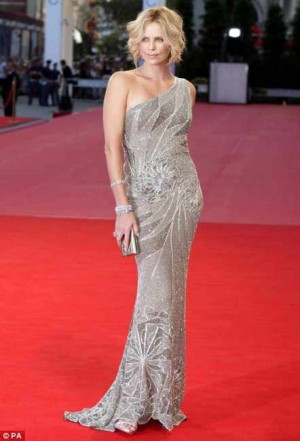 Next on our list of Academy Award-winning actress who loves her her Versace gown is lovely Spanish babe Penelope Cruz. Penelope, who won a best supporting Oscar for her role in Vicky Cristina Barcelona, is seen here looking pristine and gorgeous in an Atelier Versace Spring 2009 White Gown. 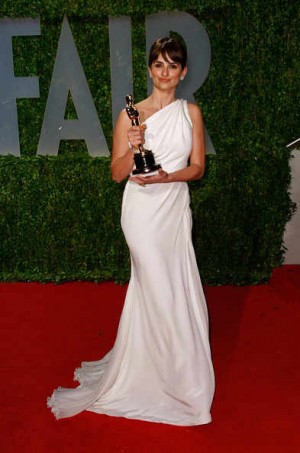 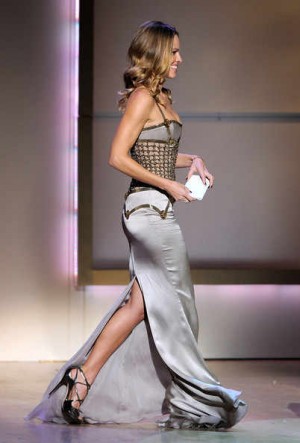 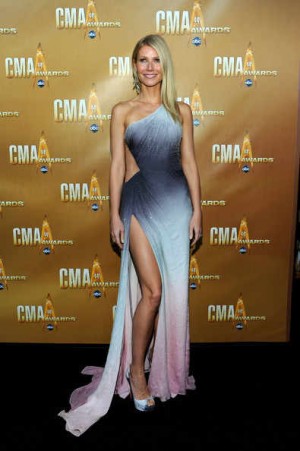 Anne Hathaway has not yet won an Oscar but she’s a member of a smaller and more elite club, i.e., The Club of Celebrities Who Hosted The Oscars. She’s a talented actress so its not unlikely that she’ll bag her own Oscar in the future. In fact, she already earned a nomination for her 2008 movie, Rachel Getting Married. 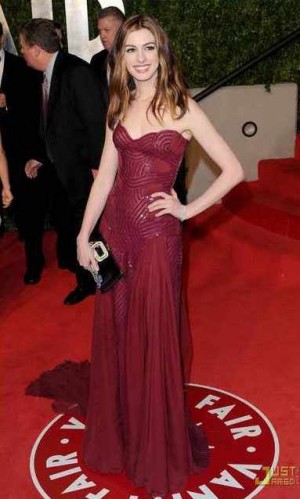 Note: The Angelina Jolie entry was originally posted on 20 December 2010