Hot Male Models in Their 40s. Dutch male model Mark Vanderloo is a one hot model daddy. Not only is he a real daddy (he’s father to two children Emma and Mark), he remains one of the top earning male models at a ripe old age of 43. Well, he’s not really “old old” but he’s old by the ageist standard of the fashion world. 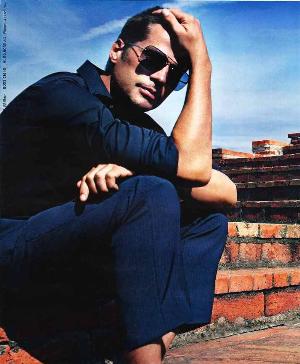 Now, don’t you just love his body-hugging shirt in this advert [with the gorgeous Angela Lindvall] for the Cesare Paciotti Fall Winter 2011 collection? 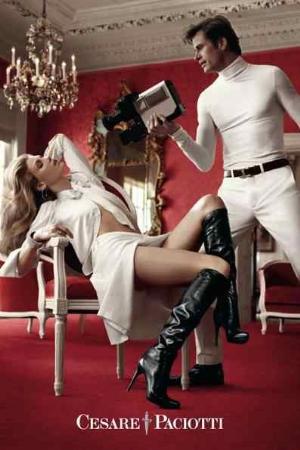 Anyhoo, as we were saying, this sexy Dutch daddy is still bringing in the big bucks. In fact, models.com ranks him in seventh place in its list of current Moneymakers. He’s the only “old” dude in the list populated by twinks. Incidentally, he also tops the list of Male Model Icons.

One of Mark’s earlier 1990s modeling photos which propelled him to his male supermodel status which he still currently enjoys. 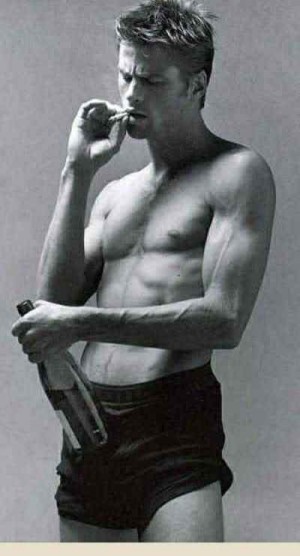 Models.com also reports that our Mark continues to model for high-end brands such as Hugo Boss, DKNY, Cesare Paciotti, and many others. It’s also worth noting that he’s also the model for Commander Shepard, a character in the Mass Effect video games. We’re guessing this means his “demographic” is not limited to the fashionistas but includes gamer geeks as well? 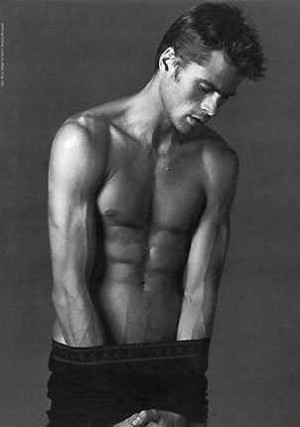 If you are an aspiring male model, you should aspire to become the next Mark Vanderloo. Why? Because he epitomizes what may be the most important thing in the modeling world: longevity at the top. A lot of models reach the top, but – unlike Mark Vanderloo – most of them have very short careers at the top of the hill.

Want more hunky Dutch men? Or would you rather check out these hot men in their 40s?