CeFaan Kim Girlfriend, Wife, Wedding, ABC 7 New York Reporter. Let us continue blogging about hot men in the media and, this time, let us check out CeFaan Kim who currently works as a reporter for ABC7 NY Eyewitness News.

The Korean-American journalist joined the Eyewitness team five years ago in September 2015 following stints with News 12 Westchester/Hudson Valley where he worked as a reporter and with NY1 News where he was a photographer and field producer. Before he joined the media biz, CeFaan was with the U.S. Army Reserves.

More details about our media hunk of the day from his abc7ny.com profile: “Born and raised in Philadelphia, CeFaan graduated from New York University where he majored in Broadcast Journalism. He is a former sergeant in the U.S. Army Reserves; he graduated from Non-Commissioned Officer’s Academy on the Commandant’s List. In addition, CeFaan is a member of the Asian American Journalists Association and serves as co-chair of its Media Watch Committee.” 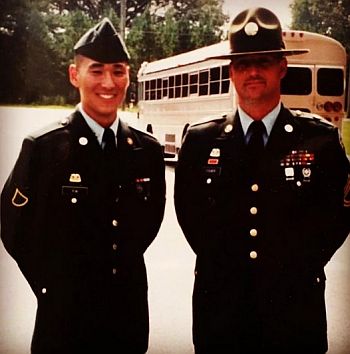 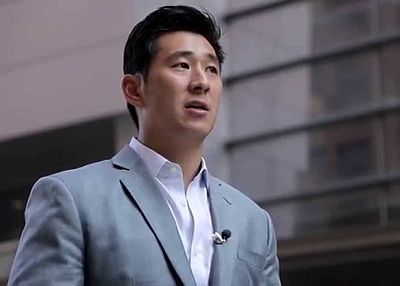 CeFaan’s broadcasting work has seen him cover the Chelsea terrorist bombing, the Metro-North train crash, the 2008 presidential campaigns of Hillary Clinton, Rudolph Giuliani, and Barack Obama. He’s also doing a great job covering the Asian-American community in New York City, a demographic which is often just a footnote for most media companies.

CeFaan chilling in the studio with the Eyewitness News anchors. 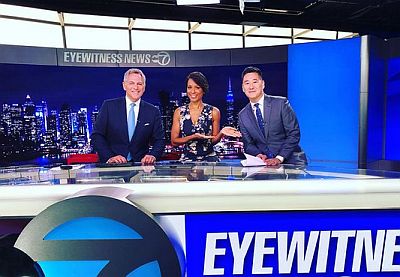 In his element reporting from the field: 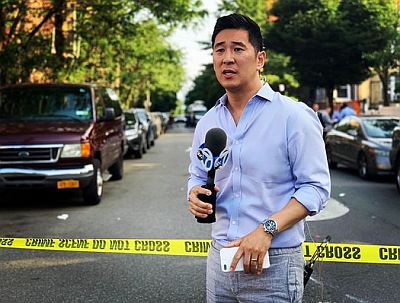 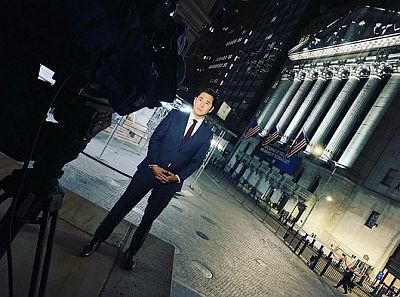 CeFaan Kim Gay or Straight? Girlfriend or Boyfriend? He is straight and is very much married to wife Grace. Here are photos from their wedding which we grabbed from knsaber.com. The couple are now the proud parents of a young girl who was born in 2018. 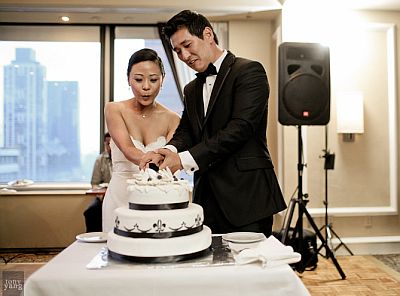 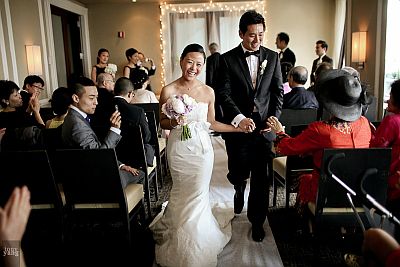