Carlos Ponce Speedo, Underwear, Shirtless Photos. Like all of us, Carlos Ponce is a decade older now. Unlike probably most of us, he is aging like fine wine and is looking as hot and as desire-inducing (hehe) as the first time we blogged about him back in April 2009.

By the way, did you know that he was in the Couples Retreat movie?

If we knew he was cast as a hunky Speedo-wearing yoga instructor, we’d have done our damnedest to go watch it on the big screen. Thankfully, we have the next best thing which is these still photos of our Puerto Rican hunk rocking his briefs-style Speedos. 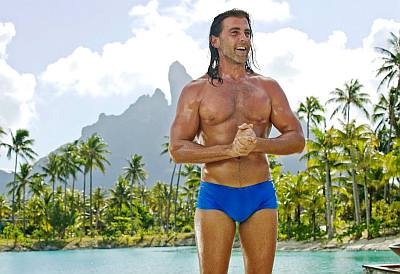 Damn. If we are Vince Vaughn, we’d look a little concerned too if a Speedo-wearing yogi as gifted as Carlos Ponce starts chatting up with our significant other. 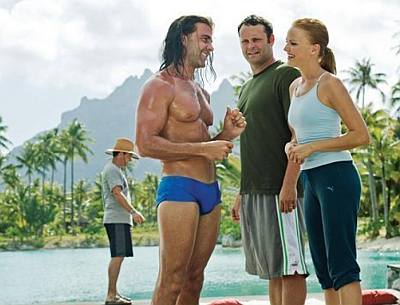 Does he have skimpy Speedos in every color? Want more men in Speedos? 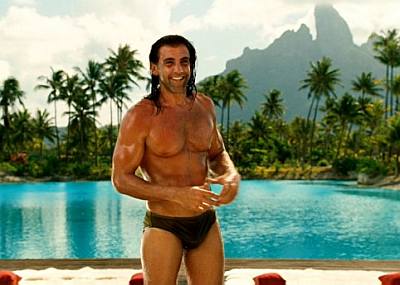 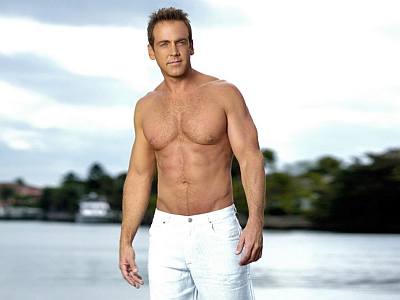 Carlos Ponce Gay or Straight? He is straight and was once married to wife Verónica Rubio with whom he has four children. He was also in a relationship with actress Ximena Duque from 2010 to 2016. Currently, our zaddy is engaged to TV host Karina Banda. Awww. We are happy for them.

…..
Carlos Ponce is Our Puerto Rican Hunk Actor of the Day (26 April 2009). Famewatchers, meet Carlos Ponce a Puerto Rican actor, singer, composer and TV personality. Ponce was born in Santurce, Puerto Rico but his family migrated to Florida where he grew up. 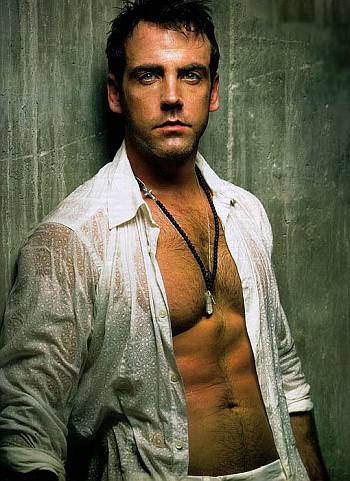 Here’s his filmography via wikipedia:

Chasing Papi: Released in 2003, Ponce played himself in this movie where he co-stars with other Puerto Rican actors namely: Roselyn Sánchez, Lisa Vidal, Bárbara Bermudo and Walter Mercado.

Meet Me in Miami: An indie movie filmed in New Zealand.

Just My Luck: Carlos appears in this movie which starred Lindsay Lohan, Chris Pine and McFly.

Other projects Carlos was involved in include lending his voice to the recording of the Spanish-language version of the The Star-Spangled Banner, entitled “Nuestro Himno”. The project, which also saw the participation of Wyclef Jean, Gloria Trevi and Olga Tañón was a bit controverial.