Botox For Men. It is the dawn of the new age and its time for you to learn a new word. That word is Brotox which is, apparently, the “cool” word to use when you are talking about botox for men. Years ago, when we began posting about this topic, lots of people gave a side eye to men who go for “botoxing”. These days, it has gained acceptance and there is no doubt that more and more guys will get themselves injected with botulinum toxin to drive the wrinkles away.

It is Flashback Sunday so check out the following posts we wrote about back in 2009 about famous male celebrities and their botox adventures:

…..
Mark Spitz is a Botox For Men Endorser (13 November 2009). Today in celebrity botox news, we bring you a photo of Olympic swimming great Mark Spitz as he gets his face treated with botox. Apparently, Mark is a celebrity endorser for Botox Cosmetic. 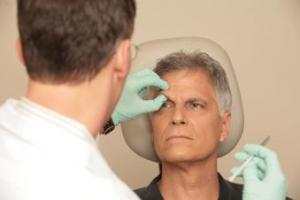 In an interview with beautyinterviews.com, he explains how he got into the botox thing: “As a financial advisor and motivational speaker, my facial expression is a very important part of my message. When I am serious, my ‘11’ – those stubborn frown lines between the brow — makes me look angry and unapproachable rather than congenial. I knew I had to do something about it, but for a long time, I just didn’t know what my options were. Then I heard about BOTOX® Cosmetic and spoke to my wife about it. She encouraged me to see a great doctor who answered all my questions.”

Asked how botox changed his appearance, Mark says: “BOTOX Cosmetic didn’t change the way I looked, it simply helped to relax the muscle between the brow and diminish the appearance of those vertical frown lines I not affectionately call the 11. In fact, my mother-in-law said the other day, “Mark when I use to see you, you always had a perplexed look on your face, like you were concentrating really hard even when you were relaxing. You don’t have that same look anymore. You now look vibrant!” What better complement can you get from your mother-in-law?”

Interesting, no? Anyhoo, what do you think of men having botox or cosmetic surgery?

…..
X-Factor’s Louis Walsh Had Botox Because of Cowell (25 September 2009). If you are a fan of the “natural look” (a-la Elle Macpherson), then you’ve got another reason to hate Simon Cowell. Apparently, Simon has convinced his fellow X-Factor judge, Louis Walsh, to go under the knife. 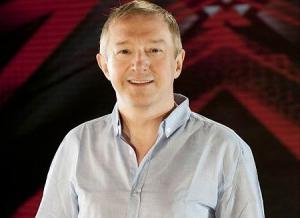 Let’s just hope this is a one-time thing for Louis and that he does not become the reality-TV version of botox king Sylvester Stallone [see above].

…..
Did Sylvester Stallone Have Botox for Men? (15 September 2009). Are we looking at the face of a male celebrity who has had too many face lifts or too many botox injections? Or is Sylvester Stallone, seen here at the Venice Film Festival, just having a bad makeup day? 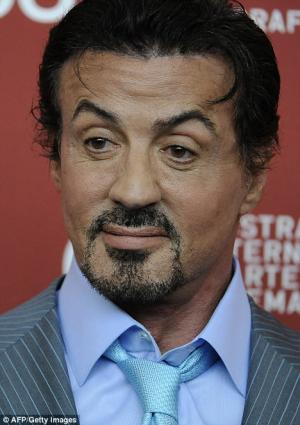 Anyhoo, Sly was in Venice to receive the Jaeger-Lecoultre Glory To The Filmmaker award and to help promote his movie, The Expendables, which is premiering during the festival.

…..
Effects of Botox: Good or Bad – Eric Bana (16 August 2009). So what, my friends, is the effect of botox? Is botox good or bad? According to Eric Bana, who was a guest at Craig Ferguson’s Late Late Show to promote his movie The Time Traveler’s Wife, if you get yourself some botox “you’ll still look 45, but you’ll look 45 with botox”.

So let’s include Eric to our list of celebrities who think that botox for men aka brotox isn’t really what it is advertised to be.