Kelly Ripa Plastic Surgery: Multiple Botox Injections (Updated). Today in celebrity botox, we give props to TV morning show personality Kelly Ripa for admitting to the whole wide world that she uses botox and damn if she isn’t looking good because of it. 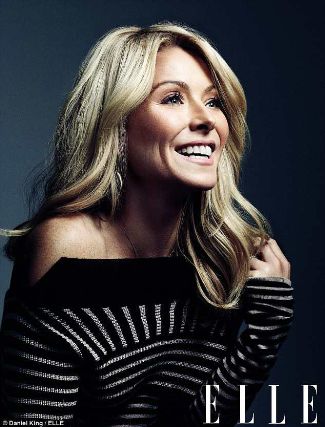 The daytime TV host made the admission during an interview with Elle Magazine when asked to reveal her secrets for maintaining her youthful looks. Says Kelly, “It’s the Botox. Every seven months or so my eyelid skin rests on my eyelashes. So I feel like [Botox] makes my makeup artist’s life easier, and it makes my eyes look a little more open on TV, which is where I happen to work right now.”

Other revelations she made during the interview:

Her husband Mark Consuelos is an alpha-male: I was drawn to Mark because he was positively an alpha male, and I didn’t think I would be drawn to that. But I just worship him. He makes me feel very safe. 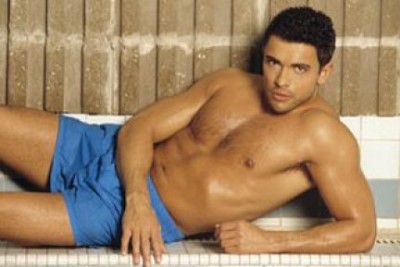 On her critics, fashion or otherwise: I feel like as long as you take ownership over your own flaws, it doesn’t hurt if someone else points them out.

On her casual fashion style: Normally I’m in the same outfit every day, black jeans and a T-shirt—actually, this T-shirt, so I didn’t dress up that much. Sometimes I wear heels, because I happen to love heels, but if it’s freezing cold or boiling hot, it could easily be an Ugg boot or a flip-flop.

On being invisible to the public: I can walk out to the street and never be noticed. It’s my superpower: I’m invisible. I just look very normal and totally unremarkable.

Kelly Ripa Plastic Surgery: This isn’t the first time Kelly talked about her cosmetic enhancements. In a 2009 interview with People Magazine, she stated that she is open to having plastic surgery. Says Kelly, “I mean, I always like the way I look if I’m on the cover of a magazine – when they airbrush me, I always look so much better. Why is that? Well, because they smooth out fine lines. I really don’t think there is anything wrong with it [plastic surgery]. I am in a place in my life where I don’t think there is anything wrong with it. I mean, I get my teeth cleaned if they are dirty. If my roots darken, I get them colored.”

Apart from her botox injections, has Kelly undergone other cosmetic procedures? She has not done any boob job telling Life and Style Magazine that she’s too wimpy to do it: “I would never have a boob job. I am too wimpy. Are you kidding? I am such a wimp!”

One procedure which Kelly might have undergone, if some surgeon-observers are to be believed, is a rhinoplasty or a nose job. Says a certain Dr. David Shafer, reportedly a Manhattan plastic surgeon, on Kelly’s supposed new nose: [H]er nasal bridge and tip appear more refined than in her previous photos which makes me suspect that she may have undergone rhinoplasty. These are supposedly her “before and after rhinoplasty” photos.

Can you spot a difference in the shape of her nose? Do tell in the comments.