Black Actors in Gay Roles: Film and TV LGBT Characters. Who says black Americans are homophobic? Those who want to blame black people for anti-gay America that’s who? We are, of course, not saying that there are no black folks who are anti-gay. Like other races, some of them can be pretty stupid too when it comes to gender preference and sexuality.

But we were SHOCKED when, a few years back, some people pointed fingers at “the blacks” when marriage equality was voted down in California. That was some serious blame-shifting. Instead of blaming the right culprit — Christian conservatives and conservative Republicans — some stupid people blamed African-Americans for the anti-gay vote.

But this is now water under the bridge. Thankfully, marriage equality is now the law of the land in the good ole U.S. of A. Anyhoo, we made a list of black actors movie roles which, to us, is an indicator that black people are not averse to playing (or watching) LGBT characters.

Jussie Smolett and Eka Darville on Empire. Too bad Eka was on the show for only a few episodes. We loved them together. But, to be honest, we want Jussie’s Jamal to end up with Rafael de la Fuente’s character. 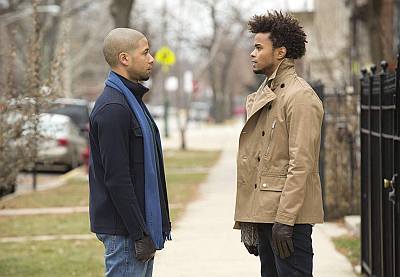 Andra Fuller and Jarod Joseph on LA Complex. On the short-lived CW show, Andra plays closeted rapper Kaldrick King while Jarod Joseph is an out lawyer. The two hook up as you can see in the photos below. Yay! 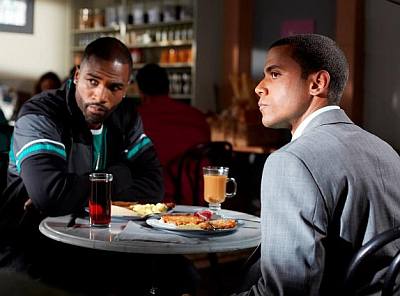 Will Smith as Paul. In the 1993 movie Six Degrees of Separation, Will plays a suave young man named Paul who pretends to be the son of Sidney Poitier to scam old rick folks like Donald Sutherland’s character. Later in the movie, his hosts caught Paul in bed with a hustler dude. Haha! 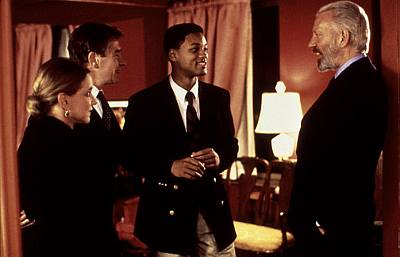 Charlie Barnett is Daniel in the 2012 movie Gayby. He’s described as the “online date” of the film’s gay main character, Matt. More recently, he played Murray Bartlett’s boyfriend in the new installment of Tales of the City which you can watch on Netflix. 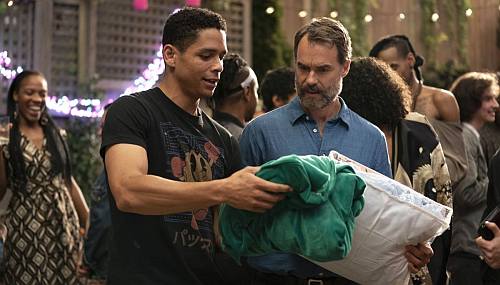 We originally planned to include all the 14 actors we initially identified in this list. However, we found out that there are actually more black actors gay movie roles so we decided to break up the list in separate posts. So watch out for future installments on this topic in the coming weeks.

But let us end this first installment with Wesley Snipes who played drag queen Noxeema Jackson in the LGBT cult classic, To Wong Foo, Thanks for Everything! Julie Newmar. 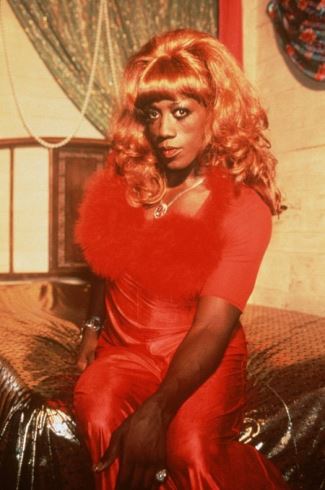 It is worth noting that Wesley did this movie at a the height of his career. So he gets a lot of props from us for not being afraid to play a drag queen at a time when actors won’t even consider the idea. Cheers to you, Wesley!