Best Mens Briefs Underwear. We’ve said it before and we’ll say it again: tight men’s briefs will never ever ever go out of style. It is classic and current. It looks sexy and feels sexy. Like men’s suits, it will always always be on trend.

For this year, here are our picks for the best mens briefs underwear. We chose them from the latest ad campaigns and lookbooks released by the various male underwear labels. Some pics, like Miroslav Cech, are from magazine editorials. 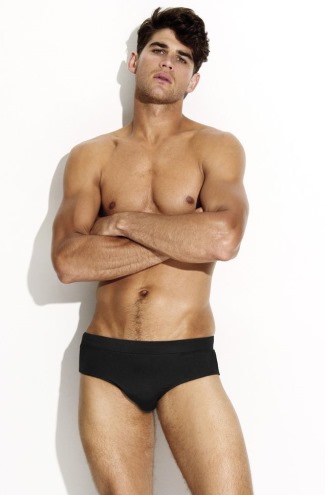 For our second best mens briefs underwear, we picked this item from the Fox Haus Spring/Summer 2015 Lookbook. In case you are wondering, Fox Haus is a Spanish brand which boasts of “high quality men’s underwear designed in Seville and crafted in Portugal”. 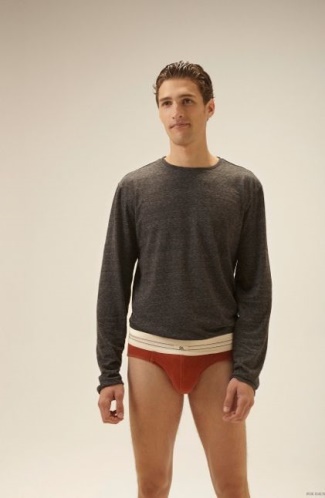 Third and fourth in our list is one by Versace and another by Sloggi. Newcomer Miroslav Cech (below left) models his Versace briefs underwear in a photoshoot for Emma Magazine. Meanwhile, Italian model Simone Bredariol (below right) is looking good in his tighty whitie Sloggi briefs. [Want more White Briefs Underwear?]

Meanwhile, Brazilian model Diego Miguel (above right) sizzles in his white Calibre briefs underwear from the label’s 2015 Underwear Campaign. Calibre is an Australian label, one of them Aussie brands that are out to conquer the world.

Calvin Klein briefs will always be in any list of best mens briefs underwear in the world. Igor Stepanov models his CK briefs for retailer Bang+Strike.

Remember Alexandre Cunha (below left) in our earlier post on best men’s underwear? We love him so much we’re bringing him back and his sexy Lacoste briefs underwear.

Finally, last but not the least in our list of the sexiest mens briefs underwear in 2015 is this outfit modeled by Silvester Ruck (above right) for the Spring/Summer 2015 lookbook of Canadian retailer Simons.

Damn, ain’t Silvester sexy hot? Moreover, his modeling career is superhot too. In fact, he is currently listed on the “Hot List” of models.com. For those who are wondering, this gorgeous dude is from Germany. He started modeling in 2012 and has already done campaigns for the likes of Dsquared2 and Abercrombie. Let’s add him to our “imaginary boyfriend” list, shall we?

So which of these best mens briefs underwear is your favorite? Which of them would you buy to add to your (or your man’s) underwear collection?

Update: Apologies, we had to delete some of the photos referred to in this post.