Our friend Kevin, who is a Bachelor/Bachelorette superfan, was bummed when he was eliminated by Kaitlyn Bristowe on last season’s Bachelorette. Now, Kevin considers that elimination as a blessing in disguise. Firstly, because Ben does not have to deal with the hot mess that is Kaitlyn and, more importantly, the elimination opened the path for Ben to be the star of his very own show.

Kevin says that if Ben Higgins won The Bachelorette, he would forever be a supporting actor to the Kaitlyn Bristowe story. Now that he is The Bachelor, Ben will be the star of his own story.

Anyhoo, more about Ben’s casting as The Bachelor from People Magazine:

Baby-faced charmer Ben Higgins is the new Bachelor, and the software salesman tells PEOPLE exclusively that he’s more than up for the experience.

“I’m ready to share my life with somebody,” says Higgins, who was the second runner up on Kaitlyn Bristowe’s season of The Bachelorette. “And I’m not fearful of the idea of getting married. As soon as I can find that person, it seems like the better life will be.”

Who will win his heart? Will the girl be worthy of this gorgeous, fabulous man? Well, we will soon find out who the lucky winner will be when The Bachelor airs. As to whether the girl will be worthy, eh, its a reality show. Good thing about a reality show is that you can always start anew. Right?

Ben Higgins Ex-Girlfriend. Of course, we ain’t gonna write a post about a man looking for a significant other without mentioning his ex-girlfriends. BachelorWatchers, meet Shaelin Jaid Adams aka Ben’s college ex. According to Bachelor fan site, O!Hits, Ben and Shaelin dated from 2012 to 2013. Apparently, they’ve moved on from each other.

Ben Higgins Shirtless Photos. We know most of you are looking for shirtless Ben photos so here you go:

Who says you can’t go shirtless while eating a meal? Not our Ben! Surely eating shirtless is okay so long as you don’t have company. 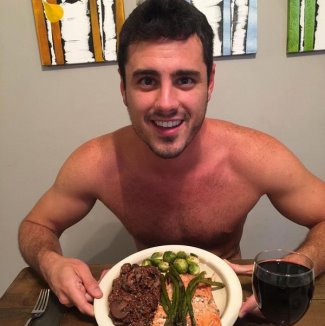 Hehe. Pardon us but the next photo is kinda gay. They sure are side-hugging each other, aren’t they? 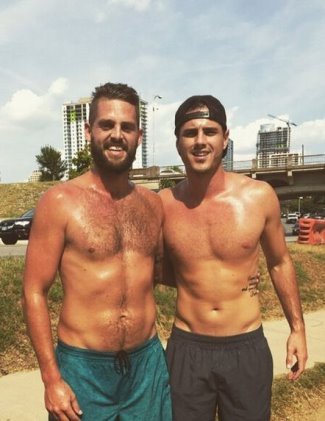 Our Ben loves to go shirtless as he does in this vacation photo. 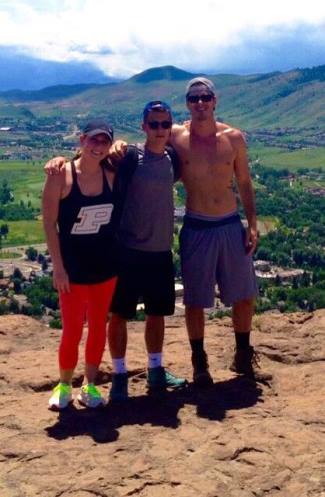 Too bad we can’t find any Ben Higgins underwear photo. Cross your fingers that The Bachelor will become a treasure trove of his underwear pics. Hehe. Watch out for underwear updates.

Let’s end this post with this photo of our Ben kissing a fish. Lucky fish! 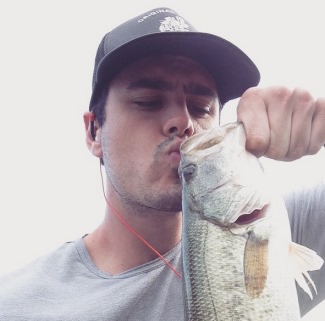