Barack Obama Levis Jeans and Other Presidential Fashion Style. Let’s have more famous people wearing Levis Jeans. And who’s our famous person today? It’s no other than the President of the United States himself, President Barack Obama. We’re still liking this guy even if them crazy Republican idiots are making it hard for him to fix things in Washington. 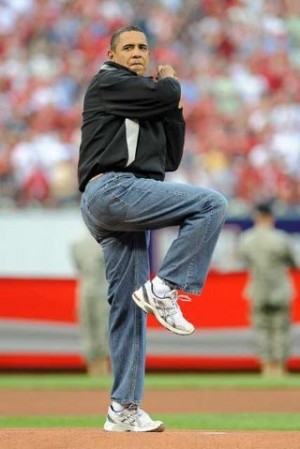 By the way, in case you are wondering, President Obama is wearing Asics shoes.

Now, before those stupid Republicans accuse the President of terrorism because all he wears is Levis (haha, you know how stupid these Tea Party folks, don’t you?), we should all know that he wears other brands too. For example, the Prez is seen here wearing a pair of Gap Straight Fit Jeans when he did some community service kind of stuff at the Sasha Bruce Youthwork.

Another photo of the President and his Gap jeans. 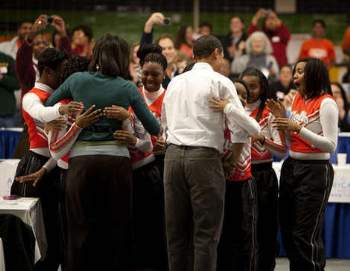 Now, since we are on the subject of presidential fashion, let’s expand our focus to include his other favorite clothing brands, shall we? Most readers are more interested in what First Lady Michelle Obama is wearing but we think some of us are also interested in the President’s sartorial choices

We already know that he likes Levis, Gap, and Asics shoes but what other brands does he wear? Not surprisingly, he likes Nike. And, not surprisingly, Nike made him a special shoes aptly named Nike Air Force One. Man, that’s a big kind of shoes, isn’t it? 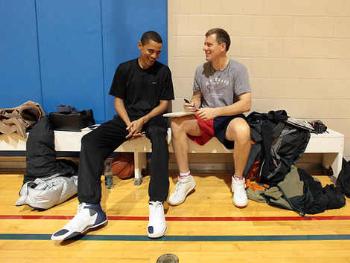 Outdoors, President Obama was seen wearing this Weatherproof jacket during a trip to China. 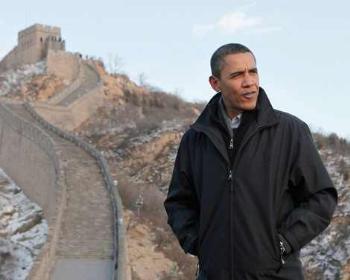 So the President wears Nike shoes (among others) when he does sporty stuff, what shoes does he goes formal? 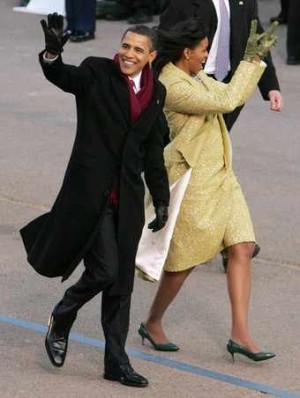 Well, according to the picture above, one brand (and we assume its one of several) of formal shoes that The Prez wears is Cole Haan.

Check back later as we hope to update this post in the future to give you more information about what President Obama is wearing.