Here Come the Boys Enhanced and Stronger Than Ever. If you think this striptease group is a flash in the pan, you gotta think again. It’s still alive and doing well more than ten years after we blogged about it back in 2009. This past June/July, the group went on a tour with three of the hottest dancers from Strictly Come Dancing — Aljaž Škorjanec, Giovanni Pernice, and Gorka Marquez. 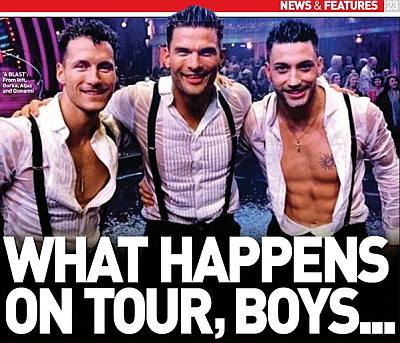 We’re not surprised that the tour got really positive from viewers as well as from critics with the Daily Express calling it “sensational and saucy fun”. With the positive feedback, expect to see them again in the 2020 tour. 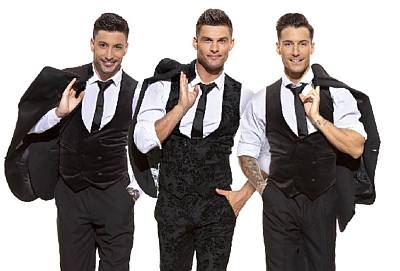 *****
Here Come the Boys: Striptease Kings – Men in Jeans With Washboard Abs. Guess who’s back to entertain their female (and gay) fans? These guys in blue jeans and washboard abs, that’s who. They used to be the Chippendale dancers but this time, they’ve got themselves a new name, Here Come The Boys. And they added some new members too. The group is reportedly touring Britain this summer. And they are bringing earplugs to protect their ears from screaming fans.

According to a Daily Star news report, Here Come the Boys is led by troupe leader Cris Judd who, if you remember, used to be married to Jennifer Lopez. 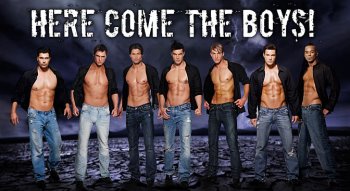 Apparently, the striptease group is being met with super enthusiastic British female fans. Says a source quoted by the Daily Star: “Cris can’t believe how noisy British women are – particularly the northern ones. The further north you go the louder the crowds tend to get. Cris reckons the boys have to have earplugs otherwise their ears could be damaged. He’s joked they need suits of armour as well to cope with any women who get worked up enough to jump on stage.”

*****
Nikk Mager: Here Come the Boys (27 July 2009). You can’t keep a good man down, Simon Cowell. Did you hear that, Mr. Nasty? You can’t keep a good man down! Hehe. By “good man” we are referring of course to X-Factor reject Nikk Mager who is joining that all-male muscle performing group, Here Come The Boys. Nikk’s been hired as a singer but he says he’d be game doing some striptease of his own. He’s got all the muscles in the right places so we say, “Why not?” 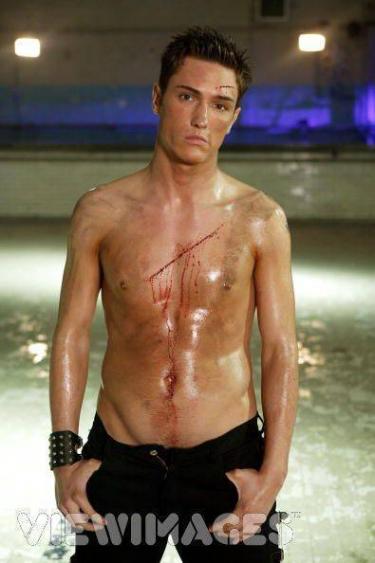 Anyways, says Nikk on his gig with Here Come The Boys: “I’m on cloud nine at the moment. I’m really nervous but I’m not going to let it affect my performance. Those guys have got a huge following. Everyone knows who they are. It feels like I’m making a part of history.” 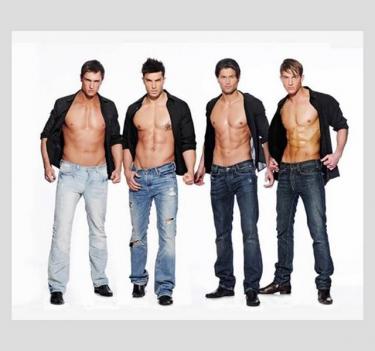