Andy West Boyfriend and Shirtless Fake Pics. If you are a fan of British reality TV, you’d know by now that former BBC reporter Andy West can now add “reality star” to his résumé. Andy is one of the housemates of Big Brother 17 which is currently airing on Channel 5. Here’s Andy entering the house: 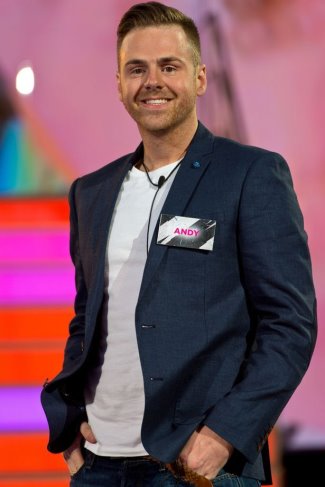 Andy West boyfriend? We think this is Andy’s boyfriend. They look good together, no? And the boyfriend is a hottie too (well, based on the pic we are looking at at least). Unfortunately, we can’t tell you more about the relationship of these lovebirds — like when did they meet, are they getting married, what does the boyfriend do — but we are just as clueless as you are. Our hope is that Andy will tell us something about his BF while in the BB house. 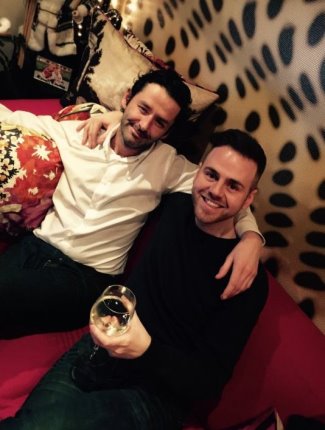 Andy West Shirtless Photos (Fake). What do you think of our fake pics of Andy? Kind of weird because of the different tint/shade for his face but, as we’ve said before, we are new at this “putting someone’s face on someone’s body” thing so don’t expect a professional-level photoshopping effort. 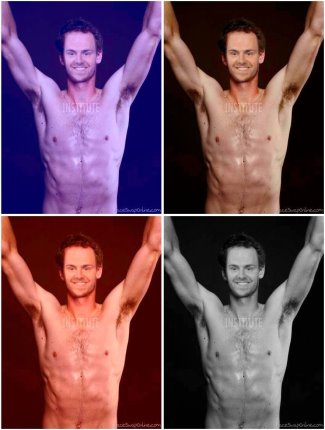 By the by, for those of you wondering, the shirtless bod upon which we pasted Andy West’s happy face is British tennis superstar Andy Murray. Murray sure has a body to-die-for. All that tennis playing (and his gym workouts) will do that to you. 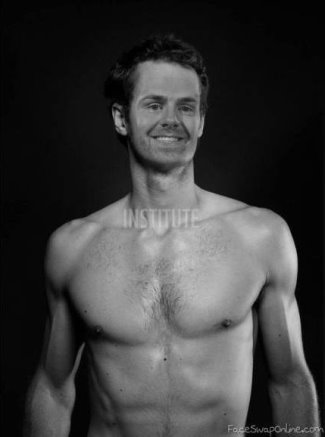 So how is our Andy doing inside the Big Brother house? Some are, apparently, accusing him of being boring which is not a good description you want attached to you if you are a reality star. Do you agree that Andy is boring? Well, we hope this criticism will encourage Andy to talk about his cute boyfriend because that’s one thing we’d like to hear about. For more Big Brother UK housemates, check out our post on Jason Burrill.

…..
Andy West Shirtless and Underwear Photos (aka The Real Deal). Okay, we are updating this post to bring you some shirtless and underwear pics of the journalist turned Big Brother housemate which we grabbed from his Instagram account (follow him @realandywest). 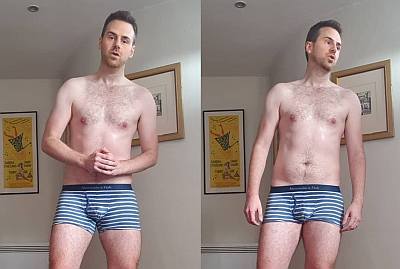 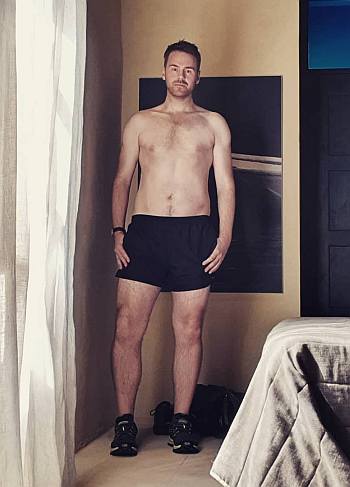 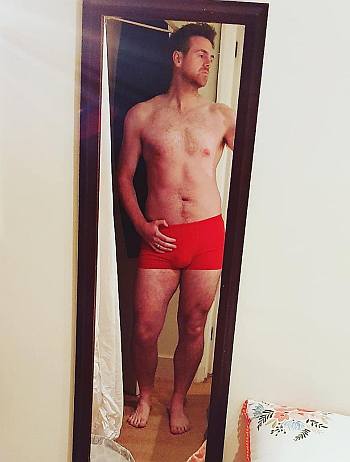 Andy West Married to Actor Nicholas Robinson. Apparently, they tied the knot last Christmas. Here’s a photo from their wedding. 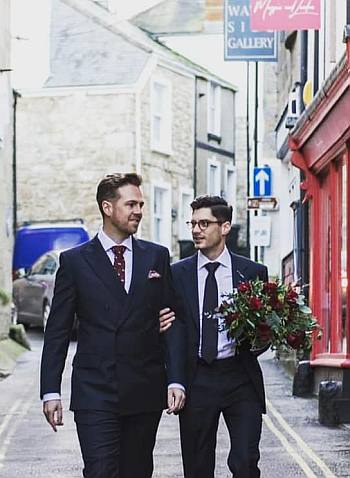