Andriy Shevchenko Shirtless and Underwear Photos. Ukrainian footballer Andriy Shevchenko may have been a flop with Chelsea but, boy, doesn’t he look good in his short shorts? You agree, right? Sure, this may be a dated photo but still ….

Now, going back to Andriy being a Chelsea flop, if you are wondering why that happened, Blackburn Rovers manager Sam Allardyce – who must know what he’s talking about – has the answer for you.

“This [Shevchenko] wasn’t a young man, this was an old, experienced player. Because Chelsea put him in too quickly, and because he wasn’t ready, he became a complete flop – and that was Andriy Shevchenko.

“That was £30 million and however much grand a week. They continued to play him because he cost that much when he was never ready to play in the Premier League. It was far too quick for him, far too physical and the lad’s confidence just drained away. He never, ever got to it.”

So there. We hope Andriy recovers his bearings because we want to see more of him in the future. 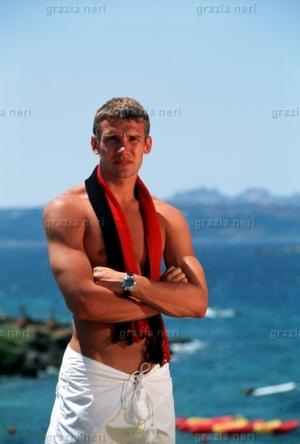 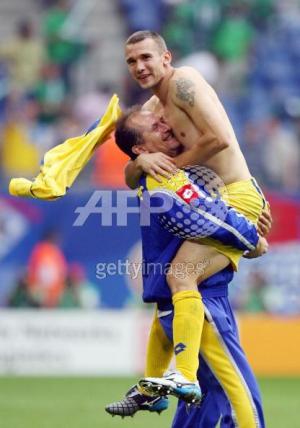 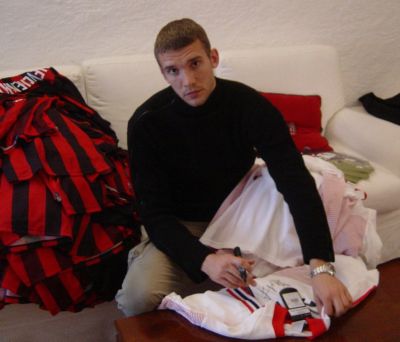 Oh, you’d like to know about his watch? What brand of watch is that, you ask? It’s a Rolex watch, baby! What, you think our boyfriend does not know how to pick a great, quality luxury watch? Of course he does. And he picked a Rolex, baby!

Sheva as an Armani Male Model (05 January 2011). Did you know that Andriy Shevchenko (who’s also known as Sheva) modeled for Armani? Yes he is. Here’s the Ukrainian footballer and the Italian fashion designer hanging out. Armani even wrote the preface for Andriy Shevchenko’s book, Sheva. 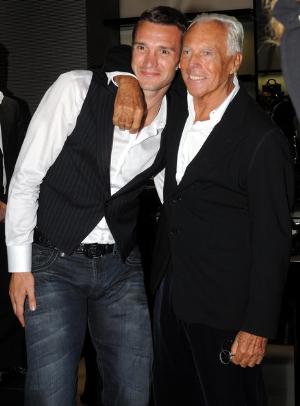 Not unexpectedly, Sheva modeled for Armani both in the runway and in a print advert. 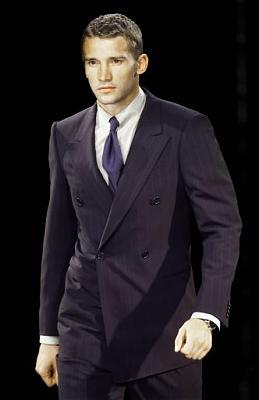 This print advertisement is a stunning photo, we must say. There’s a raw seriousness that is both intriguing and hot. 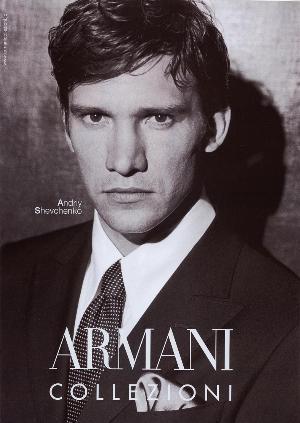 Now, we are pretty sure that this nekkid Andriy Schevchenko picture is also a modeling shoot but we’re not sure of the brand of that shoes he’s apparently endorsing? Doesn’t look like its a Nike football shoes but maybe it is. If you know the brand, do tell us in the comment section. [Update: It’s Lotto, the Italian sportswear brand actually had a line called Lotto Sheva.] 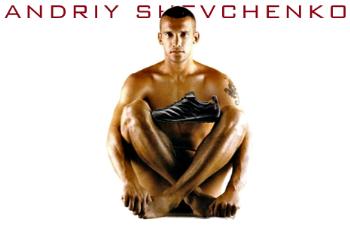 Okay, that’s it for now, but before we end here’s something for those of you who are looking for Andriy Shevchenko’s underwear. He apparently goes for squarecut boxer briefs. 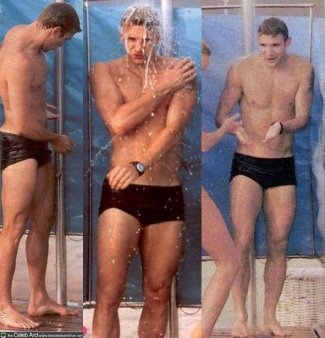 Meanwhile, he is wearing boxer shorts in the photo below. 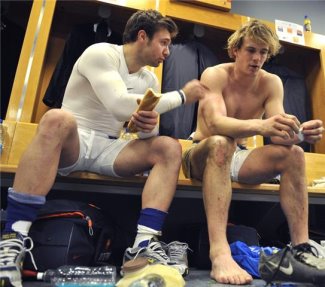 And here’s one for the “superfans” who like them their football stars in shorts. Are you seeing what we are seeing? 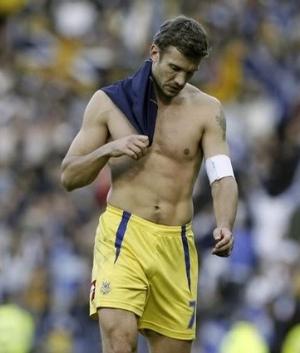