Alex Len Girlfriend and Other Stuff. If Scott Wolf looks like Michael J. Fox and Christian Antidormi looks like David Archuleta, then who does Alex Len look like? We agree with our friend Deena when she says that Alex (above) looks like Magic Mike actor Channing Tatum (below). 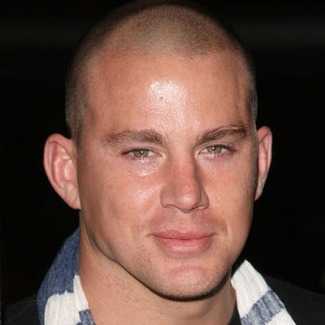 Anyhoo, we know that all of you know underwear-model-turned-legit-actor-slash-Hollywood-movie-star Channing Tatum while most of you are not familiar with Alex Len so we decided to make a list of Things You Should Know About Channing’s Lookalike.

Alex Len is a basketball player from Ukraine who was picked 5th overall by the Phoenix Suns in the recent 2013 National Basketball Association (NBA) draft. Here’s Alex with fellow rookie Archie Goodwin. Are they going to wear the same #13 jersey number? 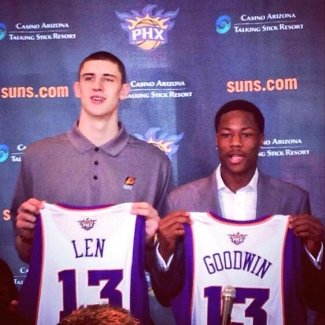 Alex Len Girlfriend. Like fellow NBA rookie Steven Adams of the Oklahoma City Thunders [see Steven Adams Girlfriend], Alex is dating a female basketball player. Her name is Essence Townsend and, in the words of USA Today, she is “taller than Michael Jordan”. She is 6’7″ which is an inch taller than Jordan’s 6’6″. Alex and Essence met at the University of Maryland where they both played for the Maryland Terrapins. Here’s a picture of the happy couple (photo source: Alex’s Twitter account). 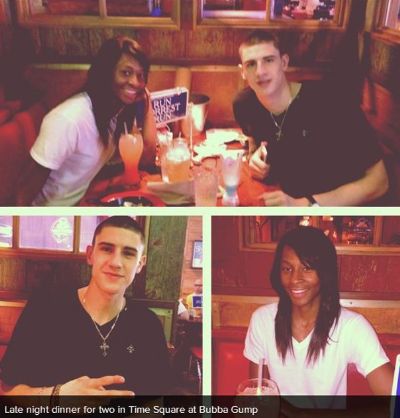 Here’s a picture of Alex with his University of Maryland coach Mark Turgeon which the former shared to his Twitter followers. 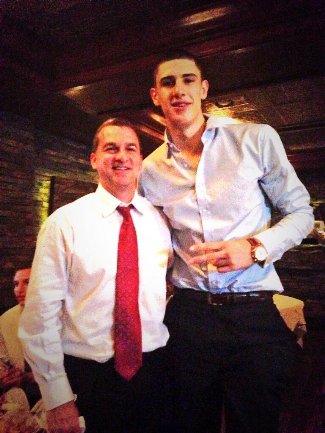 Alex shared the above pic with the following message: “Celebrating with @CoachTurgeon he has done a lot for me, honored to have him as a coach for 2 yrs @UMTerps!” Now that he is in the NBA making millions of dollars, may he remain as humble, and thankful, and gracious to people as he is now.

Alex Len Height. How tall is Alex Len? He stands at 7’1″ which means he is four inches taller than his girlfriend. Check him out towering over this tripod. 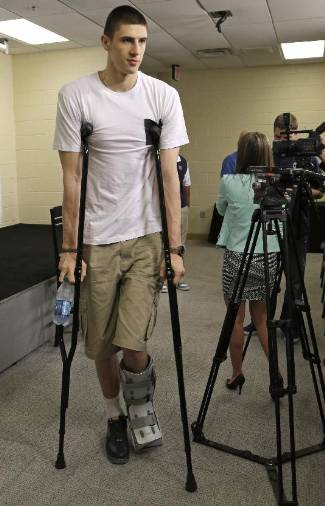 Alex Len Shoe Size. How big is Alex’s feet? What size of shoes does he wear? A profile by the Washington Post on the Phoenix Suns rookie revealed that he has “size-15 shoes”. Here’s an image of a shoe with Alex’s signature. Could it be his very own shoes or did he just sign it for a fan? 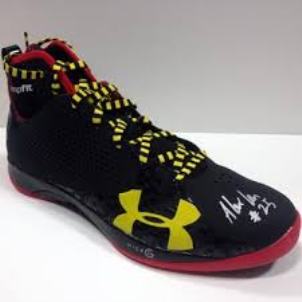 Alex Len Shirtless. Those of you who are fans of shirtless basketball players will have to make do with the pic below of Alex in his tank top shirt. At least for the time being while we search the internets for a “sun-friendly” photo. Hehe. 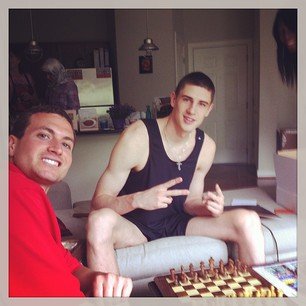 Alex Len Gymnast? The idea of Alex as a gymnast is kinda laughable considering his towering height now but when he was a kid he apparently wanted to become a gymnast. From the Baltimore Sun:

Len said his athletic career began as a gymnast when he was a boy. Maybe that explains why he did a cartwheel when he was introduced to the crowd last season during Maryland Madness. He said he liked gymnastics because he liked watching Jackie Chan films and saw how the actor moved. 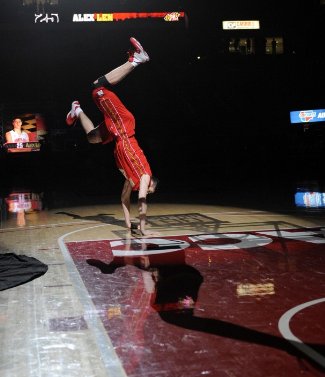 Gymnastics favors shorter athletes but guys taller than six feet competing in the sport are not unheard of (example: Russell Czeschin and Jon-Michael Chombeau who both stand at 6’3″).

That’s it for now, we promise to update this once we find those elusive shirtless photos for you. For the time being, go check out our post on NBA Players in Underwear.