Alberto Aquilani Shirtless and Underwear Photos: Liverpool Football Player. We’ve already blogged about Liverpool midfielder Alberto Aquilani but, as we don’t like to throw out his sexy pics from our gallery, we decided to do another post to give you more shirtless photos of our Italian hunk. He’s out swimming in some pool probably trying to better Michael Phelps record. 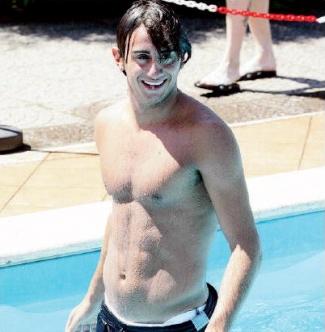 Anyhoo, Alberto’s sexy wetness inspired us to create another category altogether for this blog, that of wet look for men. Or wet looking men. Or something similar. This should satisfy our friends who are googling “wet guys” or “wet tighty whities” or “wet underwear” and that kind of stuff. 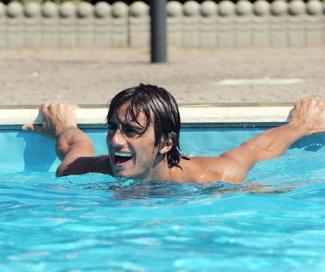 Here’s a pretty cool pic of our Aquilani posing in his white Speedo like a male underwear model (we think he should be). Those of you who are looking for “wet footballers” or “men in wet underwear” or “lads in wet white briefs” should be delighted with this. You can thank us in the comment section. Haha. 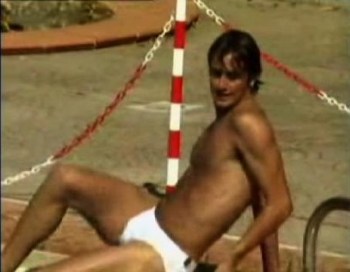 Alberto puts on his goggles as he prepares to go for another dip in the water. Who wants to join him? 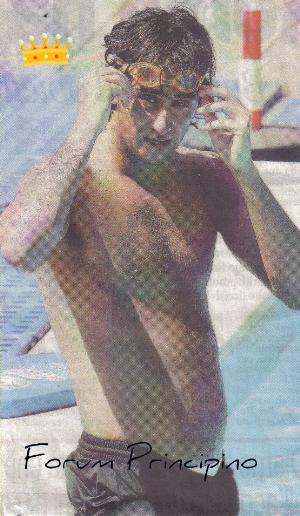 By the way, did you know that our Alberto is nicknamed Il Principe/Il Principino or “The Little Prince”? It was supposedly given to him by his Roma fans (he used to play for A.S. Roma before he transferred to Liverpool). Why they would call him that is kind of a mystery to us because, at 6’1″ (1.86 m), he’s actually one of the bigger guys in football. UPDATE: Apparently, his Roma fans began calling him “The Little Prince” because he was kinda little when he started his pro football career when he was then 18 years old. Good to get that cleared. Because we were thinking of something else naughty.