Celebrity Drug Users, Alcohol Abuse, and DUI Cases. This is part III of our series on celebrities who get in trouble with the law. This post is specifically focused on celebrity drug users, those with alcohol issues, and those with DUI cases.

Imogen Boorman, Actress (20 August 2009): Alcohol lovers beware. If you drink too much of that substance, you might drop your child and end up getting arrested for it – which you should. This appears to be the lesson we can draw from the story of actress Imogen Boorman (pic from a 1980s film) who was arrested after she dropped a 3-year-old girl while “steaming drunk in her own garden”. It is not clear whether the child is hers or not.

According to The Sun, Boorman dropped the girl when police officers, who were alerted by the neighbors, threatened to take the child.

From the Sun: “Deputy fiscal Alistair MacDonald told Tain Sheriff Court yesterday: ‘The accused’s clothing was in disarray and torn. The girl was dressed up as a fairy. Both were soaked and they were not making any sense. The accused was clearly not able to look after her and was taken into custody.'”

Jimmy Smith, Football Star (22 April 2009): Here’s another celebrity getting in trouble with the law. According to TMZ, former Jacksonville Jaguar superstar Jimmy Smith was by police authorities who caught him in the possession of narcotics.

This is not the first time Smith got in trouble for substance abuse. He was arrested for DUI last year and, in 2003, was suspended by NFL bosses for violating the league’s substance abuse policy. We hope he gets the professional help he needs. 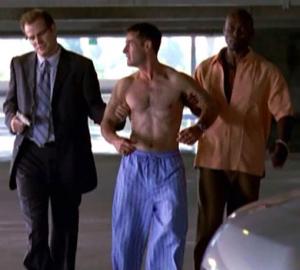 However, TMZ is reporting that Adrian was arrested last January after failing a DUI test. Initially, he was pulled over by cops for overspeeding on the 405 Freeway. 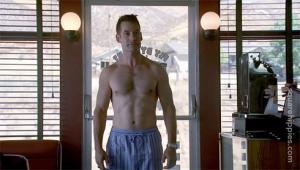 They gave him a filed sobriety test which he failed so the police arrested the actor and held him on $15,000 bail. He goes back to court on February 24.

Gabe Pruitt, Basketball Player (26 February 2009): Boston Celtic Gabe Pruitt was arrested in the Hollywood area after he failed a field sobriety test and was found to have a blood alcohol level over the legal limit.

He was booked on suspicion of driving under the influence and his bail was set at $5,000. That would be peanuts for him but we hope he doesn’t endanger the lives of commuters by drinking and driving.

According to TMZ, the 17-year-old Gaydos was arrested by Michigan cops last month who caught him while driving intoxicated. Joey played Zack Mooneyham in “School of Rock” and this is what one of the police officers who arrested him told TMZ: “When I heard we had someone from ‘School of Rock,’ I thought it was that big guy, Black. Then I heard it was that goofy guy who plays the guitar!” Haha, Joey!

Burt Reynolds, Actor, Addicted to Painkillers (18 September 2009): Painkiller drug abuse among celebrities has found another victim in the person of Burt Reynolds. Damn, he’s one of our idols when we were growing up. And he’s probably one of the hunkiest men that Hollywood ever produced. Seriously. 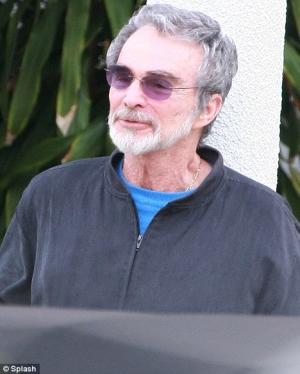 Anyways, its sad when young celebrities get themselves in trouble because of drugs (we’re looking at you Lindsay Lohan and Josh Herman), but its sadder still to see those you idolized growing up fall under the same predicament. You know, like Burt. And Melanie Griffith. To be fair to Burt Reynolds, his issue is with painkillers so its not as if he was out sniffing cocaine or something like that. We hope he successfully beats this addiction. Go, Burt.

Holly McGuire, Actress (16 August 2009): Holly McGuire, star of the ITV1 show Footballers’ Wives, has been reportedly charged with various drug and related offenses (conspiracy to supply cocaine, cultivating cannabis plants, money laundering and illegally abstracting electricity) following her arrest last June 2009. According to The Sun, Mcguire is “alleged to have been staying at the house with pal Steven Brace, 37, and to have plotted with him to supply three kilos of cocaine found in a wardrobe.”

Police said they found 56 cannabis plants growing in the garage. McGuire is schedule to appear at the Basildon Crown Court, Essex.

Now, this is a pickle Holly’s boob surgery can’t save her from. But maybe Rio Ferdinand, who we speculated is a woman trapped in a man’s body, can help his ex-girlfriend?

According to a source quoted by The Sun: “Norman decided that the only way to kick his booze addiction for good was to check himself into a clinic. He chose the centre in the South of England because it gets good results and is in a quiet location.”

Good luck to you, Fatboy. We hope your rehab program will be successful.

Ryan O’Neal and Redmond O’Neal (18 September 2008): OMG. What is it with Hollywood that fathers forget their role as fathers. So was Ryan O’Neal doing drugs with his son?

Via the Huffington Post: “Ryan O’Neal and his son were arrested Wednesday morning after authorities said they found drugs at the actor’s Malibu home during a routine check associated with Redmond O’Neal’s probation. Investigators suspect both men had methamphetamine, but the substances still need to be tested, Los Angeles County Sheriff’s spokesman Steve Whitmore said.”

Yaiks. Bad father. Ryan is kinda like the mother of the Lohans who are clueless about her role as a parent. More about Ryan’s drug arrest.