Actors In Speedos. Which of your favorite actors are confident enough to wear a Speedo swimsuit? Here’s a an impressive group of 32 Hollywood and international actors who wore skimpy swimwear either in the roles they played or in real life. For for posts like these, check out Male Celebrity Speedo.

Leading the pack is Mario Lopez which is not surprising because he is some kind of exhibitionist running shirtless in Hollywood and all that. This Speedo pic is from the 1997 TV movie Breaking the Surface which starred Mario as Olympic diving gold medalist Greg Louganis. 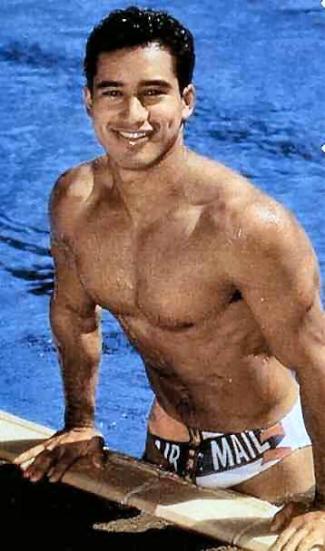 Second in our list is a young Kevin Bacon. Did you know that he wore a blue Speedo trunks in Friday the 13th? Here’s a still photo from said movie. Want more men in Speedo? 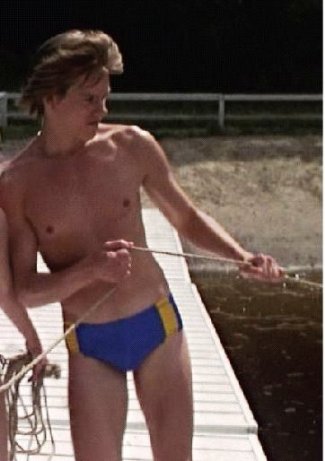 Third in our list of actors in Speedos is our mom’s imaginary movie boyfriend, Richard Gere. Can you ID the other guys in the photo? 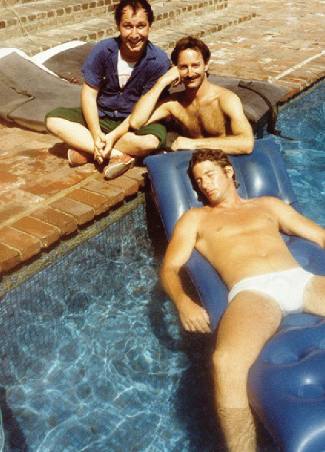 Before he made it to the small (90210, Blue Mountain State) and big screen (in two big upcoming movies, Catching Fire and Teenage Mutant Ninja Turtles), 28-year-old North Dakota native Alan Ritchson did some modeling gigs for the likes of International Jock. Check him out in his swimtrunks. 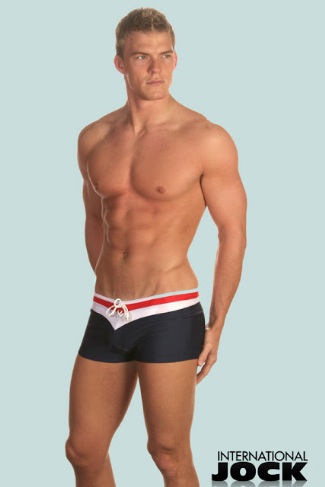 Another male model who made it really big in Hollywood is Ashton Kutcher who’s seen below in a briefs-style swimsuit. 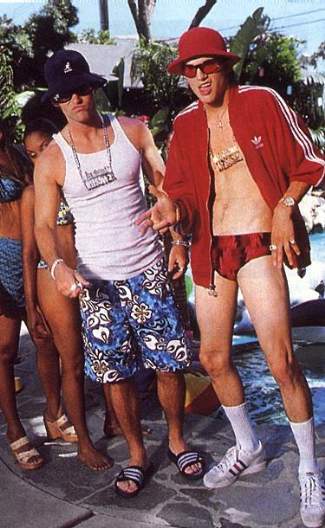 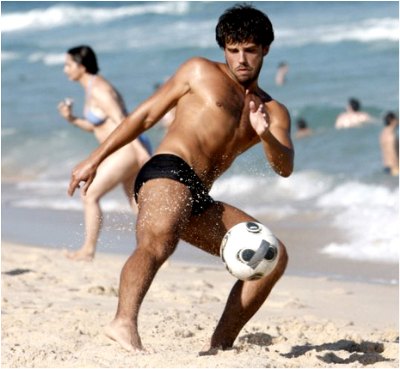 Can you believe that guys in the 80s/90s wore a Speedo as skimpy as the one on Baywatch actor Michael Bergin? Things were more interesting back then when men were brave enough to wear bikini swimsuits, no? 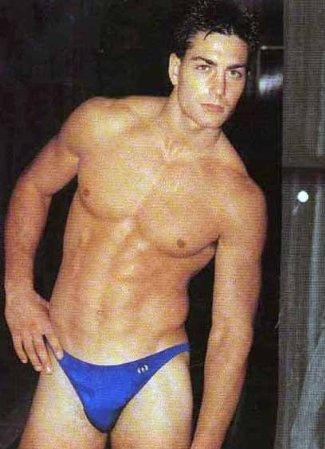 A very young Chris Atkins who debuted as a movie star in the 1980 film, The Blue Lagoon. We’re not sure if this photo is from said movie or from somewhere else. 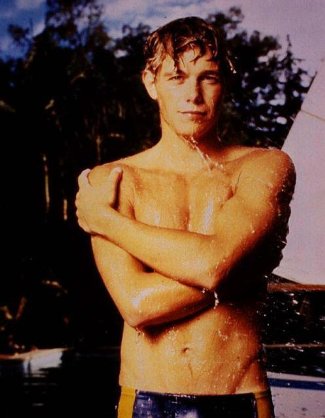 Do you watch The Mindy Project on Fox? It’s one of the new shows we enjoy watching so we are happy its coming back for a second second. Anyhoo, here’s one of its lead stars Chris Messina wearing a Speedo. The guy supporting him at the back, Ike Barinholtz, plays our favorite character in the series, the lovable Morgan Tooker. 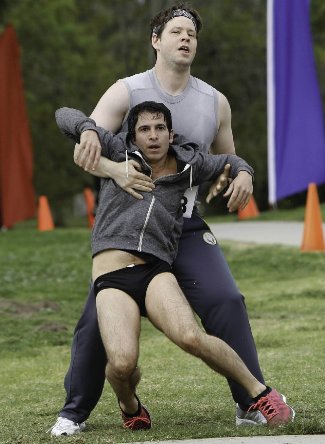 So which of the above actors in Speedos is your favorite? Ours would be Baywatch actor Micheal Bergin for sure.