Joshua Sasse Shirtless, Underwear, Girlfriend. Huh, why has no one told us about this Australian zaddy? We came across this photo on Google and we went like, “Wow! Who’s that guy looking good in his plaid boxer shorts?” We soon discovered that his name is Joshua Sasse, that he starred on the TV show Galavant, and that he used to date and was actually engaged to Kylie Minogue. 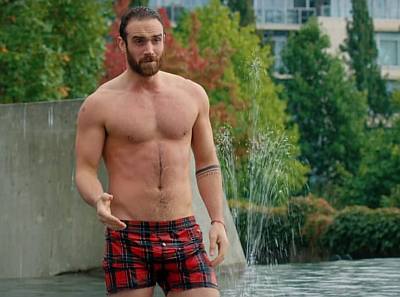 The above photo, by the way, as well as the next two below are screencapped from the comedy drama No Tomorrow which, sadly, lasted for only one season. 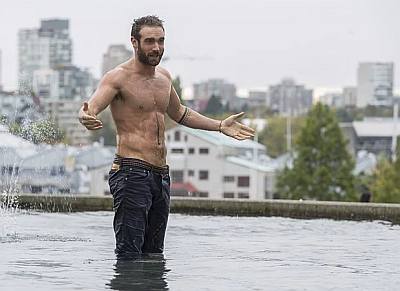 Another photo of Joshua rocking his boxer shorts. Wait, do we have a post category of wet celebrities? We should have no? Want more men in boxer shorts? 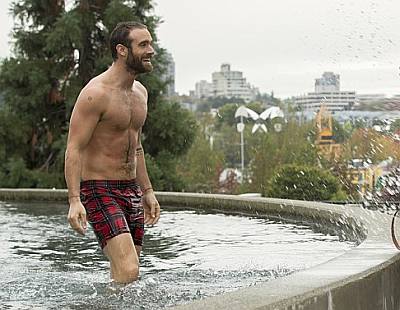 Joshua Sasse Gay or Straight? Well, you should already know the answer to this one because we stated outright that he was once engage to Kylie Minogue. He is as straight as they come but you can include him in your list of LGBT straight allies.

How do we know that he is an ally, you ask? Because the LGBT icon that is Kylie herself said so. Here’s what the Australian singer said about her ex at the time when gay marriage was being debated in Australia:

“He’s so adamant to fight for gay rights in Australia and it’s coming from the most genuine place. He just can’t fathom that same-sex marriage hasn’t been legalised and of course I back him up on that, we are waiting for it to happen.”

Joshua Sasse Girlfriend or Relationship Status? Well, our Joshua does not have a girlfriend but he does have a wife. He tied the knot with businesswoman — she’s described by the Northern Territory News as a coffee guru — Louisa Ainsworth. Here’s a photo from the couple’s low-key wedding which they opted to hold at the registry office. 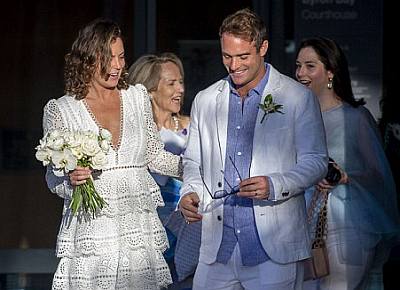 Want another photo of a shirtless Josh? Of course you do! You are a THOT like us after all. Haha. This one’s from his previous show Galavant on ABC. 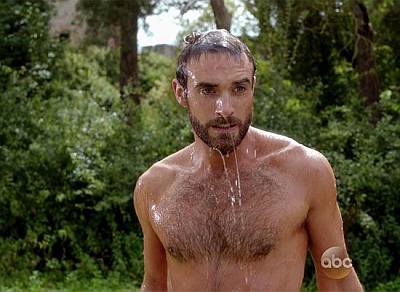