What do transgendered people wear? Well, like anybody else, they should wear what is comfortable to them. For instance Chaz Bono, probably the most prominent female-to-male transgender celebrity these days, goes for the good old blue jeans which he pairs with a striped shirt and which nicely slims down his upper body. Good choice, Chaz.

Of course, if you want to go for the “formal look”, you can’t go wrong picking a conservative suit which Chaz opts for during a visit to the ABC studios for an interview. [Iin case you’re wondering, the girl with Chaz in these first two pictures is no other than his girlfriend, Jennifer Elia.]

During fun laidback events, a pair of blue jeans, a blazer, and a tie is a pretty cool ensemble.

But nothing says “Cool!” better than dark sunglasses. 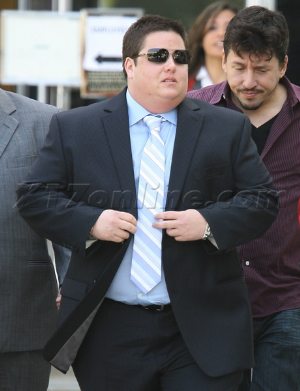 Cargo pants come second when it comes to “cool” fashion. Why, you ask? Because they’re so famously utilitarian. As we said somewhere in this blog, we love cargo pants because of their numerous “pocketses”. You can’t go wrong with cargo pants when you’re traveling. Or, for that matter, a baseball cap. Yankees rule! 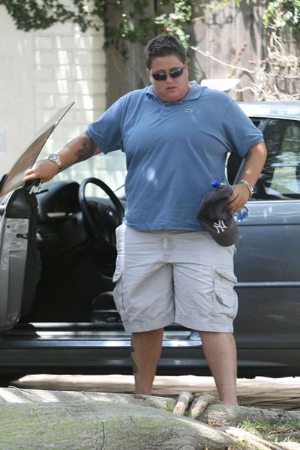 First there was Chastity Bono, daughter of celebrity singers Cher and Sonny Bono. 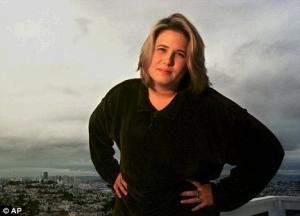 Then Chastity became Chaz when she decided to have a gender reassignment surgery and hormone therapy to become a man.
Why did s/he do it? He tells Good Morning America:

‘I’ve felt male as far back as I can remember. Life is short and life is precious. This is who I am. I need to finally be who I am. This was a very difficult decision to make, but it was the best decision I’ve ever made.’

Well congratulations for finally becoming who you feel you are, Chaz. And good luck to you too.