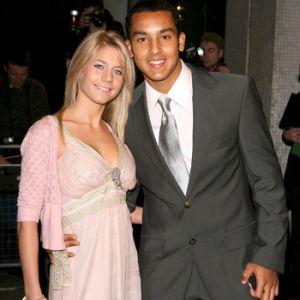 So how did Melanie get her role? Did she line up for tedious auditions like the rest of them? Nope. According to The Sun, “her part came about as director David Yates is the partner of Theo’s aunt Yvonne.” Should we say, “Nepotism”?

UPDATE, 19 May 2011: Turns out that Melanie, aside from being a footballer’s girlfriend, is also a model. Let’s check out her modeling pics for the men’s magazine, FHM.

Is she trying to bring back the Jennifer Aniston haircut? We’re gonna say, “That’s so 90s” but it actually suits her well. Good job, Miss Slade. 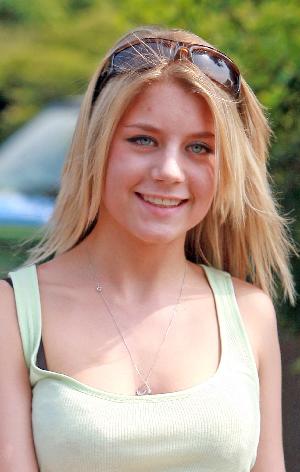 Theo and Melanie sitting on a tree. 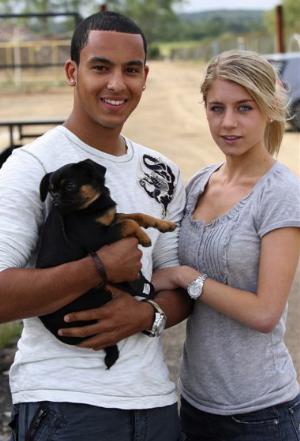 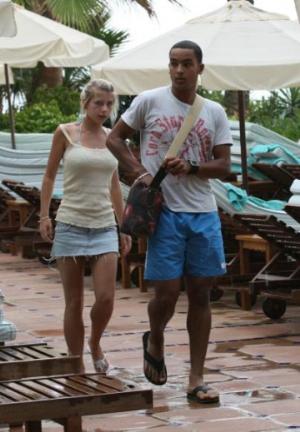 Please tell us we’re not the only ones whose gaydar goes ping, ping, pinging to the 3rd degree with these photos of Theo? Do you sense it too? Please say yes.

But it would be a bummer if it turns out that he’s a “friend of Dorothy” because they look so cute together. We actually want them to end up at the altar and to make beautiful babies together. 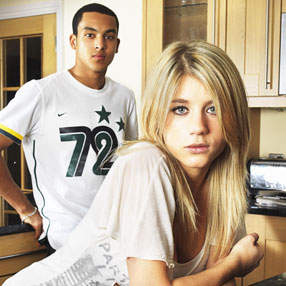 Okay, let’s give you more information about these two lovebirds for the non-Brits among us. The handsome and totally shaggable Theo plays for Arsenal as well as the English national team. His dad is British Jamaican while his mom is English. Like Melanie Slade who appears in Harry Potter, Theo’s family apparently also made a cameo in Harry Potter and the Order of the Phoenix. The hunky footballer himself was supposed to do a cameo but his schedule didn’t allow it.

Meanwhile, Melanie – well, we actually don’t have any information about her other than the fact that she’s Theo’s girlfriend. They met and fell in love at the West Quay shopping mall where Melanie was working.