Theo Germaine Girlfriend or Boyfriend, Relationship Status, and Other Stuff. We mentioned Theo Germaine in our pilot recap for Netflix’s The Politician but let’s do a whole post on him because our niece Sheila is crushing on his character, James Sullivan, on the TV series. We kept teasing her about it but we did give her props for having good taste in dudes. 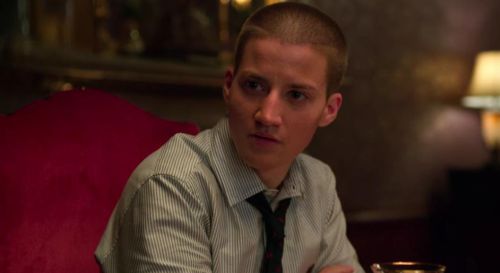 After all, how can one not have a crush on the guy? He’s good lookin’, smart, strategic, wise to the ways of politics and the shenanigans that come with it, and most importantly he’s got a buzzcut that gives them boys from the US Military Academy a run for their money.

Our 15-year-old niece, of course, ain’t the only person who’s got a thing for James. It turns out that his co-character Alice Charles’ got a thing for him too as they were caught snogging by Alice’s boyfriend.

In the Ryan Murphy universe of The Politician, jumping into the bed of your friend’s girlfriend is as normal as brushing your teeth.

If he is the side boyfriend on the show, what is Theo’s relationship status in real life? Does he currently have a girlfriend or a boyfriend or a partner? Well, we went snooping on his social media account (follow him on Instagram @theogermaine) and found this post of our newbie actor with his significant other, William Rusan.

Took a lil working day trip together, were cute and sleepy, had a Nice Time™️

Sorry for you, Sheila, your crush’s got someone already. Better to go study for for Trigonometry class already. Haha.

Before we end this post, we gotta give props to Netflix for, once again, providing opportunities for transgender actors. Netflix opened the door for Ian Alexander who played the role of Buck Vu in The OA (a show we watched in its first season but didn’t for its second season because we were annoyed by the interpretative dancing in the finale) and it cast Jamie Clayton as one of the leads in Sense8 (which we watched in the first season but still have to do the same for the second iteration).

Let’s end this post with these quotes from Theo James on being a transgender actor as well as his casting and experience working on The Politician (via indiewire.com):

“So many auditions for trans characters feel stale, or it’s all about the moment of coming out, or it’s about the point at which somebody is in their transition.”

He says his Netflix experience is different: “To not have any of those things be part of the reality was like, ‘OK, how do I take that hat off and just be an actor and just get to do this thing? I kept thinking, ‘Oh, this is what it must be like for cisgender people, who don’t have to always be like, ‘Yep, I’m trans.’” 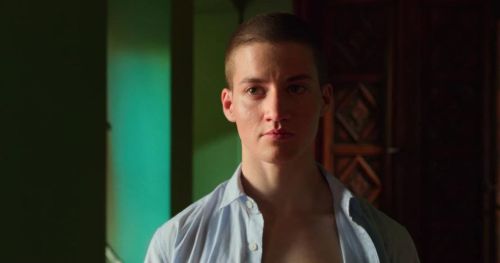 On his on-the-set experiences: “I felt super welcome on set and nobody skipped a beat. I was always gendered correctly and I felt super respected. I quickly even let go of the fear that anything was gonna go wrong. It was kind of magical, actually.”