Let’s begin our list with this Moschino Resort 2016 Patchwork Pencil Skirt. This outfit screams “I’m ready, biatch! Get out of my way!” 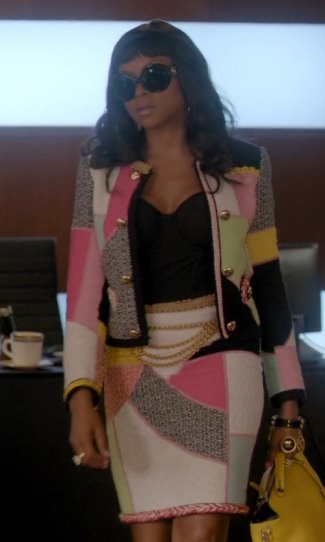 Nina Ricci Custom Vintage Multicolor Dress. This dress is playful but it won’t take no for an answer. 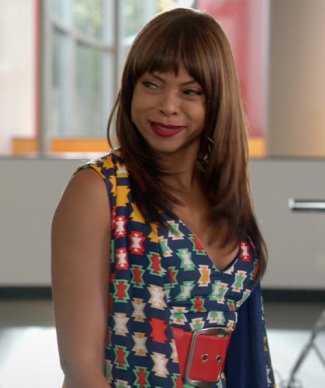 Tom Ford Python Midi Dress. This is our favoritest Taraji Henson Empire dress of them all. It’s sleek, fabulous, stylish, and it shows off a woman’s curves. 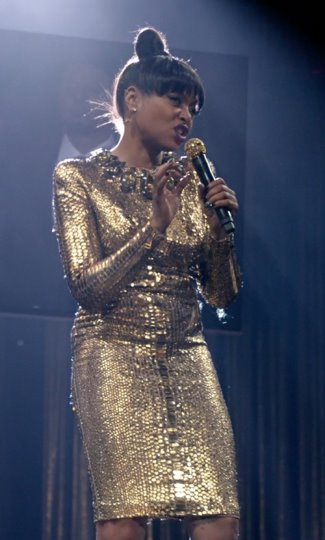 Of course, Cookie Lyon ain’t all about the dresses, she can rock a pantsuit too. She is wearing a Versace One Button Pantsuit. Our Taraji sure can give Hillary a run for the “Woman With the Best Pantsuit in the World” title, no? We’d lose the earrings or the necklace but our Cookie won’t be Cookie if she does not have both.

Christian Dior Sheath Dress. This is probably our least favorite look for Cookie Lyon. Maybe it will look better if she is standing up rather than sitting down like this? 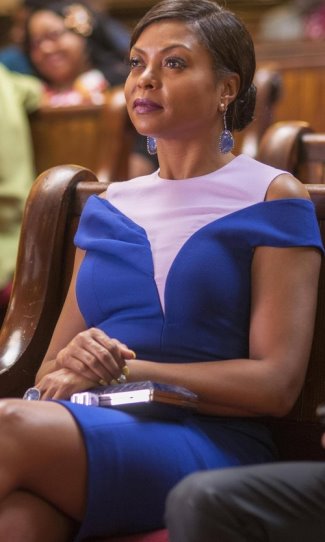 So the last but not the least in our list of Taraji Henson Empire Dresses would be this Studded V-Neck Sheath Dress from Versace Collection. We like this second best — after the Tom Ford Python Midi Dress above — because it looks classy, sensual, and badass. If that ain’t a triple-threat dress, we don’t know what is. 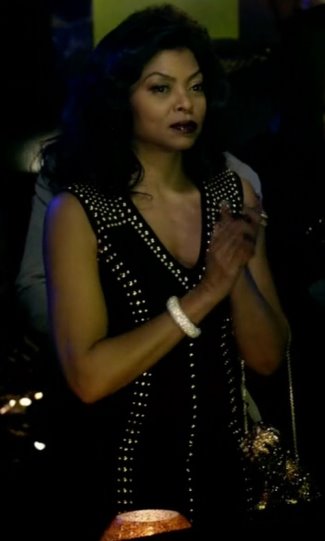 So which of these Taraji Henson Empire dresses is your favorite? Ours would be the Tom Ford Python Midi Dress because it is eye-catching but not distracting. What about you? Tell us in the comments.