Simone Susinna 365 Days: Shirtless, Underwear, Girlfriend. There is a new guy in the 365 Days universe and, boy, does he give Michele Morrone a run for his money! Okay, we gotta be honest here, we still have to watch the movie so we basing our comments on his photos from his Insta (follow him @susinnasimone), his Man About Town interview, and his modeling gigs. But judge for yourself, if you think this guy won’t get your heart a-pumping, then go see your doctor because there might be something wrong with it. Haha. 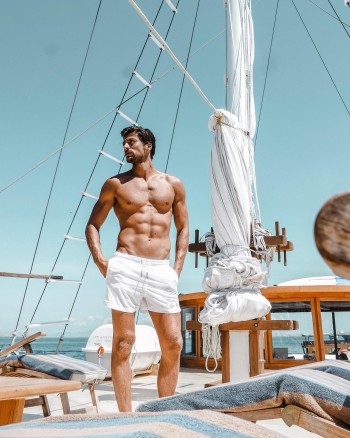 Now, 365 Days: This Day is actually Simone’s first ever acting gig. However, he’s not a newbie when it comes to facing the camera because he’s been modeling for sometime now. Oh, and he was also a participant in an Italian reality TV show called L’isola dei famosi which, according to Gooogle, translates to The Celebrity Island or The Island of the Famous. Anyhoo, here are some of his modeling photos: 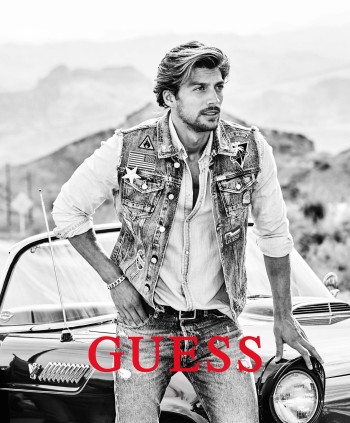 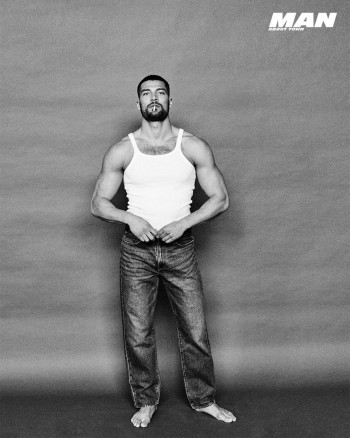 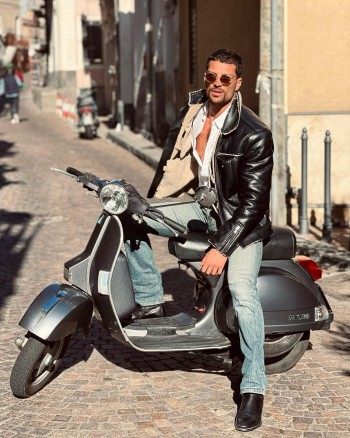 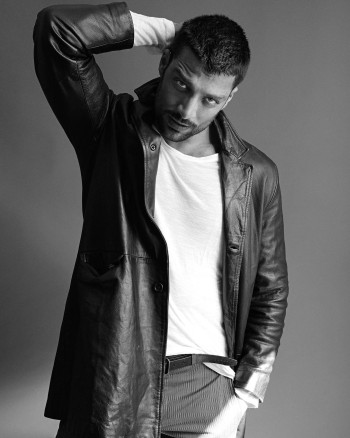 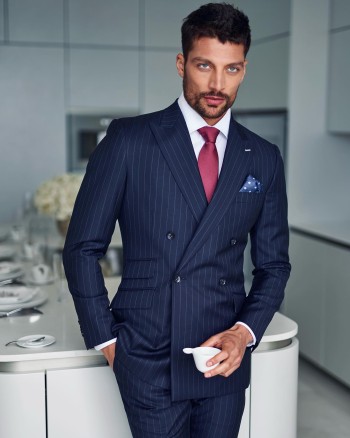 For those of you who are wondering, our new Netflix hunk is from Italy. Specifically, he grew up in Sicily but moved to Milan to become a model. From his interview with Man About Town:

I grew up in Sicily and lived there until the age of 18, my father was an entrepreneur and my mother was a housewife. Growing up in the streets of Catania I loved to play football but I knew that there was no future in this, so I decided to heed the advice of a mentor and pursue my other interest, which was fashion, and move to Milan. Since then I haven’t looked back! I love modelling for how free it makes me feel, it’s a constant joy. 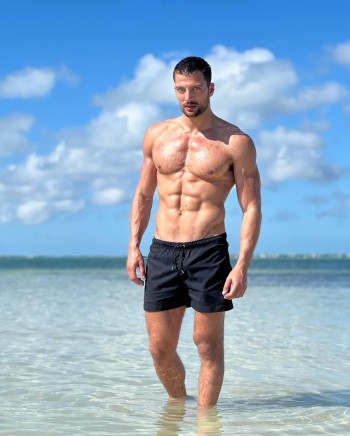 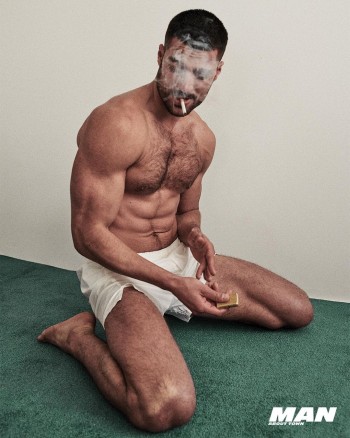 At first, he wasn’t too keen about becoming an actor: “I have to be honest, no, I didn’t see it in my future to be an actor. I’ve always been attracted to fashion but I’m very ambitious and I like challenges, so partly my ambition drew me to cinema. The thing that most appealed to me after my first experience on screen is that through acting, you get the chance to be who you are not, to enter the psychology of a character that is assigned to you. This ability to metamorphosis away from the experiences you know makes me want to grow more and more as an actor. Since my induction into cinema, I have started an intense acting course and will also be releasing two films later this year – here’s hoping they are not the last…” 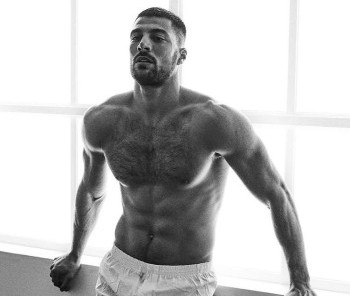 Is our Italian cutie in a relationship? Is he gay or straight? Does he have a girlfriend or boyfriend? We’re afraid we have no answers to these questions yet but, as we usually do, we will update this post once we do have the information. For the time being, here’s a photo of our 365 Days star chillin’ in his Dolce & Gabbana briefs underwear! Yay!!! 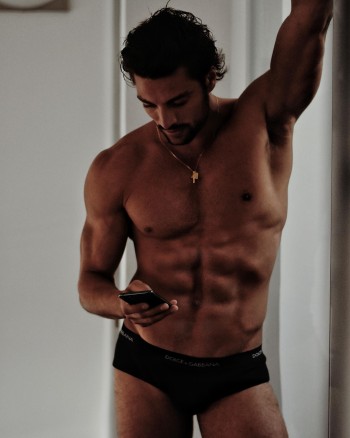 And here’s the model-turned-actor on the red carpet for his movie. That’s it for now, we’re off to watch 365 Days at Deena’s house because we promised that it will be a Famewatcher group watch with her, Kevin, Sheila, and yours truly! 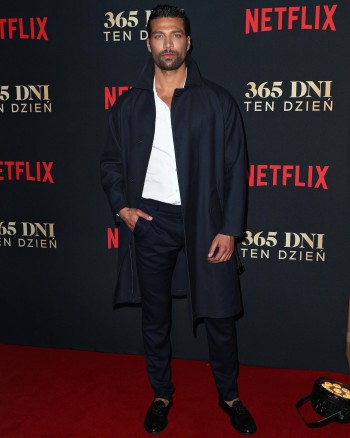