Sebastian Gacki Underwear and Shirtless Photos. Oh Canada! You’re the land where hot guys come from. And Hollywood thanks you for it for without Canadian dudes, there would be no Hollywood. Okay, we are overstating the impact of Canadian actors in tinseltown but without Canadians (and Aussie hunks) Hollywood would be a much less hotter place. 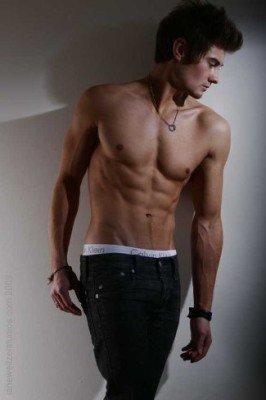 You agree, right? What would be Hollywood be like if there is no Ryan Gosling, Ryan Reynolds, Hayden Christensen, Justin Bieber (okay we can imagine Hollywood without him), Stephen Amell, Alexander Ludwig, Cory Monteith, Matthew Perry, Jason Priestley, Keanu Reeves, William Shatner, Alex Trebek, the Sutherlands, and many others too many to mention. The downside to the abundance of Canadian hotties in Hollywood is that, because there’s just too many of them, some — like our Canadian Hunk of the Day Sebastian Gacki — are left unnoticed.

Apparently, Sebastian started acted acting in 2005 when he was cast in the war movie Eighteen where he played the role of a “shot German soldier”. It must be a minor role if the writers didn’t bother to give the character a name. He then went on to play bigger roles in The Brotherhood IV: The Complex. It’s a silly, much criticized B-movie but it gave us these underwear photos of Sebastian so we’re not gonna say something bad about it. Hehe. 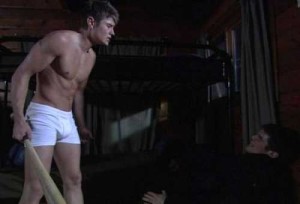 A year later in 2006, Sebastian starred in a TV-movie, Beastly Boyz, about a young man who avenges the death of his twin sister. We’re guessing the next photos are from the “revenge scenes” in the movie but why is the guy in white boxer shorts gagged? Weird, no? 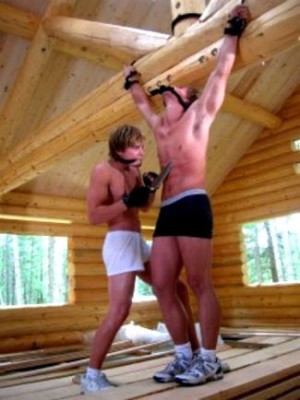 The same year, Sebastian guested on the TV series Kyle XY, where he was a lifeguard in red swimshorts a-la David Duchovny. [Update: My bad. We are thinking of Hasselhoff not Duchovny.] 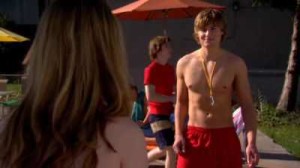 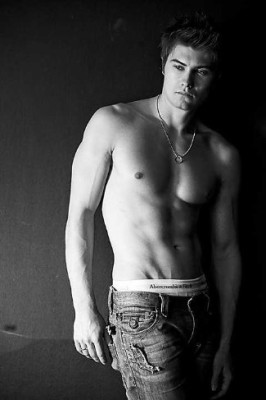 Or him flexing his biceps? 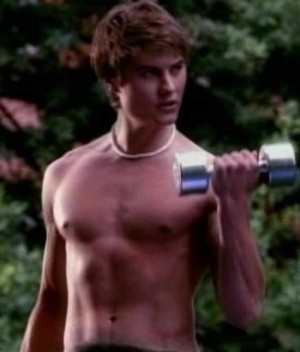 Let’s end this post by sharing with you some Sebastian Gacki fast facts to answer your questions:

1. He is reportedly half Polish according to a commenter on his IMDB profile.
2. He stands at 5′ 10″ (1.78 m) according to IMDB.
3. He’s from North Vancouver in British Columbia.
4. Birthday is October 27, 1984 so he’s now 28 years old.
5. Does he have a girlfriend? We don’t know. If you do know, do tell in the comments.
6. Is he gay or straight? Straight according to wiki.answers.com and gay according to the denizens of gay-or-straight.com. The info on said sites are user-generated so take them with a grain of salt.