Sean Connery Bodybuilder. We already know that Scottish hunk Sean Connery used to be a male underwear model but did you know that he was also into bodybuilding? In fact, he participated in the 1953 Mr. Universe bodybuilding competition. Some sources claim that he placed third in the contest but others say he did not. 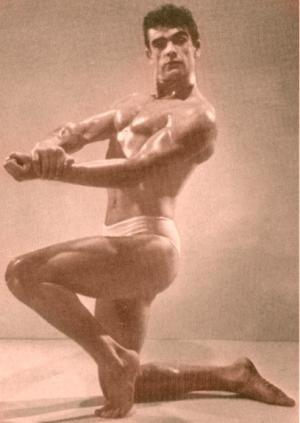 Anyhoo, whether he won something or not, there’s no doubt that he is probably the world’s most successful celebrity bodybuilder ever. After all, he ended up as James Bond, didn’t he? Or should we give the “most successful celebrity bodybuilder” to Arnold Schwarzenneger? After all, he did end up as the governor of California which, according to California dwellers, is the most important state of the Union of United States. [Related:Sean Connery Underwear.] 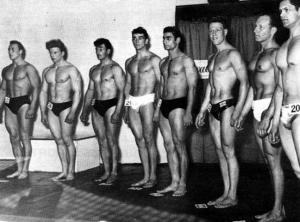 Hunky men all in a row! Where is Sean in the above picture? He’s supposedly the fourth guy from the left who’s wearing a white posing suit.

But let’s go back to whether Sean Connery or The Guvernator is the “most successful celebrity bodybuilder” shall we? Can we agree that Schwarzenneger is more successful in the area of bodybuilding because he did win Mr. Universe titles? However, in the field of acting, let’s agree that Connery is the more successful guy because he’s got numerous acting awards one of which is an Oscar whereas the only acting awards ever given to The Guvernator is a Razzie for Worst Actor. [Update and correction: Arnold apparently has a Golden Globe Award for Best Acting Debut in a Motion Picture (Male) for his 1976 movie, Stay Hungry.]

Hello Mr. Hairy Man! Who you staring at? 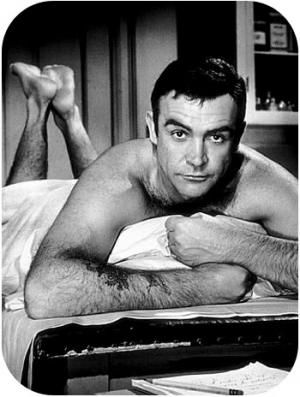 …..
Sean Connery Bodybuilder Update (17 November 2017). Of course you want more Sean Connery bodybuilder photos, don’t you? This one is for those of you who want to closer look at Sean’s Mr. Universe competition photo below. 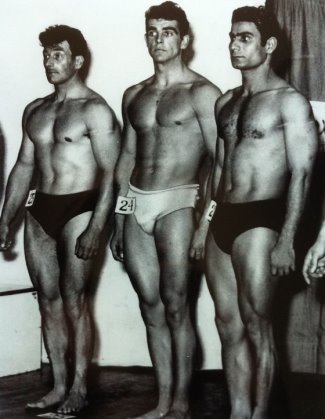 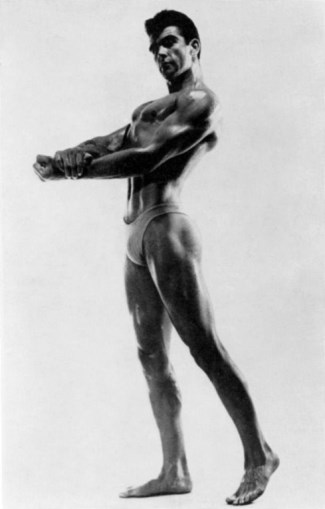 Sean and his bodybuilding pals. 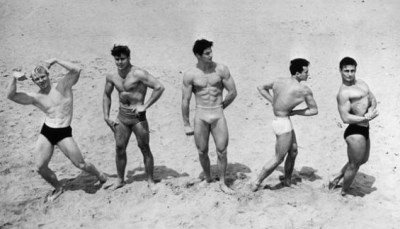