Scottish Men Wearing Kilts. The last time we blogged about him, Ewan McGregor was kissing Jim Carey. Now let’s have the hottest man of Scotland in all his kilt-wearing glory. 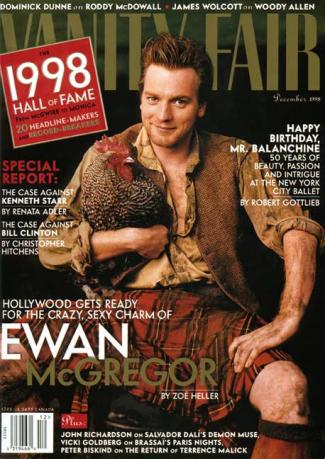 Anyways, know what, we think the number of tourists in Scotland will rise to the stratosphere if their tourist bureau will feature a kilt-wearing Ewan McGregor in their advertising campaigns. You agree right? Of course, you should! After all, Scotland isn’t all about Nessie, JK Rowling, castles with ghosts, and guys dressed as Barbie.

Hmmm. Is the next photo below of a shirtless Ewan in kilt real or a photoshopped image? 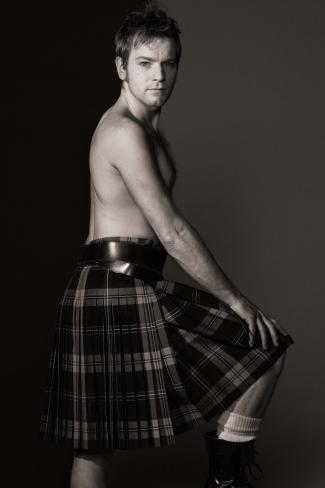 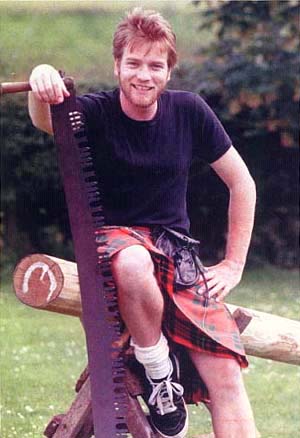 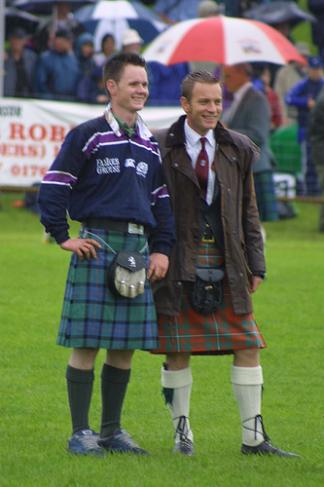 Scottish Men Wearing Kilts Update. You want more famous Scottish male celebrities dressed in kilt, don’t you? Of course you do. Everybody does! Our friend Kevin does! Deena does! And all of us here at Famewatcher do! So we decided to update this post to give you more Scottish hunks in their fab kilts.

We begin with our favorite and the best late night show host, the funny and talented Craig Ferguson. Yeah wave it, baby! 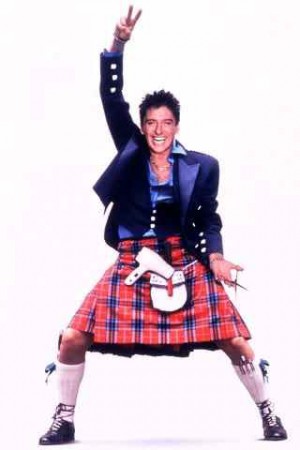 Since we began with Craig, we might as well continue with another Hollywood-based Scotsman who often guests on Craig’s television show. Ladies and gentlemen, it’s Gerard Butler. [You can actually see more of him wearing kilt in our post Hot Shirtless Gerard Butler.] 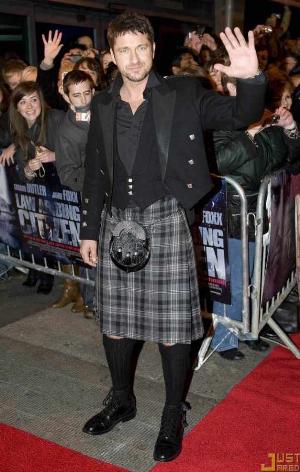 Another Ferguson who obviously also loves him his kilt is retired football star Duncan Ferguson. Check out these weird photo of the footballer wearing a kilt on the pitch. Is this photo for real? Where did his other leg go? 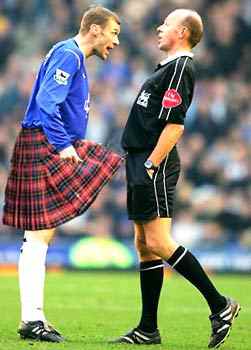 Like their football counterparts, Scottish rugby players also love them their kilts. For instance, here’s rugby star Thom Evans at the 2010 Dressed to Kilt fashion show in NYC looking every inch a model on the runway. 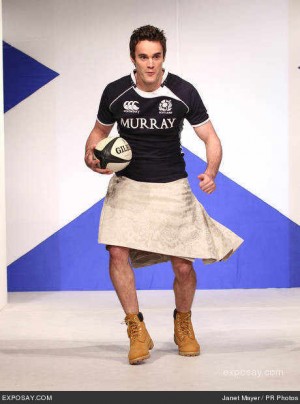 A year later, Thom was again at the 2011 Dressed to Kilt show with fellow rugby player, Richie Gray. By the way, our friend Kevin says Thom tops his list of the Hottest Scottish Men Wearing Kilts. 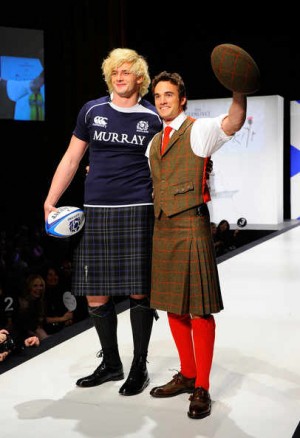 In an interview with Jonathan Ross, Andy revealed that they wore underwear underneath them kilts. Says Andy: “I did wear pants, my brother told me to. I didn’t want to wear anything because it’s tradition. But I suppose it was pretty cold that day.” 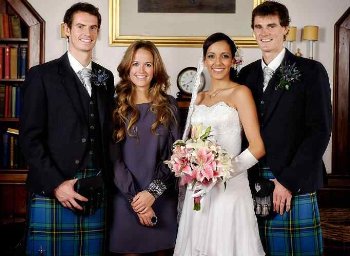 Celebrities of Scottish descent love them their kilts too! Cases in point: Scots-Canadian pro-wrestler Roddy Piper… 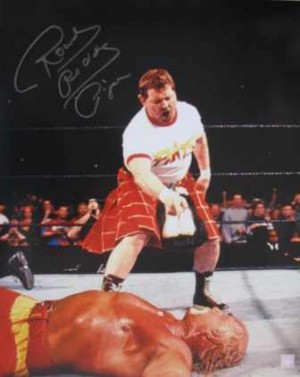 …and S*x and the City star Kyle MacLachlan. 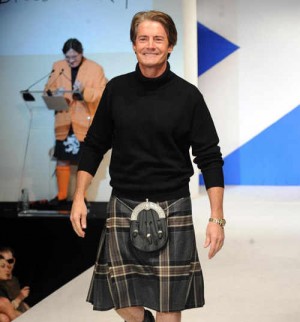 Billy Boyd is looking cool in his kilt, no? If he wore a kilt in Lord of the Rings, we’d have no trouble telling him apart from that other hobbit and we wouldn’t spend a lot of time wondering whether he’s Merry or he’s Pippin. 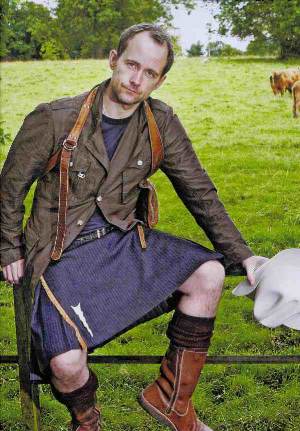 On the other hand, we’d always recognize James McAvoy in whatever role he’s in. 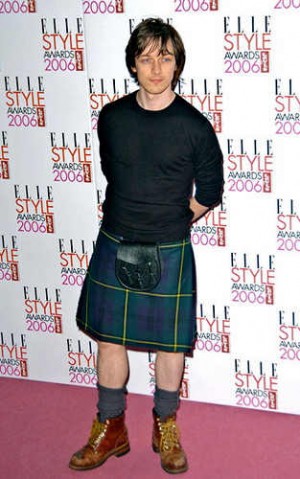 The same may be said for the most famous Scotsman of all, Sean “James Bond” Connery! 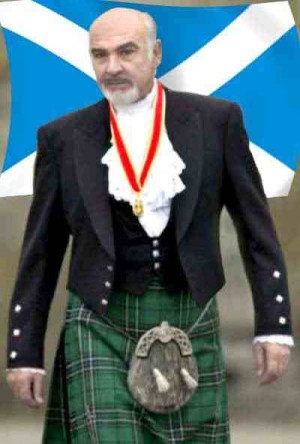 So does Dr. Who star David Tennant.

Now who is the guy below and what’s he doing lying down under the bridge? The cutie is Hamish Clark, star of the BBC TV series Monarch of the Glen. 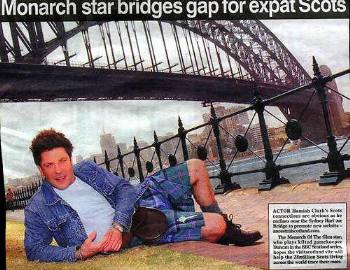 What’s the “let’s pose under the bridge” about? He’s reportedly promoting a website called ancestralscotland.com which seeks to bridge the gap between Scottish expats and their homeland. Very literal but kind of cute, no?