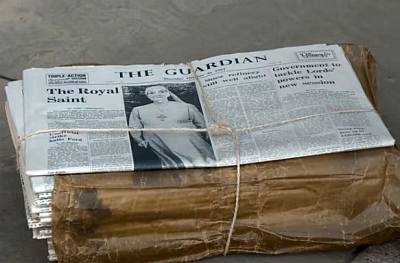 From The Times: “There was no ‘John Armstrong’ and even were he to have existed, he would not have written a damning front-page Guardian review of the documentary, not least because the documentary went out on a Saturday and was old news by Monday’s paper. The paper’s TV reviewer, Stanley Reynolds, merely noted that Her Majesty was ‘a delightful surprise’.”

Now, when the character first appeared onscreen, your Famewatchers who did a group binge over the weekend were like, “Whoa! Who is that handsome guy?” 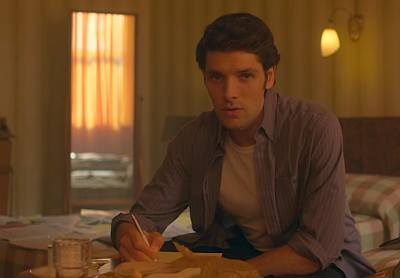 Deena and yours truly were like, “He looks familiar, have we seen him somewhere else?” 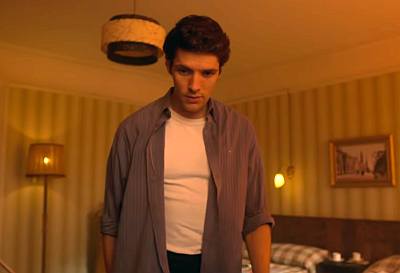 But as the episode (Bubbikins) chugged along, we kinda forgot about the hot looking journalist as we were captivated by the saintly life of Princess Alice and the realization that Prince Philip and his BBC pals may have actually given birth to today’s reality television genre.

But, once again, John Armstrong appeared on screen and we were like, “He really looks familiar. Who is he? He is really good looking.” 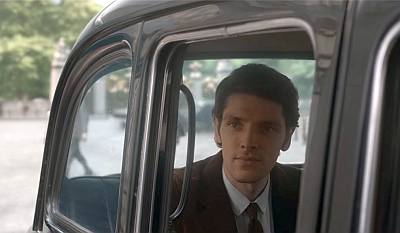 Deena was actually the first to identify the guy and it happened when he was waiting to interview Princess Anne. “That’s Merlin! OMG! That’s Merlin,” she squealed with delight as if she won the lottery.

True enough, this famous smile — which is beautiful and heartwarming but has some impishness about it — can belong to no other man than Merlin star Colin Morgan.

After realizing who the critical journalist — who called Princess Anne dumpy and grumpy — is, we were like: “Queen Lizzie and her family will be royally effed up if Merlin goes against them.”

Thankfully, the fictional John Armstrong aka the mythical Merlin aka our imaginary boyfriend Colin Morgan had a change of heart when he interviewed Princess Alice and realized that there’s a real living saint among the royals so they really ain’t that bad.

Colin’s appearance on The Crown made us want to watch Merlin all over again so excuse as us we go binge it for the nth time. Meanwhile, we’ll leave you with this photo of Merlin and King Arthur because we know you love and miss them as much as we do. 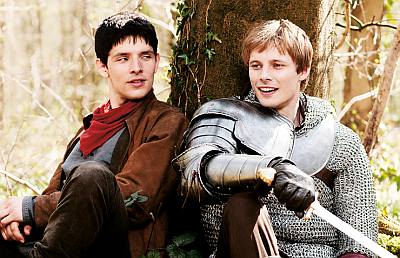