We didn’t realize that Scala, the famous Brazilian brand which brought us the Scala Bio-Fir anti-cellulite underwear, has an underwear line for men? Check these out. If the Scala underwear for women will help them lose cellulite, do you think these men’s underwear from the same company will do the same thing for men? Or will it, heavens forbid, make them lose their balls? Haha.

We wonder what male model Guilherme Valle will think about that? Which do you prefer, lily white boxers underwear or baby blue boxers? 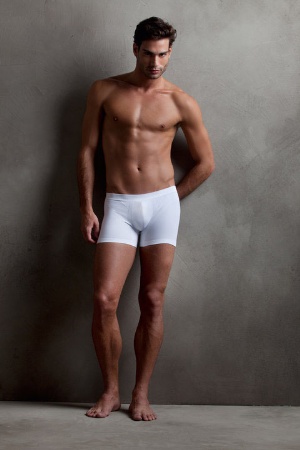 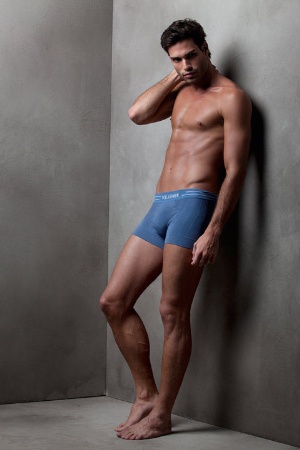 This brown-eyed six-footer model hunk is, if we are not mistaken, from the Land of Models aka Where is But Brazil.

Guilherme is fairly new in the modeling scene so there’s not a lot of him out there yet but he did work for Bob Store Los Dos 2010 Summer Campaign along with Dutch female model Chiara Soru.

As for Scala, well this Brazilian brand needs no introduction around here because we’ve blogged about the label already. However, did you know that it also has a shapewear for men? Check out it’s Scala Biofir for men which, according to the company, is “fully developed with microfiber active bio-crystals” and that it “improved the sports performance”. 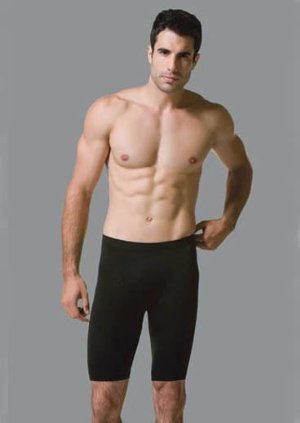 Is this just a shapewear or does it also melt cellulite? Unfortunately, we don’t think it has anti-cellulite properties. Okay, we’re not sure if the Scala Biofir for men is the same as the Scala Bio-Fir Anti-Cellulite Leggings which is claimed to have the ability to melt your cellulite if you’re wearing the outfit. But as we’ve said in the past, the best way to melt your cellulite is to go to the gym, or do some physical sports, or walk regularly in the park. 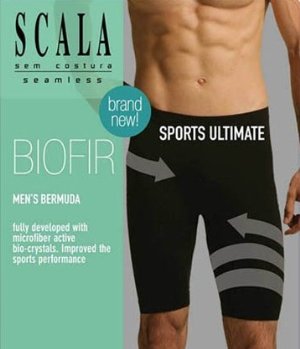 Want more men’s underwear? Check out these men in boxers underwear as well as these men wearing briefs.