Sasha Farber Shirtless, Underwear, Wedding Photos. Seven years later, we are updating this post to bring you these wedding photos of Sasha with then-girlfriend and now-wife Emma Slater.

The two got married last March 2018 at Bella Blanca in Los Angeles.

More about the DWTS stars’ big day from wedding planner Michael Russo who talked to US Weekly: ““As Emma walked down the aisle, instantly locking eyes with Sasha, it was as if time stood still. Their moving vows had moments of both humor and heartfelt emotion, which made the ceremony a truly special and magical thing to behold. I couldn’t be more proud to have been a witness to this celebration of pure, unconditional love.” 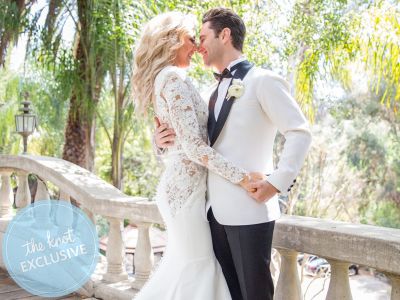 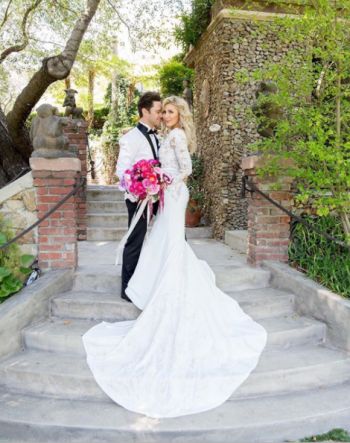 Sasha Farber Shirtless and Underwear Photos, Part II. For fans of shirtless celebrities, here are more pics of a shirt-free Sasha which we grabbed from his Instagram page. Follow him @sashafarber1 if you want more of these. 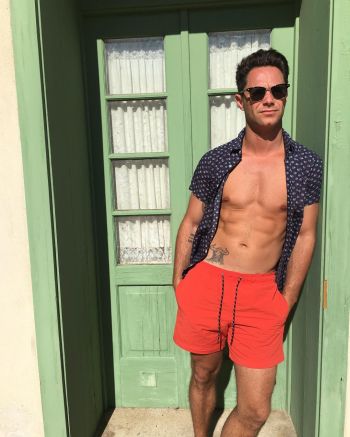 Look at them biceps! 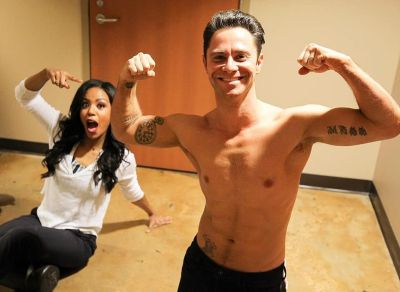 Look at them sculpted washboard abs! 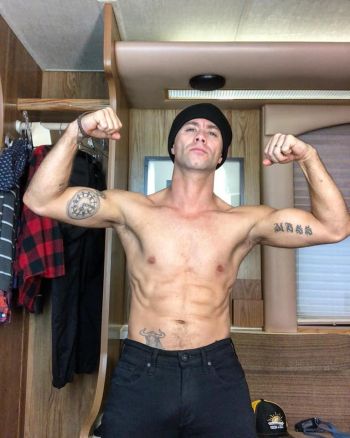 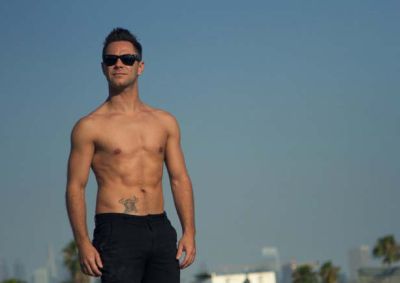 With actor Frankie Muniz who landed in 3rd place during the 25th season of Dancing With the Stars. 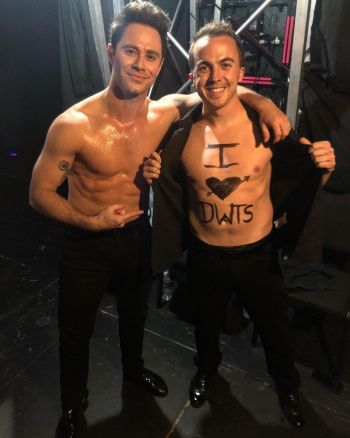 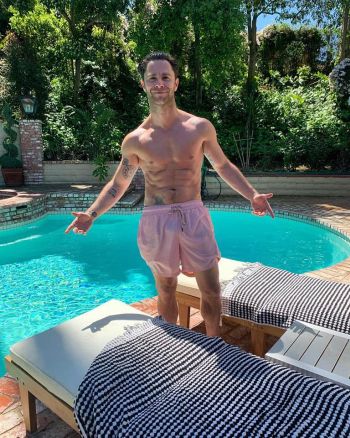 Is our Sasha wearing underwear as swimwear in the next photo below? 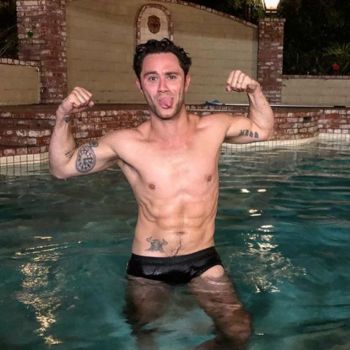 …..
Sasha Farber Shirtless: Is He Gay or Does He Have a Girlfriend? (8 October 2013). When our gay friend Kevin came across this photo of Dancing With the Stars’ Sasha Farber and Tristan MacManus the first thing he asked was, “Are these two lovers?” 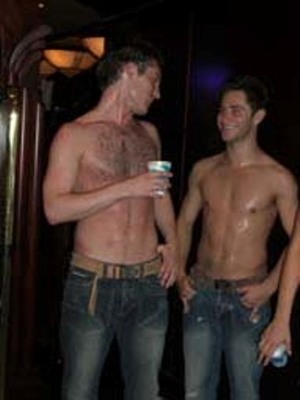 We won’t be surprised if there are m/m fanfic fans who would pair these two DWTS hunks but Sasha’s got a girlfriend and Tristan is engaged to an Australian actress so the answer to Kevin’s question is a big fat no, nej, nein, nai, hindi, minimi, ahneo, and nyet. Did we impress you with our mastery of foreign languages? Actually, we just looked up the translation in Google. It shows how we care about our international readers. Hehehe.

By the way, the above pic is from The Bay Area Reporter (ebar.com) which mentions that it’s from Floorplay, a show in El Dorado Hotel Casino in Reno in which the two dancers performed.

Now, even if Sasha Farber is not gay, it doesn’t mean that Kevin can’t appreciate the dancer’s shirtlessness, right? So here are some shirtless photos of the 29-year-old Russian-born Australian dancer. 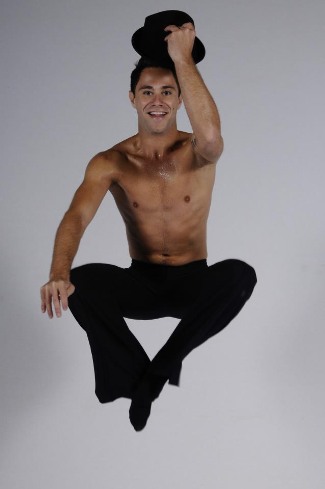 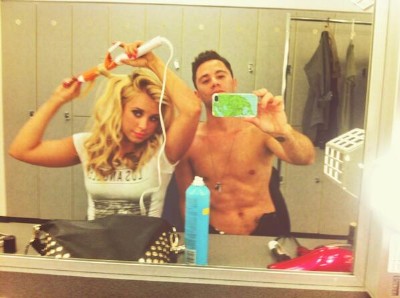 Nope, despite the Malaysian Education Ministry’s belief that V-Necks are signs of gayness, Sasha’s extremely low V-Neck is no sign that he is a homosexual. 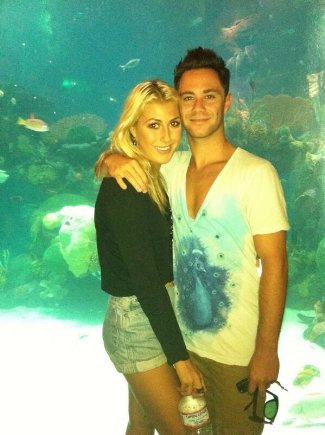 Question of the day: Is Sasha naturally smooth or does he shave his abs and chest? 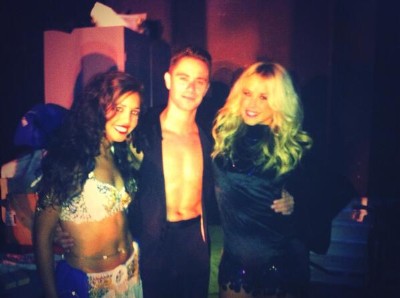 For those of you wondering, Sasha’s girlfriend is Emma Slater who also stars as a pro dancer on DWTS. Check out the lovey-doveys at the All In For The 99% event held in Los Angeles last year. They sure look good together, don’t they? 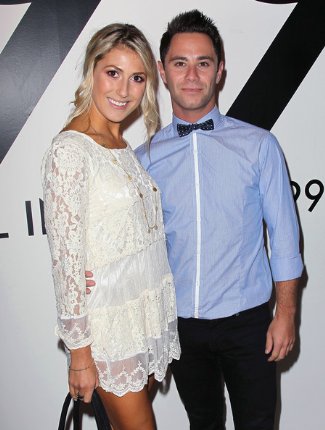 That’s it for now, fellow Famewatchers. For more DWTS hunks, go check out our post on Gleb Savchenko’s Shirtless Photos.