Pasha Pashkov Shirtless Photos, Part II. So, how did Pasha do in last year’s Dancing With The Stars (DWTS)?

Well, he acquitted himself well as he and partner Kate Flannery place 7th overall among 12 dance pairs. To quote our friend Deena, that ain’t bad for a newbie!

Both Pasha and wife Daniela are coming back for the upcoming 29th season of DWTS. However, we do not yet know the celebrity contestants they’ll be partnered with. While waiting for the show to start, check out these shirtless photos of our dance hunk chilling on the beach in his short shorts. Yay! 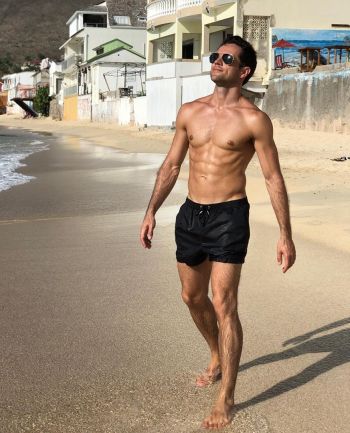 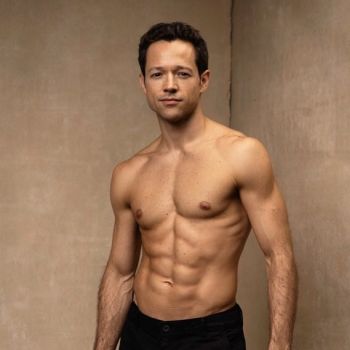 …..
Pasha Pashkov Girlfriend, Wife, Shirtless Photos (5 October 2019). There is a new dance pro in town and our Grandma Akita is love, love, loving him. Well, how can you not love Pasha Pashkov with his impish smile, cute dimples, curly hair, and all.

He and his Dancing With the Stars (DWTS) celebrity partner Kate Flannery are doing pretty good so far and are currently tied in third place (in terms of overall scores) in the DWTS leaderboard.

Looks like we have a contender in our midst, no? Watch them do the quickstep which earned them their highest scores to date.

Ain’t it great to have a dance pro who don’t make it about themselves but actually share the stage with their celebrity partner and so their performance is actually a collaboration? Of course we’re shading that ridiculous producer favorite that is Derek Hough who, instead of teaching his partners, usually dances up a storm on stage to call attention to himself and to hide the deficiencies of his partner that he didn’t care to teach properly.

Anyhoo, we are Team Kate and Pasha at this point because they’re doing well and it would be great to have a newbie and a lady of a certain age win the mirror ball.

Pasha Pashkov Wife or Girlfriend. He is married to dancer Daniella Karagach who also joined this season as a pro. According to their DWTS profile, Pasha and Daniella tied the knot in July 2014 after four years of dating. Here’s the lovebirds when they tied the knot. 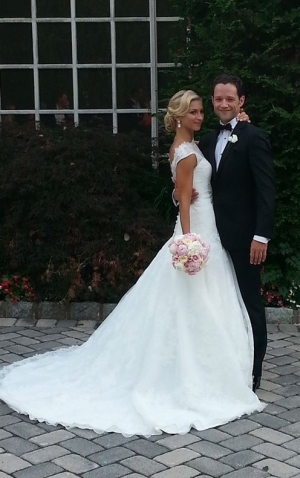 Before Pasha and Daniella became partners at home, they were also partners in the dance stage and share tons of championship trophies and medals together. 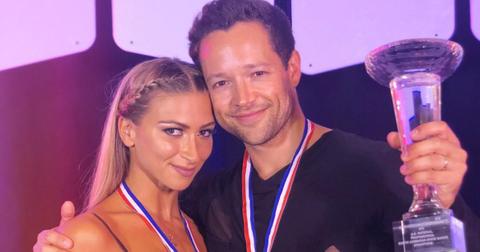 Pasha Pashkov Shirtless Photos. We know that some of you, like our friend Deena, are thirsty for some Pasha Pashkov shirtless pics so here’s one we grabbed from his Instagram account (follow him @pashapashkovofficial). 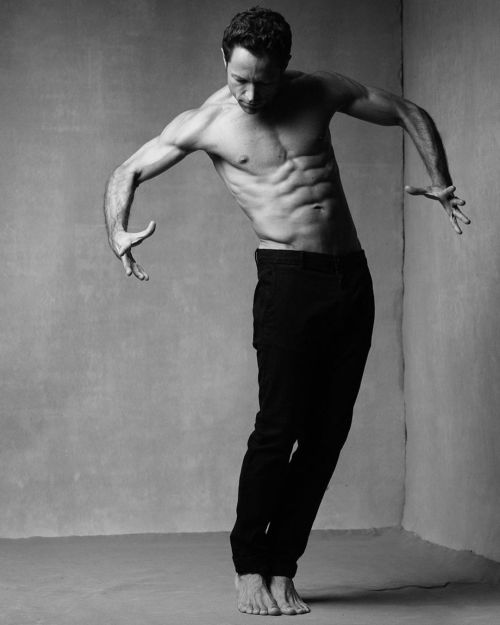 Woooo, does he have the best washboard abs among the current DWTS male professional dancers? Want more Russian DWTS hunks? Check out our post on Gleb Savchenko where he models his own underwear collection.