Samuel Barnett Gay, Boyfriend, Married: Dirk Gently Shirtless Underwear. Is Samuel Barnett gay or straight? Wonder no more, fellow Famewatcher. He is gay. And he’s got a boyfriend? How do we know this, you ask? Well, a 2014 New York Times story by Jacob Bernstein gives us the answer.

And, yes, he is gay. His boyfriend is the theater director Adam Penford, who is heading up the revival of “A Small Family Business” at the National Theater in London.

Mr. Barnett’s sexuality is not a topic of conversation he seems eager to pursue. He worries a bit that being open about it will hinder his acting career in the United States, where there are more and more gay actors who have come out, but still no real gay movie stars and a mere handful of gay men on the major networks playing heterosexual leads.

Of course, we had to look up for photos of Samuel Barnett and Adam Penford. You know, maybe some pics where the lovebirds are sitting on a tree. Fortunately, we found some. Well, the two are not sitting on a tree or anything but, instead, are attending an event. Here’s Samuel and Adam: 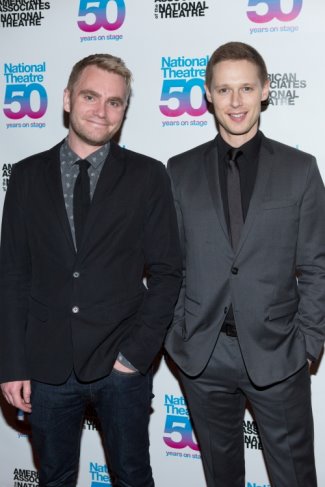 Are they still boyfriends or are they married? We can’t find any info of them ever tying the knot so it’s safe to assume that they’re not (yet) married. Anyhoo, here’s another pic of the couple. 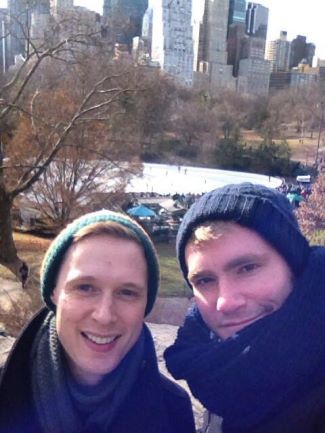 Samuel Barnett Gay Actor. What are he challenges of being an openly gay actor? Well, he tells us in the NY Times article.

“When you say there’s more work for openly gay actors,” Mr. Barnett said, “what you’re really saying is that there are more gay roles that those gay actors could get. I don’t go into an audition back home thinking, ‘This is a straight role, so I might not get it.’ Here I do. And that’s just a truth for me.”

Still, he said, he does not feel like a victim.

When Mr. Barnett was doing “The History Boys,” a friend told him that that kind of stroke of luck generally strikes an actor only once every 10 years. “And I feel like with ‘Twelfth Night,’ I’ve now had two of those jobs,” he said. “I feel like I’ve gotten more than a lot of people will ever get. I feel very fortunate.”

Samuel Barnett Shirtless and Underwear Photos. Our Sam is currently starring on the the Netflix show Dirk Gently. He is great and delightful in it. And his fellow cast members, such as Elijah Wood, are great too. Here are some pics we screencapped from the series. 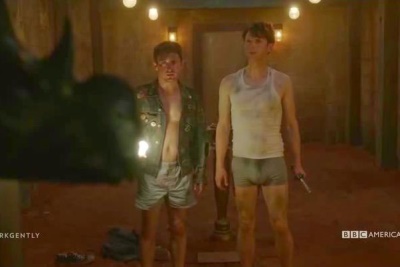 He is rocking his boxer briefs, no? [Want more male celebrity underwear?] 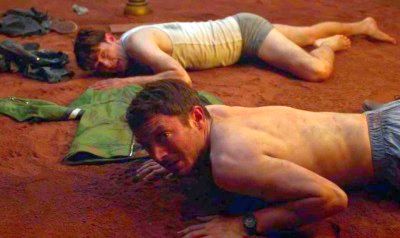 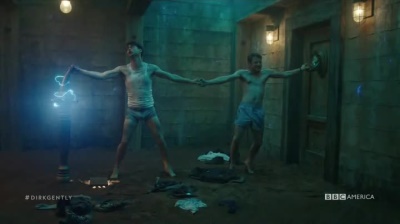 And, the last one: 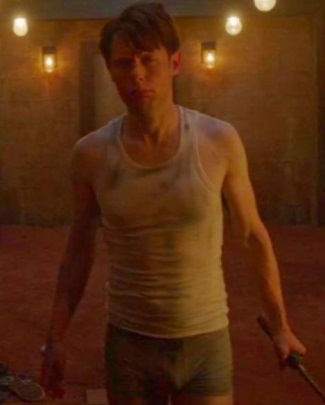 Let us end this post with our favorite Samuel Barnett photo, shall we? He looks so hot and oh-so-shaggable in this NY Times picture, no?