Sam Talbot Shirtless Photos. Let us add the hunky, sexy, and totally shaggable Sam Talbot to our list of shirtless Top Chefs. The handsome hunk who gained fame when he placed third on the second season of Top Chef is back again for Season 14. Let us keep our fingers crossed that he’ll end up winning the whole shebang. 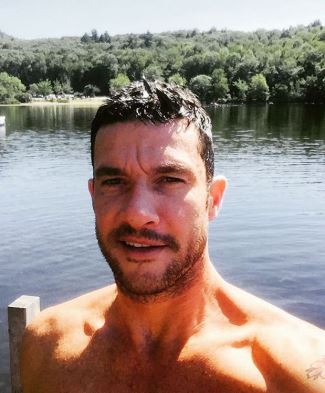 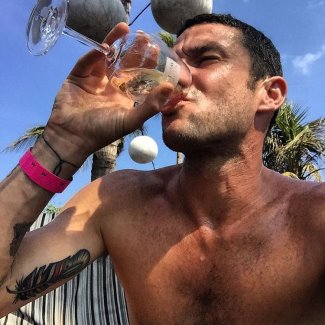 We get a glimpse of Sam’s underwear. Apparently, he likes him his Calvin Klein undies. Black CKs to be specific. 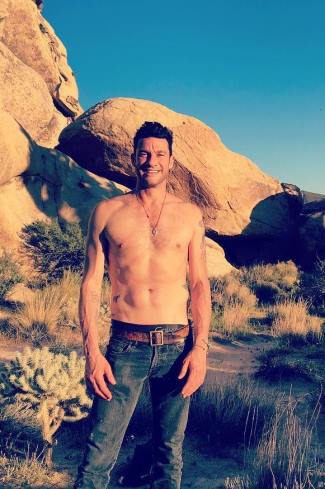 Sam Talbot Gay or Straight? He is straight although you are free to dream of him as a gay dude which is what our friend Kevin did when he came across the next image: 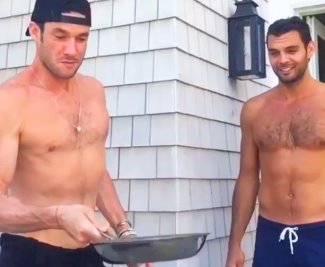 The next pic is kinda gay too, no? 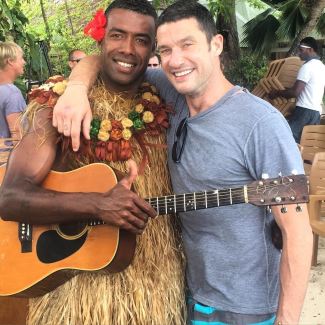 Sam was once married to Colombian model Paola Guerrero. They tied the knot in 2008 but divorced a year later. 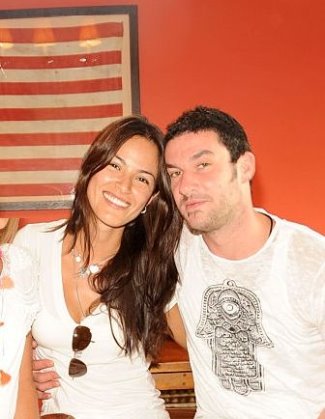 Was Kelly Bensimon the cause of the divorce? Sam says he’s just friends with his fellow Bravo reality star.

Ain’t he looking sexy hot in his chef jacket. Yummmmmy! 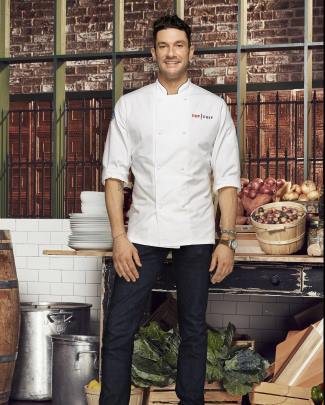 More about Sam from his Bravo Top Chef profile:

Diagnosed at a young age with Type 1 Diabetes, Chef Sam Talbot lives every hour with a deep understanding of the impact of food on life and life on food. Talbot was a semi-finalist on season two of Top Chef in Los Angeles where he was voted “Fan Favorite.”

He is the founding Executive Chef of The Surf Lodge in Montauk, NY and during his time there it became a nationally acclaimed culinary destination. He went on to work with Morgans Hotel Group, opening Imperial No. Nine, a chic sustainable seafood restaurant at the Mondrian SoHo, all while championing his philanthropic causes and publishing his first book, The Sweet Life: Diabetes without Boundaries.

In conclusion, let us end this photo with our favorite Sam Talbot shirtless pic.