British singer Sam Smith came out last May in an interview with thefader.com. During said interview, he talked about an unrequited love who inspired his latest album. Now, he apparently found a boyfriend. Yay for Sam and his new man!!!

You sing a lot about love and relationships. What’s been your experience with love? I’ve never been in a relationship before. I’ve only been in unrequited relationships where people haven’t loved me back. I guess I’m a little bit attracted to that in a bad way. In the Lonely Hour is about a guy that I fell in love with last year, and he didn’t love me back. I think I’m over it now, but I was in a very dark place. I kept feeling lonely in the fact that I hadn’t felt love before. I’ve felt the bad things. And what’s a more powerful emotion: pain or happiness?

Does he know he largely inspired the album? He does. I told him about it recently, and obviously it was never going to go the way I wanted it to go, because he doesn’t love me. But it was good as a form of closure, to get it off my chest and tell him. I feel better for it. I feel almost like I signed off this part of my life where I keep giving myself to guys who are never going to love me back. It feels good to have interviews like this, to chat about it and put stuff to bed. It’s all there now, and I can move on and hopefully find a guy who can love me the way I love him.

As we mentioned above, Sam did eventually find a guy who loves him back. From metro.co.uk:

The British singing sensation says there is no substitute for chatting people up in the flesh and says looks count for nothing – especially online. ‘From my experience the most beautiful people I’ve been on dates with are the dumbest, so why would I swipe people who are “unattractive” when I could potentially fall in love with them?,’ he explained. ‘Stop Tinder and Grindr!’

And the romantic’s anti-cyber approach has paid off, although he refuses to name the lucky fella.

‘I’ve been on a couple of dates. I’m good at dates,’ the 22-year-old explained on the In:Demand show backstage at the V Festival.

‘I used to get really nervous but now I’m better. There is one particular guy that I’ve been on a few dates with. I like him but who knows?’

Sam Smith Boyfriend? He’s not naming his new boo so let’s speculate, shall we? Could it be this guy? 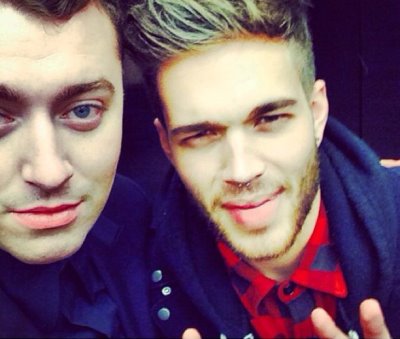 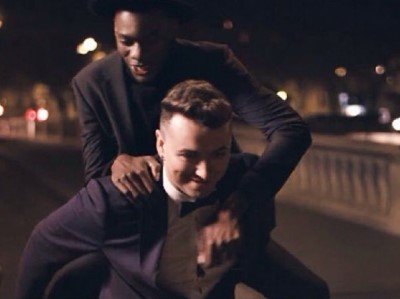 Or maybe its neither of the two? Well, we sure hope to find out in the future when Sam goes public with his relationship. And whoever it is, we are happy that Sam is happy.

Sam Smith Shirtless Photo. We searched the internetz and this is the only one we came up with: 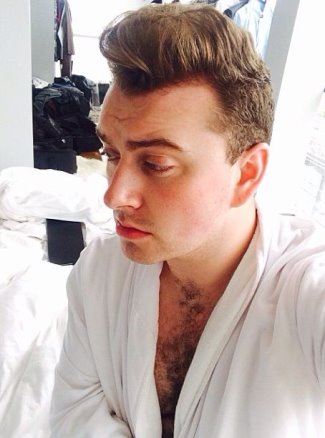 Sam Smith Underwear: Boxers or Briefs. He tells us what he prefers to wear in this interview with Mix101:

Wouldn’t it be fun to see a photo of Sam Smith wearing a thong? Hehe.

Unfortunately, after going out on several dates, Sam and Charlie decided that they are better off as friends rather than lovers.

Says a source who blabbed to The Sun: “The pair hung out to discover if they were compatible. Friends have said nothing romantic happened because they decided they were better off as friends.

“They enjoyed each other’s company as both are quite deep individuals. They deliberately never took any pictures together because they wanted to keep it under wraps.

“Sam’s schedule is incredibly hectic so their dates were very sporadic. They mutually decided in May that it wasn’t going to work.”