Ryan Reynolds Fashion Style Watch: Ralph Lauren on GQ Magazine. You want to dress like Ryan Reynolds and you’re wondering about the fab outfits he’s wearing in his GQ photoshoot? Wonder no more, fellow Ryanwatcher. As we mentioned in an earlier post, our Ryan is wearing an All Saints dress shirt. 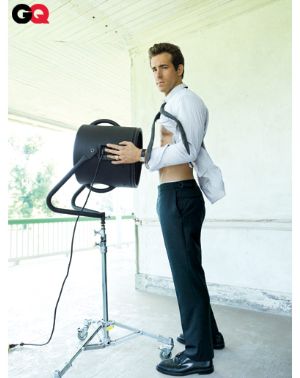 Meantime, his pants as well as his jacket in the first pic above as well as in the succeding pic below are from Ralph Lauren. 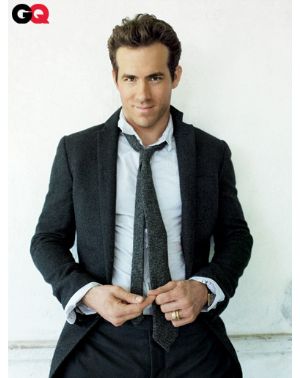 The sweater vest in the next photo is also by Ralph Lauren. 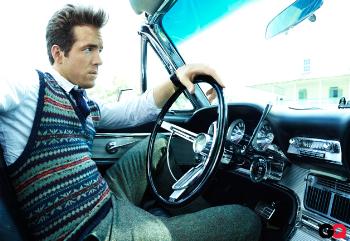 So there you have it, Ryanwatcher. Watch out for our other blog posts on how you can dress like Ryan Reynolds. 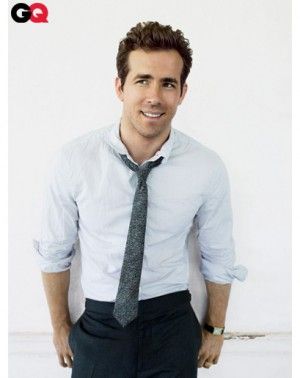 Canadian superhunk Ryan Reynolds sports a fab dress shirt from the British High Street Retailer, All Saints. Now, now, please don’t ask us what High Street Retailer means because we’re clueless. We’re too lazy to Google what it means and we’d rather ogle at Ryan’s supersexiness.

By the by, we told you Ryan Reynolds is our imaginary boyfriend, right? So we’re pretty sure you understand why we are blogging about him again. That’s two blog posts in one day. Hehe.

For those of you who are going “What watch is he wearing”, well, that’s a fabulous Cartier watch he’s wearing in the picture above as well as in the next one below. 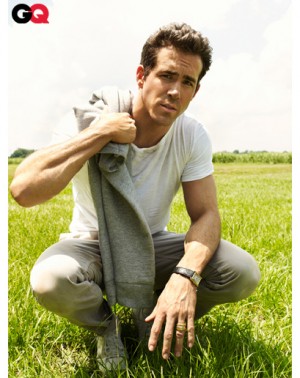 Incidentally, other celebs who wear this French luxury watch include footballer Cristiano Ronaldo and world famous DJ Paul Van Dyk. Check them out in our list of Cartier-wearing celebrities.

UPDATE: Ryan Reynolds is an Oscar Contender for Buried
27 October 2010 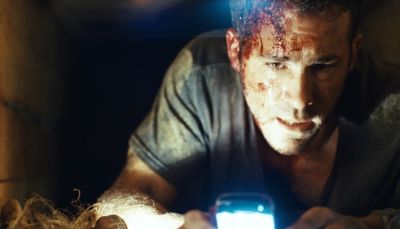 Ryan Reynolds for an Oscar Award nomination? If there is justice in this world, Canadian hottie Ryan Reynolds (aka Mr. Scarlett Johansson) should receive an Oscar nomination for his riveting performance in Buried. He’s really really good in the movie so it’s no surprise that critics are raving about his performance. The movie itself records a very high 87% rating in Tomatometer so audiences are connecting with it too (and Ryan’s performance of course).

We just hope that Buried gets a wider release (only 88 movie houses in the U.S./Canada are showing it this week) so people will get to see this gem of a film.