Robert Pattinson Underwear as Swimwear Look. Here are more photos of Robert Pattinson going for a swim in his underoos. Clearly it is not advisable to use your underwear as swimwear but there’s no rule against it if you are doing it in a private place.

In fact, we know underwear is banned in public pools and beaches. So you can do a Pattinson in the privacy of your own home but don’t wear underwear as swimwear when you are in, say, Hansen Dam Aquatic Center. 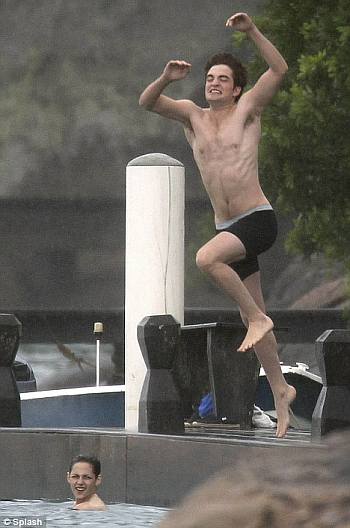 In case you’re not wearing your glasses, that’s Kristen Stewart already chillin’ in the pool. 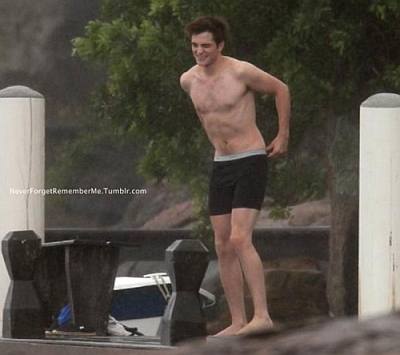 Here’s Robert going for the peekabo underwear look with the help of his sagging sweatpants: 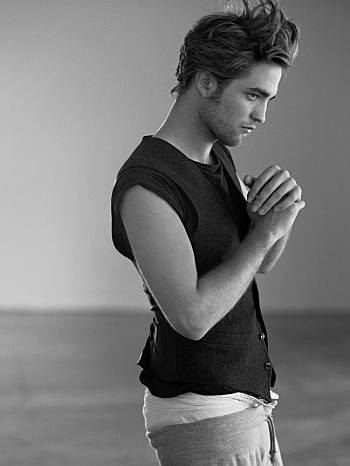 He sure loves him his Hanes underwear doesn’t he? We’re surprised the Hanes people haven’t contacted the guy to model their outfits. Want more male celebrity underwear? 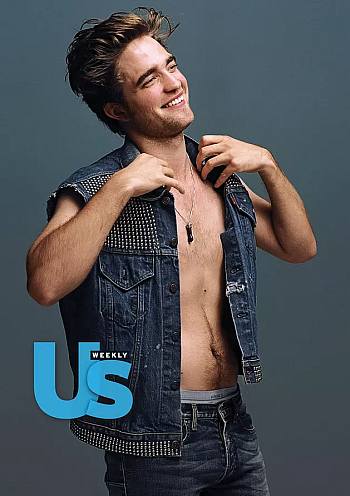 …..
Marks and Spencer RPant Underwear (4 June 2017): By the way, did you know that British retailer Marks and Spencer is going to sell a men’s underwear collection named after the Twilight hunk? According to a report by The Guardian, they’re going to call it R-Pant and its going to consist of low-rise briefs and trunks. Watch out for them in the M&S store near you.

From the Guardian: “A teenage vampire is not the obvious choice of inspiration for a range of men’s underpants. But Robert Pattinson, or R Patz as the star of The Twilight Saga is known by fans, has been named as the inspiration behind Marks and Spencer’s new slim-fit underwear.”

The report adds: “Dubbed the R-Pant, the low-rise briefs and trunks are designed to be worn under skinny jeans and trousers, a look popularised by the likes of Russell Brand and Mark Ronson, two celebrities the chain cites as design influences.”

So RPatz fans, do yo think you will be buying a pair of R-Pants? Or would you rather buy a boxer short similar to what he was wearing in the photo below when he was starting out as a male model?

Seriously, everything about this underwear is awesome. You’ve got RPattz’s lips (mouth) right in your you-know-what so it’s like he’s kissing it (we don’t like to use a stronger and more appropriate word). We of course know that RPatts is a vampire, and vampires are into blood, and …… well, you arrive at the conclusion yourself. 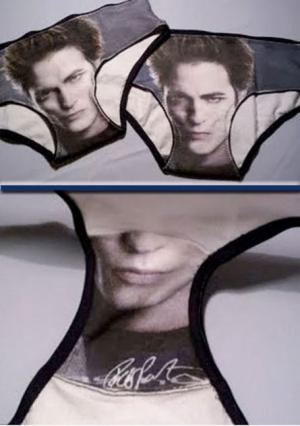 You know what would be more than awesome? If someone produces a similar Robert Pattinson underwear but this time targeting the male demographic. Hehe.

Okay time now for the ageless boxers or briefs question. What kind of undies does your favorite British emo hunk wear? Well according to the papz who took these department store photos of RPattz, he actually bought a handful of boxer briefs. So we guess you can now say that he’s a boxer briefs man. 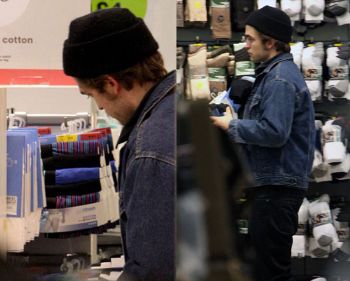 But maybe he prefers the boxers rather than the briefs. Check out these photos, those clearly are black boxers he’s wearing, no? This should settle the boxers or briefs debate! 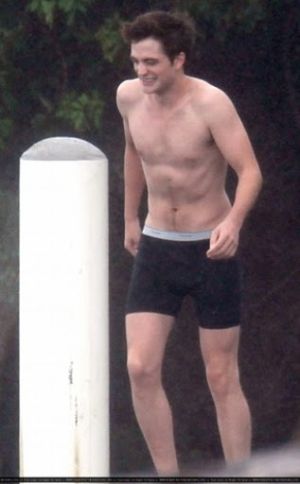 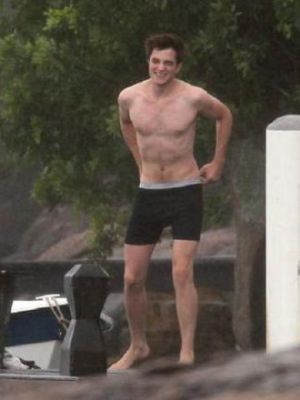 Now, for more Robert Pattinson underwear news, you should check him out (as well as other male celebrities) wearing Fruit of the Loom underwear.