Today is Black Male Models and Celebrities day, so we’re bringing you up and coming black male model and actor Quincy Brown. Quincy is not new to the celebrity world because he grew up with stepdad Sean “Diddy” Combs and model mom Kimberly Porter.

Quincy’s biological dad is a celebrity in his own right — Grammy nominated singer/producer Al B. Sure!

Like his parents, Quincy is also starting to make a name for himself in the biz. He is a singer, male model, and has — to date — 6 acting credits to his name according to IMDB.

Surely Quincy, at only 24 years old, has a big future ahead of him in the biz.

Quincy Brown Shirtless Photos. For those of you looking for Quincy’s shirtless photos. 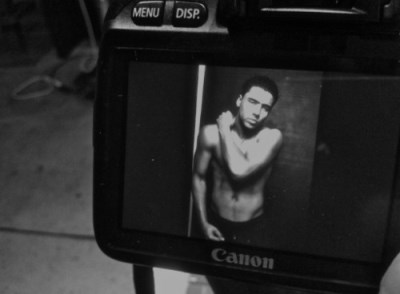 That’s a big-ass pair of sunglasses! 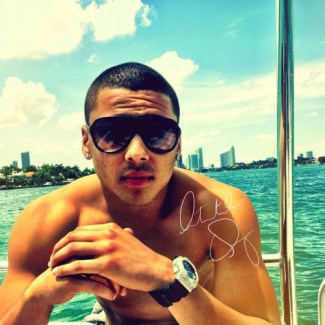 This is the Quincy Brown shirtless workout photo you’ve all been looking for. 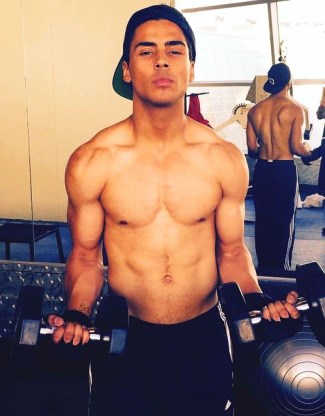 We love his beanie hat. 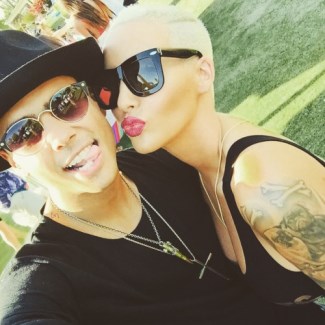 It does not look like Quincy is dating anyone at the moment. As for his exes, dating history website famousfix.com lists Keke Palmer and Kelly Osbourne as ex-girlfriends.

So Quincy and Kelly are down with the swirl, eh?

Now if you believe some rumormongers at Lipstick Alley, Quincy isn’t down with girls at all. Says memyselfni:

He’s not straight. He never messed with Keke Palmer AT ALL! Him and his “BFF” Alfredo are gay.

Do we believe these rumors at all? Nah! Of course not. But you know you are getting famous and ascending the celebrity ladder if there are gay rumors about you! 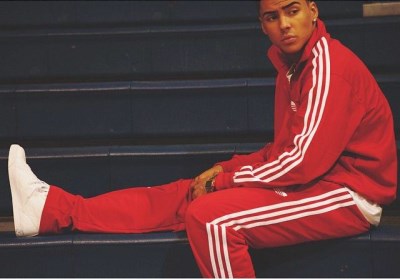