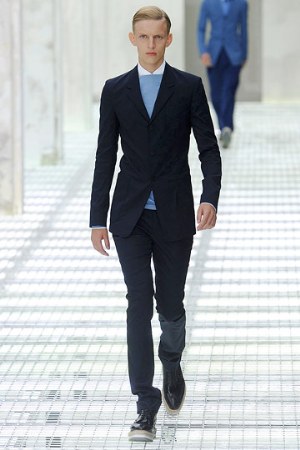 Which of these jackets is your favorite? The orange one? The two dark blue Prada jackets? The light blue jacket? Or the silly-looking denim jacket (or is that really a jacket?) which looks like its inspired by the outfits that institutionalized mental patients wear? 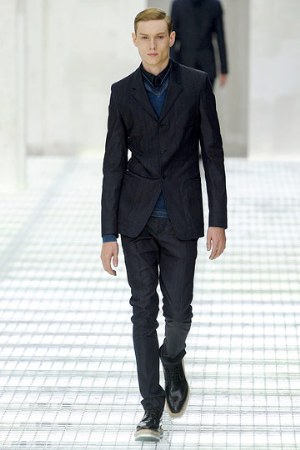 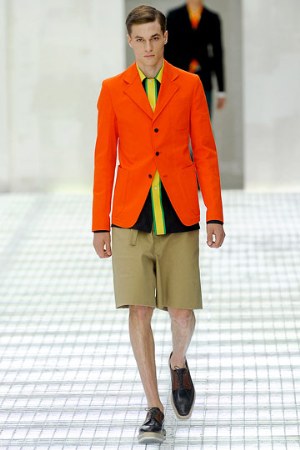 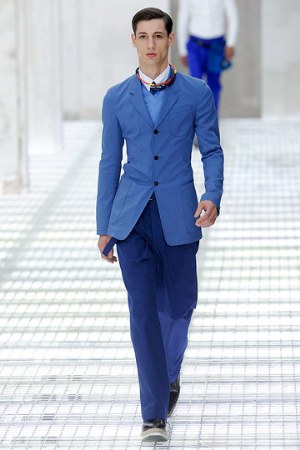 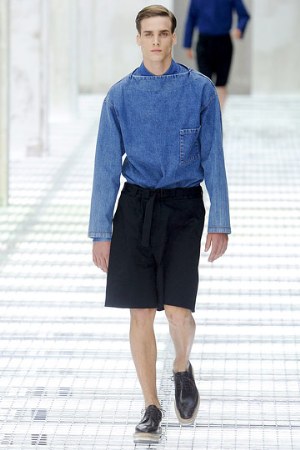 Celebrities Wearing Prada Men’s Jackets (24 September 2011). So, who among famous men and celebrities were spotted in Prada jackets? Let’s blog about them shall we?

First up is Twilight hunk Taylor Lautner who wore this Prada sports jacket in a photoshoot for GQ Magazine. 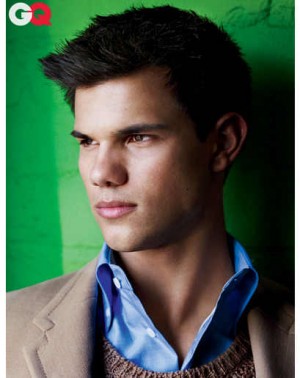 It’s kinda hard to see Taylor’s jacket in full so here’s a runway model in the Prada Fall 2010 Sport Jacket. 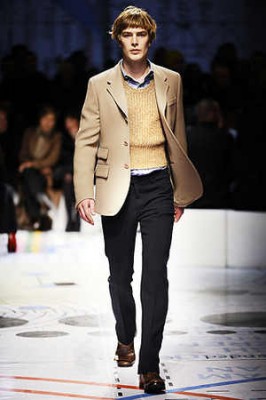 Another celebrity seen in a Prada jacket is English stage/television actor Matt Smith. Matt, who’s probably most known as the 11th doctor in the long-running TV series Doctor Who, is wearing a jacket by Prada from the label’s Autumn/Winter 2010-2011 Menswear Collection. 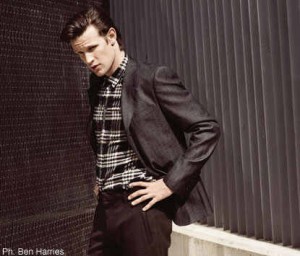 For his part, British hottie and Twilight actor Robert Pattinson (he’s like Taylor and Matt put together hehe) dons a Prada Fall 2011 Menswear Tuxedo Jacket in this photoshoot for Vanity Fair Magazine. 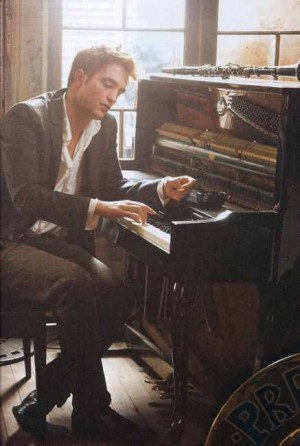 As in the case of Taylor, it’s somewhat challenging to see RPattz’s jacket so let’s have another model show us what the jacket looks like. 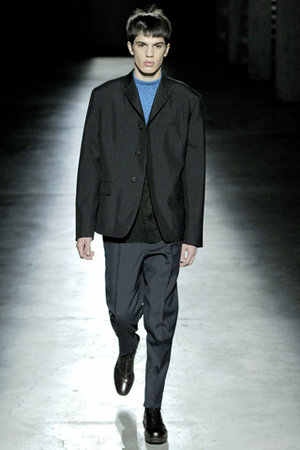 Speaking of models, what do you think of actor Tobey Maquire and his modeling gig for the Fall/Winter 2011-2012 campaign of Prada. Is this an attempt by Prada (and Tobey) to capture the “teen girl who love emo-vampires” demographic? 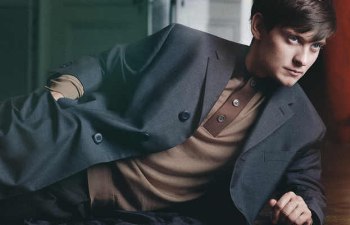 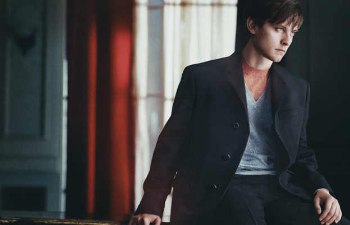 These photos kind of reminds us of RPattz’s character in Twilight.

Prada Jackets for Men Spring Summer Update. Since we’re originally about spring jackets, we think its fitting to end this update with the latest Prada men’s jacket collection for the upcoming Spring/Summer 2012 season. 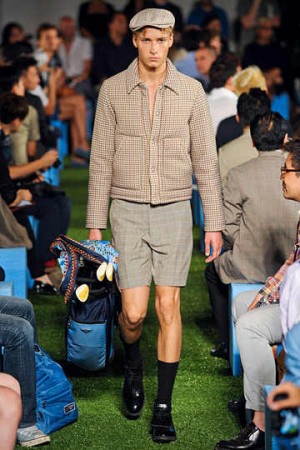 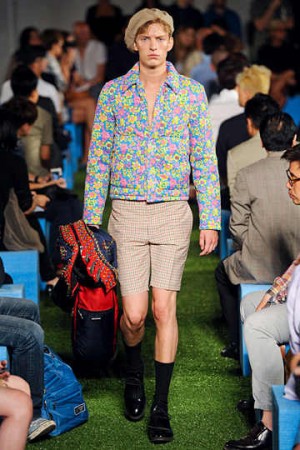 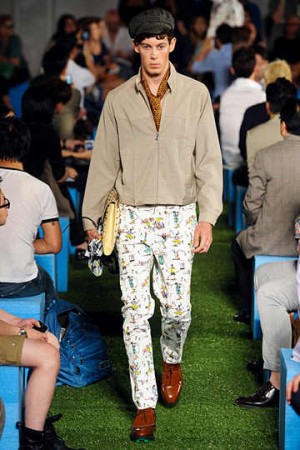 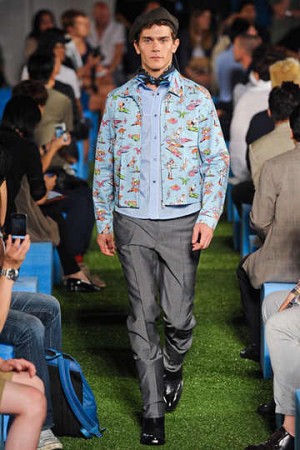 What do you think of Prada’s latest men’s spring/summer jackets? Are they fabulous enough for you?