Peter Andre Shirtless 2022 Update. So, how’s our Aussie/Brit singing hottie doing these days or five years after we last updated this post? Apprently, he’s doing very well. Did you know that he tied the knot back in 2015? He married Dr. Emily McDonagh who is currently working with the NHS. Here’s a photo from their wedding which Peter shared last year on his Instagram page (follow him @peterandre). 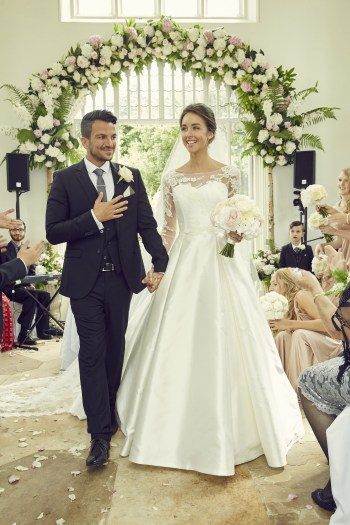 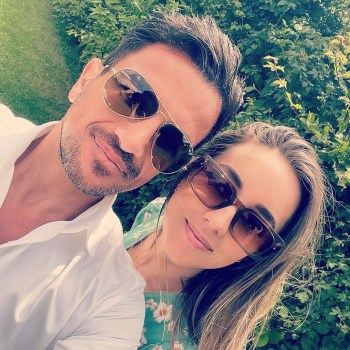 Career-wise, our singing hottie is currently starring as DJ Vince Fontaine in the West End production of Grease. Reviewers appear to not be impressed with the show but they are praising Peter’s acting and performing skills. Metro, for instance, states that “he deserves better” while inews.co.uk describes him as “charming” and the show as “weary”. 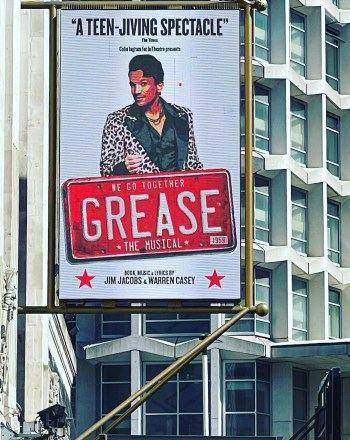 For the fans of shirtless Andre among us, here’s one from his 2020 calendar. Unfortunately, looks like he did not produce calendars during the pandemic because this is the latest one we found although there’s some superfan out there who’ve made some “unofficial” calendar featuring Peter. 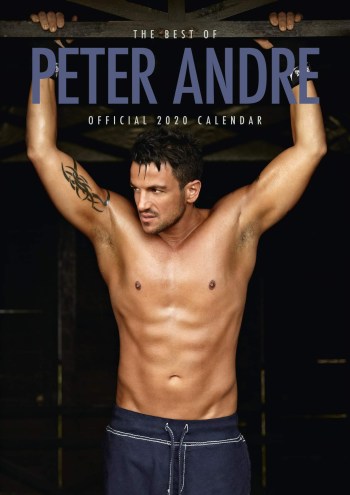 …..
Peter Andre Underwear Model, 2018 Calendar, and Other Stuff. Look who’s releasing a calendar for the coming year featuring His Very Own Hunkiness? Well, it’s no other than our imaginary Aussie/Brit boyfriend Peter Andre. He’s nearly ten years older since we first blogged about him back in 2009 but there is no denying that he is still every bit a hunk. [Update: Sorry, we had to delete some photos referred to in this post.] 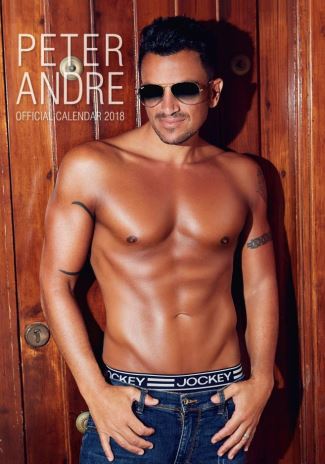 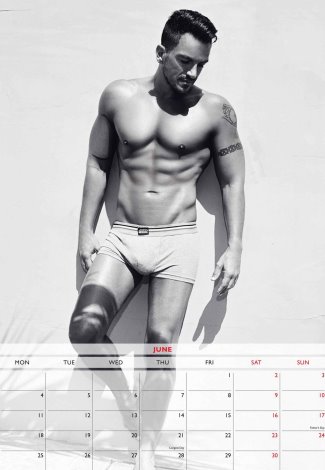 More Peter Andre underwear awesomeness which we should have published years ago but, apparently, have not. Peter in Calvin Klein boxer briefs. Is he using underwear as swimwear in the next pic below? What say you, fellow Famewatchers? 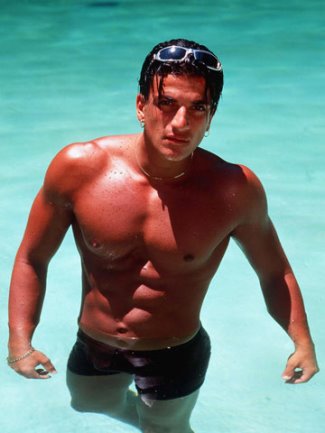 …..
Peter Andre Underwear Model for M&S: Old Photos. You will soon be seeing Peter Andre’s underwear in an ad campaign as the UK-based Australian singer Peter Andre has reportedly signed a contract to model for M&S underwear. And he’s going to be 500 thousand pounds richer for his efforts. That’s gotta be the coolest way to make money, huh? All he does is strip, put a sock down there. Pose. Then he’s got 500,000 pounds.

Huh! Will he really put a sock down there? Hmmm. We really don’t know but he reportedly joked about it with The Mirror. Says Peter: “It’s a bit of an on-running joke that I insist upon shoving a sock ‘down there’ for one photo of every underwear shoot. I figure if it’s OK for David Beckham to do, it’s alright for me too. And the results are great!”

Hehe. So Beckham isn’t as packed as he’d want the world to believe, eh?

By the way, the above pic of Peter is from a former photoshoot and not the M&S underwear ad which he is yet to make. Seems like there’s a sock under them under them tighty-whitie, no?

…..
Peter Andre in Boxers Underwear. Boxers or briefs? Clearly, Peter Andre is a boxers guy as you can see in this underwear photoshoot. We give props to Peter for having great abs. But then again, this is an old photo so we doubt if he still looks as toned as when this picture was taken. Anyways, does your gaydar go, “Ping” when you see this pic? Maybe this is why Perez Hilton thinks he is a queen. Seriously, what’s up with the Michael Jackson-like crotch grabbing, Peter? [Sorry, photo deleted.] 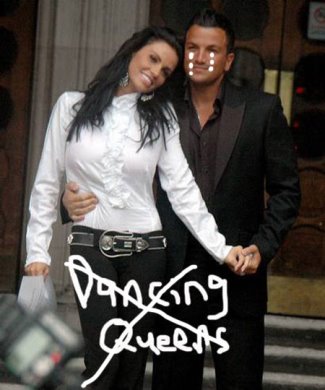 Admit it, Perez! You just want to get in them pants! 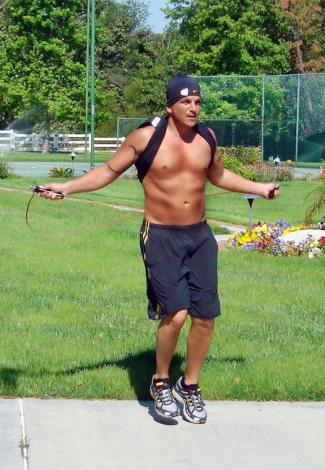 Peter Andre: The Next Chapter on ITV2 While his ex-wife Katie Price is loudly banging mixed-martial arts fighter Alex Reid, Peter Andre seems to be slowly resurrecting his career.

His latest single, Behind Closed Doors, is doing well in the charts. Moreover, Peter reportedly inked a deal with ITV2 to do a reality show called Peter Andre: The Next Chapter.

We are typically not fans of reality shows which do nothing but follow the lives of celebrities but we’re hoping Peter does well in this newest venture. Success is the best revenge as our wise old grandma used to say.

As for Alex Reid, we’re hoping he runs away from that woman as fast as possible. Seriously!