Penis Enhancing Pills for Glenn Beck’s Micropenis? Advertisers have been pulling out of The Douchebag Glenn Beck’s show at Fox but do you know what companies are still advertising on the show? Well, according to them people at Gawker, one of the remaining advertisers is Extenze penis-enhancing pills. 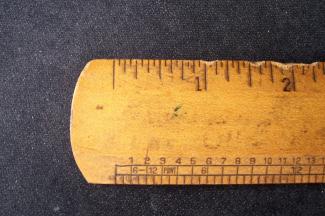 Are you, perhaps, wondering why Extenze is continuing to advertise on the blowhard’s show? The obvious answer of course is that those kinds of products are for bottom-feeding shows like Glenn Beck’s so its just a matter of like meeting like.

But here’s a more probable answer according to a source who knows the man: it’s probably because Glenn Beck is the number one customer of the Extenze pills. The source tells us that she used to date The Douchebag. She also tells us that he is one of them men who are “blessed” with a micropenis. She says she really didn’t mind it but she got super-annoyed by Beck’s douchebaggery so she decided to dump him. She also says that Beck’s loud and noisy behavior on TV could be because he wants to prove his manhood. You know, the…. what do you call that in psychology…. the Freud thing.

Anyhoo, for those of you who are wondering, “micropenis” is defined by pregnology.com as “An abnormally small penis that is seen in the newborn, measuring less than two centimeters in length from the pubic bone to the tip.” We prefer the definition of them guys at urbandictionary which goes like this: “A part of the male genitalia which requires tweezers and a magnifying glass to see”.

We didn’t ask our source whether she ever used a tweezer and a magnifying glass. By the way, our source has a tendency to exaggerate so we don’t know if she’s telling the truth or just pulling our leg.

Haha. You gotta love Roger Ebert for taking on Bill O’Reilly whose delusions of greatness is, well, Hitler-like.

Writes Roger in his Chicago Sun Times column: “Bill, I am concerned that you have been losing touch with reality recently. Did you really say you are more powerful than any politician?”

Ebert continues: “That reminds me of the famous story about Squeaky the Chicago Mouse. It seems that Squeaky was floating on his back along the Chicago River one day. Approaching the Michigan Avenue lift bridge, he called out: Raise the bridge! I have an erection!”

Not only does Bill O’Reilly have a small dick, he and his fellow Fox News apparatchicks also love them some tea bagging which, according to the Urban Dictionary means this: “To have a man insert his scrotum into another person’s mouth in the fashion of a teabag into a mug with an up/down (in/out) motion.”

But the term can also mean this: “The insertion of one man’s sack into another person’s mouth. Used a practical joke or prank, when performed on someone who is asleep, or as a sexual act.”

We won’t be surprised if Sean and Bill are teabagging each other.