Paul Knops Underwear Model: The Next Big Hollywood Star? Is Paul Knops the next Mark Wahlberg or the next Channing Tatum or the next male model to make it big in Hollywood? For the sake of our friend Kevin, we sure hope so. After watching the first episode of the A+E TV series, The Bible, our Kevin was like, “Wow. Who is that Adam?

He is so cute, hot, and delectable. I wouldn’t mind going back to the Garden of Eden and be his Eve.” Unfortunately for you our dear friend Kevin, Paul already has an Eve (it’s Darcie Lincoln in the pic above), but you are free to dream. Hehe. 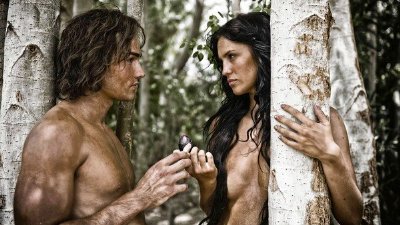 Anyhoo, turns out that Adam is Paul Knops. Because The Bible is his very first acting gig, there’s not a lot of info about him on the internets. But he’s been modeling for some time and we know that he stands at 6’1″ (or 188cm for you metric people), has brown hair, a 39 chest size, 32 waistline, and a shoe size at 9. Is his feet kind of small or what? Hehe.

His eyes are listed as either green (according to Nemesis Modeling Agency) or brown (according to Base Models) so its not clear what his eye color is. Maybe he is one of those very few people in the universe who happen to have different colors for each of their eyes. What do you call that condition? Heterochromia? We heard Dallas star Josh Henderson (see Josh Henderson Underwear Photos), has it.

Let’s check out some of Paul’s modeling photos, shall we? Is that the world’s best washboard abs or what? 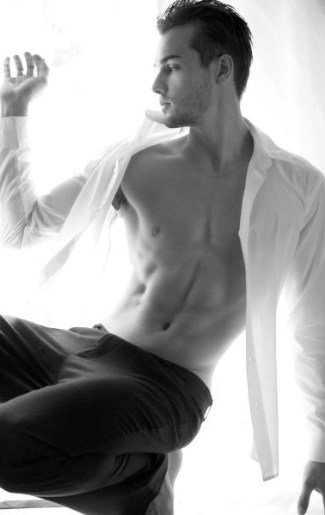 He is looking good in Cerruti 1881 briefs underwear. Cerruti is a high-end brand for those of you wondering; it’s based in Paris, France but the founder and designer is Italian, Nino Cerruti. 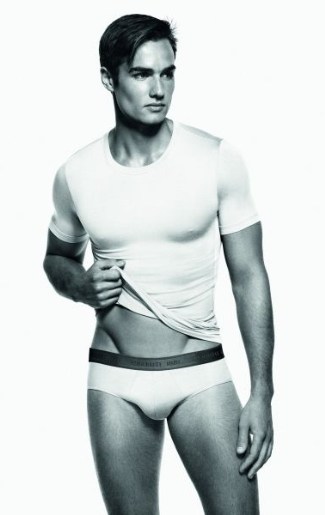 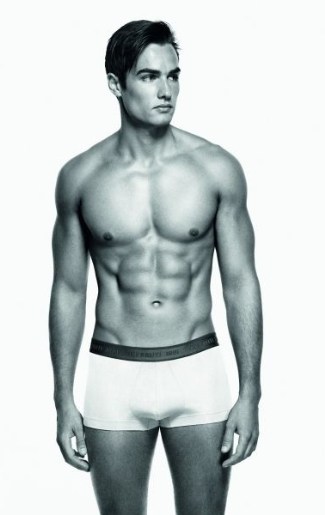 Paul goes for the geeky but sexy look. Short shorts, anyone? 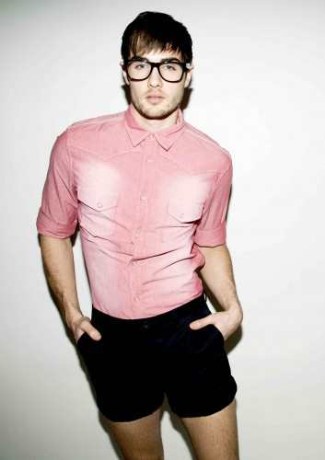 That’s a sexy slim cardigan he’s wearing, no? We love it. Surely, cardigan need not be bulky and uncool. 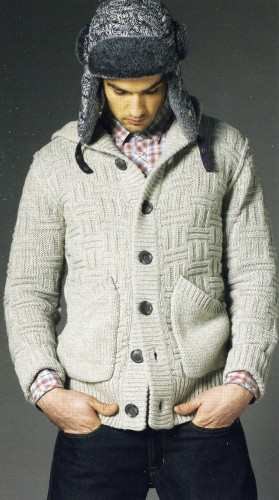 Let’s end this post with another underwear pic of our hunky model. Looks like Calvin Klein briefs or is it? 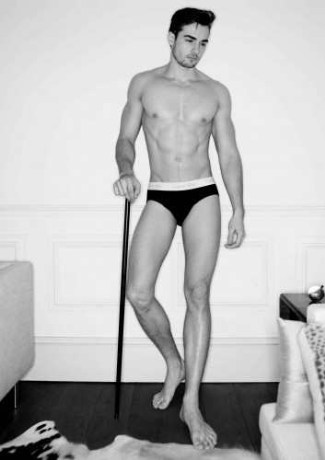